China Forecast: How Will Asia’s Growth-Engine Economy Perform in 2016? 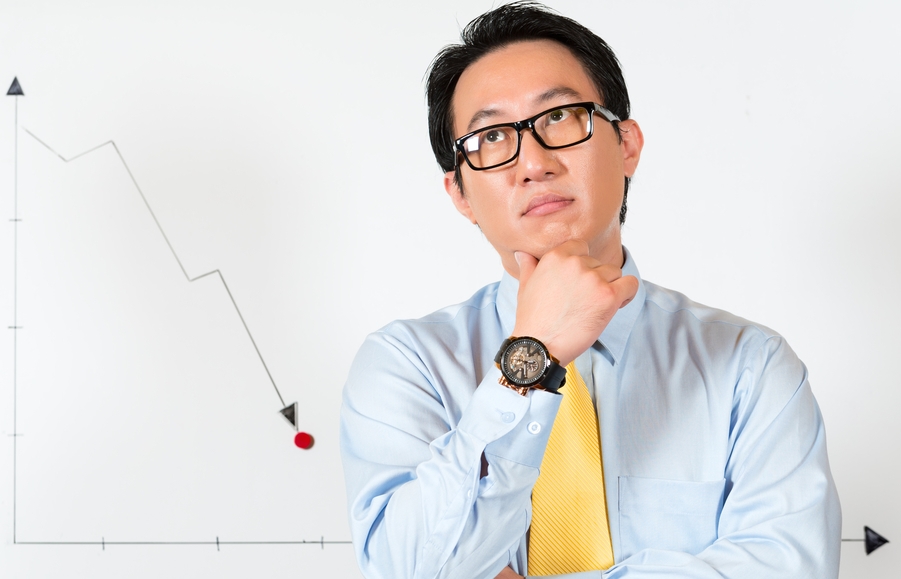 The economy will remain a two-speed one in 2016, with industry languishing while solid consumption supports light industry and especially services

Our GDP growth forecast for the coming couple of years is driven by the following key factors:

We expect real estate construction to remain weak through most of 2016, as the inventory of unsold housing comes down only slowly. We think this will continue to hang over the economy, depressing sales and profit margins in industry and exposing excess capacity in heavy industry. Thus, manufacturing investment should remain weak. In all, we have real fixed investment growth coming down further from 5.3% in 2015 to 4.7% in 2016.

We expect robust consumption to continue to cushion these pressures. Although urban labor demand growth is slowing, the demand-supply situation continues to be favorable for workers, with robust wage growth supporting consumption. However, wage growth will probably ease in 2016 as industrial profits remain under pressure. We project real household consumption growth to ease from 7.6% in 2015 to 7.2% in 2016.

The economy will remain a two-speed one in 2016, with industry languishing while solid consumption supports light industry and especially services, which together make up more than two-thirds of the economy. As an indication of how this two-speed economic growth is changing the structure of the economy, we now project that, with pricing power very different in services than in industry, the share of the service sector in GDP will rise by 2 percentage points in 2015 to more than 50%.

We expect exports to grow only modestly. With respectable economic growth in the US and Europe, global trade should expand at a reasonable rate in 2016: notwithstanding recent disappointments and possible continued headwinds from emerging market demand we project China-relevant global demand to grow 2.9% in 2016, after 0.4% in 2015.

We expect the government to continue to take incremental measures to support domestic demand to ensure that growth does not deviate too much from its targets. The organic growth drivers should generate decent overall GDP growth. But this is unlikely to be enough to meet the government’s 2016 growth target, which we think will be set at 6.5%, in line with a similar target for the 13th Five Year Plan (2016-20).

The experience in 2015 underscores how keen the leadership is to broadly meet its growth target. We think policy space remains, but more on the fiscal side than the monetary side. Against this background we expect GDP growth to ease to 6.3% in 2016.

In 2017 we expect global demand to grow faster than in 2016, which should support China’s exports. Moreover, we think the cyclical downturn in real estate will mitigate somewhat in 2017 as the inventory of unsold housing should have come down sufficiently for developers to start new projects. This should ease some of the pressure on heavy industry and mining.

We expect the slowdown in China’s potential GDP growth in the coming decade to take place fairly gradually, an outlook that is relatively benign compared with that for many other emerging markets

The eventual real estate construction recovery will be more subdued than previous ones, in our view, amid some deceleration in the pace of urbanization and less investment demand for housing than in the past. With growth of consumption and other investment also easing somewhat further, we project GDP growth to soften to 6% in 2017.

Moreover, a recent development that has surprised people is the extent to which Chinese manufacturing is moving up the value chain. This is visible in changes in the structure of exports.

It also shows up in a displacement of imported components by domestically sourced items, which partly explain why the upward revision of our GDP growth forecast from 2017 onwards did not lead to a significant upward adjustment of our import projections.

These cyclical developments take place against a background of gradually slowing trend growth. In our longer-term forecast, GDP growth will average 6.2% per year in 2015-19, and 5.2% in 2020-24, broadly equal to our estimate of average potential GDP growth over this period.

Our projection for potential growth in 2015-24 is down significantly compared with our estimate for 1995-2014. The reason is that the three key drivers of growth in our growth accounting framework are all subject to downward pressure.

Labor will feel the impact of the demographic transition. Growth of the capital stock will also come down because of rebalancing of the pattern of growth from investment and industry to consumption and services.

And TFP [total factor productivity] growth – very respectable so far in China – is likely to come down as well, in part because manufacturing production will expand less in the coming decade than in the previous 15 years. We have TFP growth falling from 3.5% in 1995-2014 to 2.1% in 2015-24.

Nonetheless, we expect the slowdown in potential GDP growth in the coming decade to take place fairly gradually. Indeed, this growth outlook is still relatively benign compared to that for many other emerging markets and developing countries.

Behind the long-term forecast

How to judge whether this long-term forecast for China is reasonable and realistic? One way is to look at the experience of other countries.

One influential international benchmarking exercise was a 2014 paper by Summers and Pritchett. They argued that, compared to the global experience, China has been lucky so far, but statistically, it is likely that China will “revert to the global mean” of 2% GDP growth.

However, we disagree with their assumption that growth experiences are randomly distributed, with each country’s experience a “draw out of a hat”. We think that policy settings and other features differ strongly across countries and that they influence trend growth in a major way.

Countries such as Japan, South Korea and Taiwan have shown that with a sound, supply side-oriented policy setting it is possible to grow rapidly for long periods of time, thus tending to catch up with US living standards.

We think China shares important characteristics with Japan, South Korea and Taiwan and that China’s growth trajectory is much more likely to resemble theirs than that of the average developing country.

Overall, we think that some progress is gradually being made on the reform front in China and we assume a reasonable degree of progress in the coming 10 years

Indeed, China’s relatively high TFP growth in 1995-2014 is not because of luck. Cross-country empirical research suggests that TFP growth is driven by infrastructure, other investment, education, the quality of governance, transfer of technology via imports and FDI, financial development, competition and geography.

China has actually done well on those fronts compared to other countries and the good performance of China on most of these dimensions explains the bulk of the TFP growth differential between China and other countries.

However, in one respect China will look quite different in the coming decades from Japan, South Korea and Taiwan when they were at a similar stage of development. That is the demographic evolution and what it means for labor force growth.

In the period that Japan, South Korea and Taiwan had a GDP per capita of around 25%-34% of the US level in Purchasing Power Parity (which is what we project China will have in 2015-24), their labor force was growing 2.3-2.5% per year.

China will see little, if any, growth of the labor force in the coming decade. Therefore it is better to compare labor productivity growth than GDP growth at different stages of development.

Even on this metric, though, our trajectory for China for the coming 15 years looks somewhat conservative compared to those of the other East Asian countries earlier on. We assume that China’s labor productivity will grow somewhat slower in the coming decades than South Korea and Taiwan did at a similar stage of development.

This is in part because China’s economy is much larger, which means that it cannot rely as much on external demand for its manufacturing sector as the others did. An additional reason to be conservative is that periods of cyclically slow growth or crises are likely to occur, as was the case in the other East Asian economies.

Conservative as it may be, our long-term scenario still cannot be taken for granted. China’s favorable growth and productivity performance so far was in no small part the product of a sequence of structural reforms that unleashed productivity increases and re-allocated labor and capital.

Currently, the outstanding agenda includes a broad set of reforms towards rebalancing, industrial upgrading and sustaining growth. So far the progress on these reforms has been mixed, especially in politically difficult areas such as state-owned enterprises and fiscal reform.

Looking ahead, we do not expect a rapid breakthrough in areas where little progress has been made so far, given the political economy obstacles. However, overall, we think that some progress is gradually being made on the reform front and we assume a reasonable degree of progress in the coming 10 years.

As noted, economic hiccups and crises are likely. Also, eventually China is likely to have to undergo changes in its governance set-up, as was the case in the other economies.

However, in our view the defining feature of the East Asian experience is not the crises but the long-term growth path. And, with a GDP per capita of 24% of the US, in PPP terms (15% in market exchange rates), China is still in a relatively early, easier phase of catching up.

Thus, while long-term forecasting remains fraught with uncertainties, we think our scenario for China is broadly reasonable against the experience of other East Asian countries.

Louis Kuijs is Head of Asia Economics at Oxford Economics. This article is excerpted from China: Our Growth Outlook for 2016 and Beyond, a Research Briefing report published on 10 December 2015.