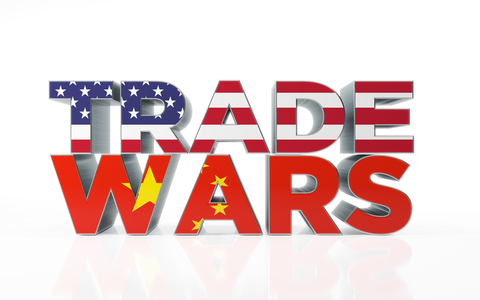 Twelve days before the US imposes heavy tariffs on US$34 billion of imported Chinese products, the People’s Bank of China announced on June 24 that it would trim the reserve requirement ratio for commercial banks effective July 5. The US tariffs come into effect on July 6.

The reduction will free 700 billion renminbi (about US$107 billion) for the banks to lend to state-owned companies and smaller, private enterprises.

Analysts see the move as a signal that China expects no end to the current tit-for-tat tariff war with US President Donald Trump, and is ready to arm its companies from a financing crunch. Beijing has drawn up a list of US goods exported to China that it would penalize with equally hefty tariffs on the same day the US tariffs on its products come into effect.

The fresh injection of liquidity is also seen as an attempt to goose the slowing economy, which has been hit by a crackdown on risky lending and soaring corporate debt. The banks will have to deploy the freed funds in ways that would not worsen financial risks.

The US shows no signs of moderating its pugnacious moves against China, the EU, Canada, Mexico, Japan and other countries that Trump accuses of unfair trade practices. The realization that the world is now in a trade war has unnerved capital markets, and is causing companies and their CFOs to rethink their budget and forecasting assumptions for the year.

In addition to tariffs on European cars, Trump has also threatened to undo the US free trade agreement with Canada and Mexico. The US plans as well to place limits on Chinese investment in US high-tech companies to slow China’s march up the technology ladder in robotics, artificial intelligence and other next-generation technologies.

Beijing is not backing down. According to reporting by the Financial Times, Chinese President Xi Jinping told a group of global executives last week that China cannot "turn the other cheek" and that “when one door closes, another opens” – a reference, said the newspaper, to  opportunities that could open up for non-US companies if Trump moves forward with his tariff threats.

The US president has instructed the US Trade Representative to explore tariffs on more Chinese goods worth up to US$450 billion – which is just about the amount of Chinese exports to America.