China and the World: The PRC Enters the Xi Era With a Double-Edged Sword 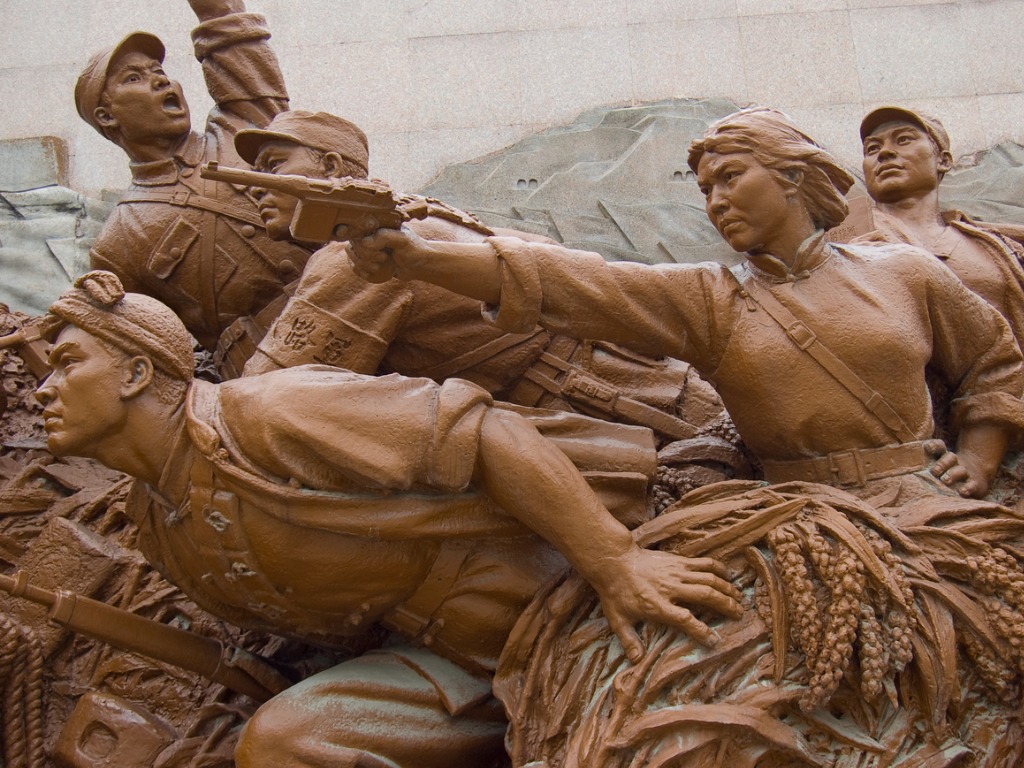 Xi Jinping is the first incumbent Chinese president to assume the “core” position in the Communist Party and write his name into Constitution after Mao Zedong.

We argue that a Communist Party equipped with authoritarian power is a double-edged sword for the Chinese economy. On the positive side, if power is exercised appropriately, it should be easier to crack down on constraints to reform.

On the negative side, though, it will be much harder to redirect the economy if it sets in the wrong direction because checks and balances will be absent.

Regarding the details of the revision of the Xi’s thoughts into the Party Constitution, several key economic messages are clearly sent out.

The Party rules everything. This means the Party will not only control state-owned enterprises (SOEs) but, most probably, will also extend their influence to the private sector.

The enshrinement of the Belt and Road Initiative. The initiative will be the cornerstone for China’s soft (and maybe hard) power.

There will be little room to shift gears in this more personalized approach to power. The Party (i.e., Xi) will rule everything and Chinese citizens will get a prize in exchange (more welfare).

The West should start realizing that it is no longer as important for China as it has been before, and the Belt and Road will take the baton over time. All in all, the world will face a sharp double-edged sword from the East.

The norm of inter-generational transmission of leadership seems to have been broken. One should also not be surprised by the re-election of Xi as Chinese leader and his inclusion into the Constitution.

The basis of Xi’s “core position” in the Communist Party had already been laid out in the sixth plenary session of the eighteenth central committee in 2016, and the announcement of “Xi’s thought” is only a confirmation of the sustainability of his strength. The world will see a more authoritarian Chinese Communist Party.

After the Mao era, although China still continued its one-Party framework, there has been apparently more democracy within the Party. Realizing the serious consequences of personal worship, then leader Deng Xiaoping had proposed the idea of “inner party democracy” to avoid any more mistakes that could arise from one-person rule.

Since then, the presidency had been also transmitted inter-generationally for fear of power concentration. Xi is the first incumbent president to assume the “core” position in the Party and write his name into Constitution after Mao. Undoubtedly, Xi will dominate inner party democracy for years to come.

What will this mean for China’ economy and the rest of the world?

We argue that a Communist Party equipped with authoritarian power is a double-edged sword for the Chinese economy. On the positive side, if power is exercised appropriately, it should be easier to crack down on constrains to reform, such as interest groups benefitting from the status quo.

On the negative side, though, it will be much harder to redirect the economy if it embarks on the wrong direction because of the absence of checks and balances.

Regarding the details of the revision of the Xi’s thoughts into the Party Constitution, several key economic messages are clearly sent out.

The Party rules everything

To reign over the Chinese economy, the Party needs to get control of domestic economic resources. This means that the Party will not only control state-owned enterprises but, most probably, will also extend their influence to privately owned enterprises (POEs).

In the same vein, we should expect more resources to be deployed to support SOEs. In return, state owned enterprises, especially the cash cows, will need to support the government with more dividends.

As for private companies, the best way for the Party to keep an eye on them will be for SOEs to become strategic investors in large POEs.

Transformation of China’s principle of contradiction

The emergence of elites and widening wealth disparity stemming from rising property prices are increasing the discontent of a large part of the population. For many, there is a need for a strongman to bring “social justice” to the country.

Xi’s relatively easy way into autocracy can be explained by this social quest for justice. To fortify support, though, Xi will need to deliver and, thus, offer more welfare to Chinese citizens.

China’s principle of contradiction – a phrase coined in Marxism – has been the guiding framework for China’s development strategy since 1981. The essence of this principle is that China's principal contradiction is the growing material and cultural needs of the people and its backward social production.

Growth has been too slow to satisfy the needs of Chinese people, which is behind the extreme importance of economic growth in all China’s five-year plans since. Xi’s new principle of contradiction is unbalanced and inadequate development and the people’s ever-growing needs for a better life.

This means citizens’ well-being is to become the key objective of China’s economic policies going forward.

Enshrinement of the Belt and Road Initiative

The Belt and Road Initiative has been included in the Party Constitution together with Xi’s own position as well as his military thoughts. This basically means that BRI will be the cornerstone for China’s soft (and maybe hard) power.

There is an important caveat in the discussion of FDI and this is that market access might only be offered to foreign investment in China’s more underdeveloped regions. In fact, Xi explicitly says that he aims at "improving the balance in opening China’s different regions and opening the western region wider.”

He also adds that greater flexibility will be given to the “free trade pilot zone”. In other words, the Chinese government will probably follow a dual strategy in terms of openness to counteract income disparity. This also resonates well with the ultimate objective of social well-being and more equal income distribution.

Although the issue was not unexpected, Xi was probably harsher than thought. As such, we can expect a continuous suppression of investment demand for property through strict and comprehensive macro-prudential measures in the future. As a result, it is very likely that the real estate market boom in 2016 will not be repeated in the future.

In other words, the current deceleration of housing prices will probably continue. This, however, does not imply a sudden correction or a crash, which t could probably be as destabilizing as the continuation of a bull market, if not more so.

Natixis is the second-largest banking group in France. This article is excerpted from two issues of China Hot Topics, issued on 2o October 2017 and 25 October 2017, and was re-edited for clarity and conciseness.