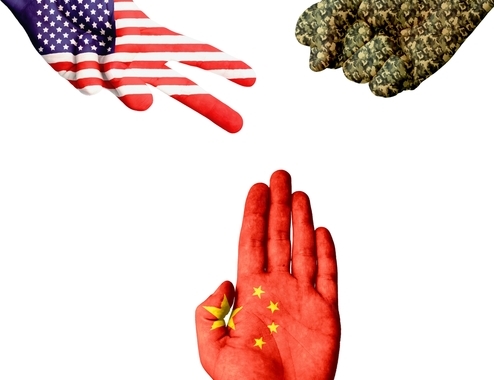 Let’s get this straight. We’re not saying that there’s something wrong with the financial statements and other information in Alibaba’s multi-billion dollar initial public offering, which promises to be one of the largest the world has ever seen.
It will be the US Securities and Exchange Commission (SEC) that will determine whether this is the case, in a series of reviews that is required before Alibaba’s American Depositary Shares, which can potentially raise as much as US$23 billion, could start trading.
But there is a chance that Alibaba’s financial statements “could be determined to not be in compliance with the requirements of the Exchange Act,” the company acknowledges in its prospectus. “Such a determination could ultimately lead to a delisting of our ordinary shares from the New York Stock Exchange or Nasdaq Global Market or deregistration from the SEC, or both.”

There is already a whiff of controversy around Alibaba’s auditor of record, PwC

Not only Alibaba, but many other China companies listed in the United States, would be affected. This situation would arise if the ruling by Cameron Elliot, Administrative Law Judge of the SEC, comes into force. In January, Elliot banned the Big Four accounting firms in China plus BDO China Dahua CPA from practicing before the SEC for six months.
The suspension will not come into force until the Commission enters an order of finality, notes Paul Gillis, Professor of Practice at Peking University’s Guanghua School of Management. The ruling is on appeal and the SEC has seven months to reconsider or confirm it.
If the SEC does impose the ban, the firms could appeal to the courts for a stay of the order. “That could delay the problem for a long time, but that may not be the best outcome for the firms or their clients,” says Gillis, whose book, The Big Four and the Development of the Accounting Profession China, was published in March.
Gillis believes that the overhang could impose a “China discount” on Alibaba’s valuation. As Alibaba itself warns, “any negative news about the proceedings against these audit firms may adversely affect investor confidence in companies with substantial mainland China based operations listed in the US.”
Who Did the Audit?
There is already a whiff of controversy around Alibaba’s auditor of record, PwC. The audit opinion in the prospectus is signed by PricewaterhouseCoopers Hong Kong, not the mainland China member firm, PricewaterhouseCoopers Zhong Tian CPAs, which is one of the five firms covered by Elliot's ruling.
“This is kind of an anomaly,” says Gillis. “You’ve got a large mainland company with all of its operations in the mainland and PwC says it’s their Hong Kong affiliate that’s auditing it. That may be the truth, but it seems a highly inefficient way to audit a mainland company.”
He thinks the odds are that Zhong Tian had done the bulk of the audit work and arguably should have been the one that signed the audit opinion. Zhong Tian has an office in Hangzhou, where Alibaba is headquartered and where most of its facilities are located.
The Hong Kong firm could have sent its own staff to Hangzhou, concedes Gillis. But why do that when Zhong Tian is already in Hangzhou and has its biggest office in nearby Shanghai?
In any case, the prospectus implies that Zhong Tian did play a role. “If the affiliate of our independent registered public accounting firm were denied, temporarily, the ability to practice before the SEC,” Alibaba wrote, “we would need to consider with our Hong Kong based auditor the alternate support arrangements they would need in their audit of our operations in mainland China.”
How big the role is the question. “If the support of the mainland firm is so important that the Hong Kong firm cannot do the audit without the mainland firm, who’s really doing the work?” asks Gillis.
Outsourcing parts of the audit to Zhong Tian does not automatically mean that PwC Hong Kong cannot sign as the auditor. America’s Public Company Accounting Oversight Board (PCAOB) says that it is up to the auditor to decide whether “his or her own participation is sufficient to enable the auditor to serve as the principal auditor.”

"KPMG signs almost all of their audit reports on US-listed companies in Hong Kong. That does not seem appropriate"

How much work does the Hong Kong firm have to do before it can sign the report? “It becomes a matter of degree,” says Gillis. “PCAOB will be the one that will ultimately evaluate that. Unfortunately, they are not allowed to come to China or Hong Kong to check that out.”
Beyond Alibaba
“This problem is broader than just PwC and Alibaba,” the Peking University professor argues. “KPMG signs almost all of their audit reports on US-listed companies in Hong Kong. That does not seem appropriate, whereas the other audit firms sign most of their US-listed companies on the mainland.”
Is it all a storm in a teacup, though? It will take years for Judge Elliot’s ruling to come into effect, if the ban is imposed at all. In the meantime, it’s business as usual for PricewaterhouseCoopers Zhong Tian, Ernst & Young Hua Ming, KPMG Huazhen (Special Partnership), Deloitte Touche Tohmatsu Certified Public Accountants, and BDO China Dahua CPA.
Gillis is not so sure. The issue is actually not limited to accounting and business, but is intertwined with matters of national security and US-China relations. Elliot’s ruling stemmed from the refusal by the five accounting firms to produce their audit working papers related to ten US-listed Chinese firms that have been charged with wrongdoing in the US.
The accounting firms said China’s national security laws prevent them from granting the SEC access to the documents. In refusing to furnish the SEC with the papers, however, they run the risk of violating the US Sarbanes-Oxley Act of 2002. Elliot has concluded that they have, indeed, violated Section 106 of Sarbanes-Oxley.
“There are negotiations between the United States and China going on,” says Gillis. “Those negotiations hopefully will bear fruit.” He thinks the SEC is looking for a diplomatic solution. The opportunity may come in July, when the US and China hold their regular strategic and economic dialogue in Beijing.
But relations between the world’s two largest economies are at a low point right now owing to China’s increasingly assertive territorial claims on waters that are also claimed by Japan, the Philippines, Vietnam and other Asian nations. China has accused the US of interference in regional affairs. Washington has reiterated its commitment to honor military alliances with Japan and the Philippines.
And China's Ministry of Finance raised the ante last week when it proposed restrictions on accounting firms outside China sending in their staff into China to audit mainland companies. According to the South China Morning Post, the proposed new rules will require them to partner with onshore accounting firms, which will conduct the audit. The proposal also reiterates the need for local accounting firms to strictly follow China's secrecy laws and to observe the ban on passing on information to regulators or exchanges outside China.
Permanent Ban
What if no diplomatic solution is reached? “You run the risk of the SEC ban going into effect, and that’s going to have a serious effect on US-listed China companies,” warns Gillis. “The ban has been stayed, but it will stay out there until it’s resolved.”
The initial prohibition can become permanent. “If the accounting firms go and serve that six-month ban and then they come back and start practicing again, it’s only a matter of time before the SEC asks for another set of work papers,” says Gillis. “If the firms refuse to turn them over, then the SEC will return to the judge and asks to make the ban permanent.”
That’s what Alibaba’s risk alert in its IPO prospectus is all about. The China companies being audited by the banned accounting firms will be frozen out of the capital markets. The stock exchange will have to decide whether to allow them to continue trading even if they don’t have auditors in the eyes of the SEC.
The reputational hit on both the accounting firms and their clients will be considerable. Alibaba can possibly change auditors, but the affiliates of the smaller international accounting firms and the homegrown auditors do not seem to have the resources and expertise to do the work. Besides, there will always be a possibility that the SEC may ban those firms as well.
For companies and accounting firms, no good can result when they get caught in the machinations of two mighty adversaries. They can only hope that China and the US can look beyond the politics and security issues and come to an accommodation.
About the Author
Cesar Bacani is Editor-in-Chief of CFO Innovation.