Calling a Bottom for the Renminbi: Recent Depreciation Trend Set to End 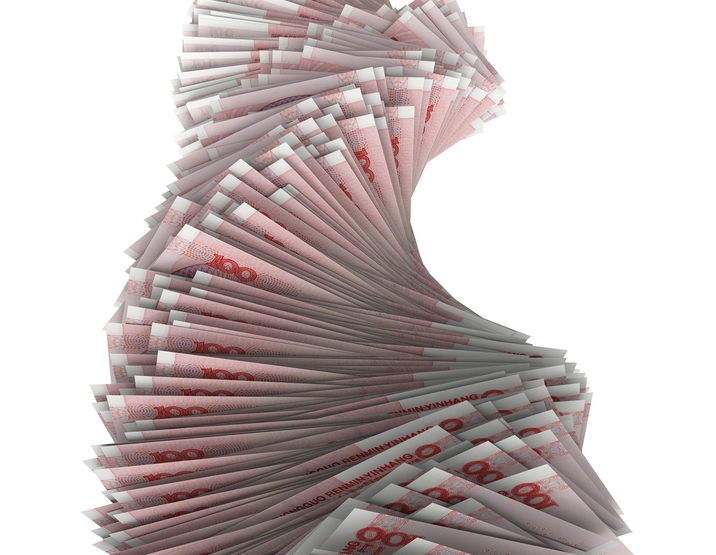 The CNY has weakened substantially in recent months, especially since early May. It reached 6.7 to the US$ in the second week of July, a level not seen since 2010, before strengthening marginally. It has also depreciated in trade weighted terms. Versus the authorities’ CFETS basket, it weakened 6.4% through the second week of July, before rising 0.8% in the last 10 days.

Markets have responded differently in part because, compared with early January, they are less worried now about the state of China’s economy and the associated possibility that the authorities may drive the currency down sharply to ‘crowd in’ growth. Also, the recent CNY depreciation has been nicely gradual.

Financial capital outflows have subsided. In recent months net financial outflows have been US$20-30 billion a month, a level that can broadly be sustained without depleting FX reserves

Another major reason behind the sanguine response is that financial capital outflows have subsided. In late 2015 and early 2016, net financial outflows reached US$100-140 billion per month.

Since February, they have come down substantially, following vows by policymakers to not sharply depreciate the exchange rate. Various measures have also been implemented, including stricter enforcing rules restricting financial outflows and, apparently, asking the banks to tone down foreign lending.

As a result, in recent months net financial outflows have been US$20-30 billion a month, a level that can broadly be sustained without depleting FX reserves, given China’s current account surplus.

Meanwhile, the composition of the outflows continues to evolve. We can usefully break down the financial flows into a few distinct types. Some types are less worrisome than others, since the authorities can, in principle, influence them relatively easily and/or they are unlikely to become large enough to become a major problem.

Foreign lending by Chinese banks, which resulted in a net outflow of US$71 billion in Q3 2015, has been brought down since then – likely at the behest of policymakers – and led to a net inflow of US$10 billion in Q1, as repayments exceeded new lending.

The remaining type constitutes flows of Chinese financial capital other than via foreign lending. This includes portfolio flows and flows resulting from changes in holdings of foreign deposits and currency, as well as changes in “other foreign assets” and errors and omissions.

These types of flows are in principle the most worrying, because they could be large. We estimate that relatively mobile financial assets in China equaled around US$18.4 trillion in end-2015.

Such outflows could potentially be sustained at a high level for a long time if sentiment and expectations on the CNY worsen substantially. That is why the government has strived to contain them and why they need to be watched going forward.

We have recently revised our CNY forecast somewhat and now expect it to reach 6.8 at the end of 2016 and 6.9 at the end of Q1 2017, largely because of the expected strengthening of the US dollar associated with Fed tightening

In the 11 months through end-June 2016, China’s trade-weighted exchange rate has depreciated by 6.2% in nominal terms, according to the BIS, the broadest and internationally recognized basket.

The depreciation of the real effective exchange rate (REER) was about the same at 6%, as China’s CPI inflation has broadly equaled the average of its trading partners.

Combined with some ongoing appreciation of the equilibrium REER, this weakening of the actual REER has broadly removed the overvaluation of the CNY, according to our measurement.

In the short term, we expect the CNY to remain under some modest pressure. This mainly stems from some expected US dollar strength amid rising US Fed interest rates. Our US colleagues expect one more US Fed rate increase this year, and two in 2017.

Other major central banks, including the European Central Bank, will not be raising interest rates any time soon. This will lead to some more global US dollar appreciation. However, we do not expect this appreciation to be large – we forecast the greenback to rise only mildly against the euro to 1.08 by end-2016 and to 1.05 by end-2017, compared to 1.11 now.

In addition, some loss of growth momentum in China in H2 may exert some downward pressure on the CNY. However, in our baseline scenario, we do not expect market pressures to be very large.

Apart from these market pressures, it is key to take into account what policymakers want to do and see in China’s case. As discussed above, the CNY depreciation of the last year has basically undone the overvaluation that had emerged earlier on. Clearly, China’s authorities will be pleased to see that the overvaluation has diminished substantially.

The central bank will be keen to avoid such international complaints. In September, the G20 meet in Hangzhou and the inclusion of the CNY in the IMF’s SDR basket in October is also likely to limit the appetite for a weaker currency among policymakers, if history is any guide.

We have recently revised our CNY forecast somewhat and now expect it to reach 6.8 at the end of 2016 and 6.9 at the end of Q1 2017, largely because of the expected strengthening of the US dollar associated with Fed tightening.

The key risk to this baseline forecast is that market pressures on the CNY increase substantially, either because the US dollar appreciates sharply against other currencies or, in a context of worsening sentiment vis-à-vis China and its currency, net financial capital outflows rise again in a major way.

Over the medium and long term, with prices in China still only around half of those in the US, trend real effective exchange rate appreciation should continue as long as catch-up and relatively rapid productivity growth continue, even if the pace of trend REER appreciation in the coming ten years will fall short of what we saw in recent decades.

With China basically a low inflation emerging market, we expect most of this trend REER appreciation to take place in the form of nominal exchange rate appreciation, rather than relatively high inflation

Louis Kuijs is Head of Asia Economics at Oxford Economics. This article is excerpted from China: The CNY Outlook After the Recent Depreciation, a research briefing report published on 21 July 2016.