The Burden of Ethics on CFOs: A Reminder of What Companies Can and Should Do 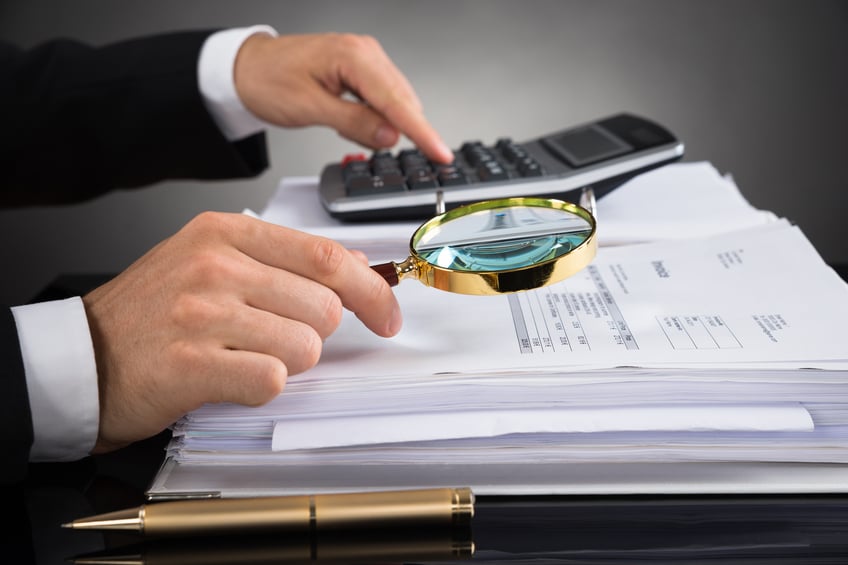 Driven by aggressive financial targets on their backs, CFOs may face a real temptation to jump into the deep sea of unethical practices of fraud, bribery and corruption.

Indeed, our findings from the recent 14th Global Fraud Survey 2016 by EY showed that 36% of the CFOs polled globally admitted they could rationalize unethical conduct to improve financial performance.

The survey also showed that Singapore executives are not totally closed off to unethical business practices. It revealed that the top three unethical behaviors which Singapore respondents would be willing to engage in to justify financial objectives are allowing for more flexible product-return policies, changing assumptions when determining valuations or reserves, and extending the monthly reporting period.

While the disparate locations in which multinationals operate add complexities to their anti-fraud programs, some fundamentals remain hygiene. This includes clear whistleblowing channels and policies that not only raise awareness of reporting mechanisms, but also encourage employees to report misconduct

This high degree of tolerance is particularly risky, especially when seen against the increase in efforts by global authorities to fight against fraud, bribery and corruption. Regulators are prosecuting individuals, including CFOs, and they are gaining traction.

In India, for example, where steps to increase transparency and crackdown on corruption have been taken by the government, our survey showed that the proportion of respondents from India believing that bribery and corruption happens widely in their country had declined from 67% in 2014, to 58% in 2016.

In China, 74% of local respondents reported that enforcement is effective, indicating the apparent effectiveness the country’s move to stem corruption.

This growing scrutiny is worth noting, particularly as companies venture into new markets, which inevitably raises the risks of fraud and corruption. The setting of overseas operations and M&A ventures often involves third-parties – and unless sufficient due diligence is conducted, companies could find themselves exposed to fraud risk liabilities overseas.

Indeed, in EY’s report, over half of all companies that had exited investments in Africa, Brazil, China, Eastern Europe or India cited fraud, bribery and corruption risks as a contributory factor.

What companies can do

While the disparate locations in which multinationals operate add complexities to their anti-fraud programs, some fundamentals remain hygiene. This includes clear whistleblowing channels and policies that not only raise awareness of reporting mechanisms, but also encourage employees to report misconduct.

Apart from relying on whistleblowing channels, which counts on the willingness and vigilance of employees, organizations can also leverage technology to detect fraud risk, and incorporate forensic data analysis as part of a comprehensive anti-fraud compliance program. 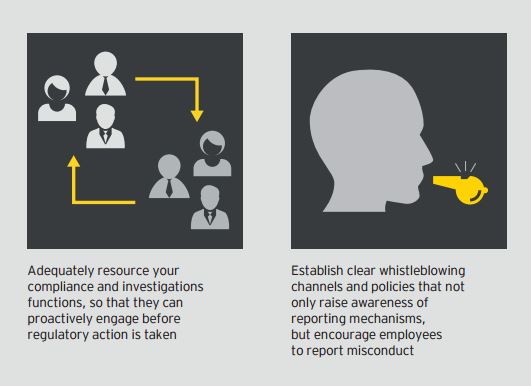 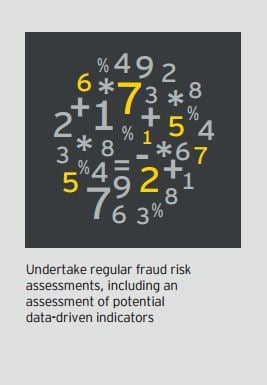 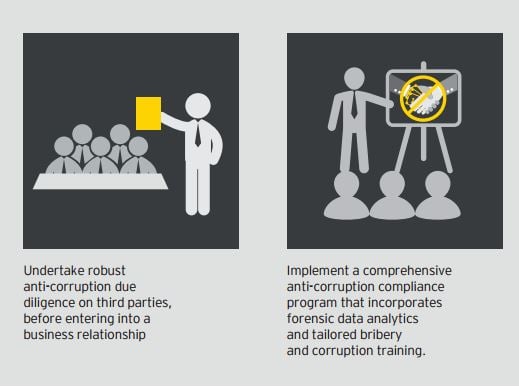 CFOs should take the lead

The success of any anti-fraud compliance program is often contingent on the close collaboration among the various functions with the business. Truly, the responsibility of combating fraud and corruption belongs to the entire senior management.

The entire management needs to express a consistent tone of zero-tolerance at the top, yet often the burden ultimately falls primarily on the CFO, given the individual’s unique position and purview that threads business financials, strategy and operations.

What this means is that there is mounting pressure on the CFOs to manage risk exposure – fraud included. Ironically, the EY survey had shown a certain level of willingness in some CFOs to justify unethical behaviors to meet financial performance.

There is thus much personal integrity and reputation at stake.

In view of the growing intensity of the crackdown on fraud, bribery and corruption, and the growing complexities of doing business, it is imperative that companies place integrity and ethics as priorities – and CFOs ought to take the lead.

Reuben Khoo is Asean Leader, Fraud Investigation & Dispute Services, at EY. The views reflected in this article are the views of the author and do not necessarily reflect the views of the global EY organization or its member firms.