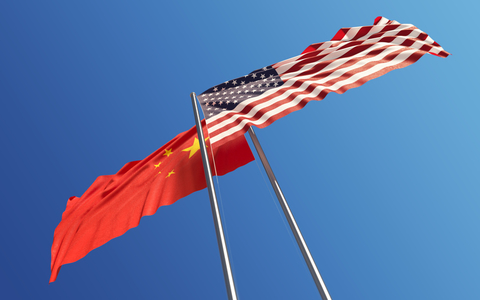 It shouldn’t come as a surprise: 82% of CFOs in China surveyed by Deloitte said they are less optimistic about economic prospects than they were six months ago--a 52 percentage point increase from six months earlier--with rising trade protectionism seen as biggest risk.

In this 2018 Q3 survey conducted between September and November with the participation of 108 senior corporate executives, 56% of CFOs indicated that say they have already been hit by trade tariffs while only 38% expect to meet their revenue targets.

"There has been a sharp shift in sentiment," says William Chou, National Managing Partner of Deloitte China CFO Program. "The bright spots of six months ago, including several economies that were doing better than expected, have faded. It's no surprise sentiment among Chinese CFOs has declined given goods flow between China and the US have borne the brunt of trade measures."

The ongoing trade war and the prospect of economic turmoil—cited by 27% of respondents as the second biggest area of concern—have managed to put technology to the back of Chinese CFOs' minds, said Deloitte.

Not even a single CFO surveyed views disruptive technologies as a concern, down from 10% in Deloitte's Q1 survey, Chou observed.

"With no immediate agreement for tariffs, Chinese stock markets struggling, and the prospect of pressure from government policies, it looks like CFOs are right to be negative, Chou noted. “However, China and the U.S. are striving to resolve their trade issues. If they can eventually reach an agreement, business sentiment will quickly improve."

In addition, 53% of CFOs see Southeast Asia as the region best placed to benefit from Sino-US trade tensions, according to survey results.

A CFO survey by the Duke University in the US indicates that 48.6% of American CFOs believe the country will see recession by end-2019.

A vast majority—at 82%—of CFOs surveyed believe that a recession will begin by the end-2020.

Only 18% of the CFOs believe the US would avoid a recession prior to the end of 2020.

The survey was conducted on December 7 with responses from CFOs of 212 American companies.

"The end is near for the near-decade-long burst of global economic growth," said Duke University’s finance professor John Graham said in a statement.

In addition, CFOs are calling for 4.5% earnings growth over the next 12 months, down from nearly 13% as of September. Capital spending, hiring and revenue estimates were all downgraded.

The pessimism revealed by this survey is dramatically different from the more positive projections by organizations such as the IMF and World Bank which expects growth albeit at a slower pace.

CFOs are split on the impact of the US-China trade war, with half saying the tension will hurt them and the other half expecting the situation will help.

Growth to occur in early 2019 before the recession

In 2019, CFOs expect sub-3% growth for the U.S. economy, with accompanying capital spending and employment growth of about 3%.

“Their recession projections suggest CFOs believe most of this growth will occur early in the year,” Graham said,. “This means there's still time for the government to use the tools at their disposal to soften the fall.”

Moreover, their forecasts are skewed to the downside, with a one-in-ten chance that annual real growth will be a meager 0.6%, he noted, adding that, CFOs would expect their capital spending to fall by 1.3% and for hiring to remain flat in this worst-case scenario.

CFOs in most regions are pessimistic

CFOs have become pessimistic in most regions of the world, according to survey results. Ninety-seven percent of African CFOs believe their countries will be in recession no later than year-end 2019, as do many CFOs in Canada (86 percent), Europe (67 percent), Asia (54 percent), and Latin America (42 percent).