Beyond Unpredictable Leadership: What to Expect in the Philippines in 2017 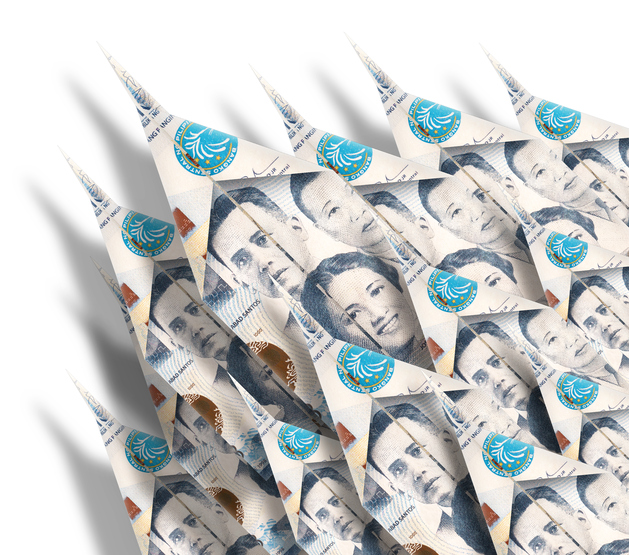 Lost in the Philippines’ political drama, however, was the country’s strong economic performance. The Philippines posted a robust 6.8 percent GDP growth rate in 2016, outperforming popular investment spots such as China (6.7 percent) and Vietnam (6.2 percent). This follows years of sturdy growth under the previous Aquino administration, where growth averaged 6.2 percent per year.

Foreign direct investment (FDI) into the Philippines also increased in 2016, reaching US$6.2 billion in net inflows through the first 10 months of the year – a 22.2 percent increase over the US$5.1 billion accumulated over the same period the previous year.

In 2015, total FDI amounted to US$5.7 billion. Intercompany borrowings accounted for almost two thirds of net FDI inflows (US$3.9 billion) in 2016, up 34.9 percent from US$2.9 billion in 2015. Despite improved FDI, the Philippines continues to lag behind fellow ASEAN countries such as Indonesia, Malaysia, and Thailand in this regard.

The Philippines’ strong economic performance is projected to continue into 2017, primarily on the back of healthy domestic spending, infrastructure development, and remittances.

As opposed to many emerging Asian economies that are reliant on affordable exports, the Philippine economy is primarily bolstered by consumer spending, which accounts for about 70 percent of GDP. Consumer spending grew by seven percent year-on-year. Consequently, the Philippines may be better positioned than its more export-reliant neighbors to weather 2017’s uncertain global economic climate.

Meanwhile, the Philippine government is targeting growth between 6.5 and 7.5 percent in 2017, and expansion of between 7-8 percent per year in the medium term, while aiming to attract US$7 billion in FDI over the coming year.

One of the Duterte administration’s main initiatives in 2017 will be rolling out the Comprehensive Tax Reform Program (CTRP). The reform will see the highest personal income tax bracket rate reduced from 32 percent to 25 percent, and corporate income tax lowered from 30 to 25 percent.

The initiative aims to make the Philippines’ tax environment more competitive with its ASEAN peers, as the region as a whole has been gradually harmonizing and lowering tax rates.

To offset losses from lowered personal income and corporate income tax rates, the government will expand the value-added tax (VAT) base by reducing exemptions, and add taxes on automobiles and fuel excise, among other measures.

Additionally, the government has announced that it will expand the tax collection powers of the Bureau of Internal Revenue (BIR), which will resume conducting field audits, and is also debating a tax amnesty to raise revenues and bring more companies into the formal tax regime.

Tax forms will also be simplified to encourage tax compliance and make the process more approachable for small taxpayers. Complicated and burdensome administrative measures, both in time and cost, often deter small taxpayers from participating in the official tax system.

Also to this end, Project Repeal: The Philippine Red Tape Challenge, aims to improve the country’s inefficient bureaucracy – the Philippines is ranked 106th in the World Bank’s Ease of Doing Business index – by streamlining administrative and regulatory procedures and to remove unnecessary laws.

The tax reforms are projected to add an additional Php206.8 billion to government coffers. The BIR is aiming to collect a record Php1.829 trillion in 2017. From January to November 2016, it collected Php1.45 trillion in taxes.

The Philippine Development Plan covering the years 2017-2022 is set to be unveiled in the coming months. It will be a ten-point plan outlining measures and goals to raise the country’s standard of living.

President Duterte’s pledge for economic growth to be more inclusive and tangibly raise the standards of living of the Philippines’ most vulnerable citizens ties into the goals of the Philippine Development Plan. Notably, Point Zero of the plan sets to achieve peace and order, which is in line with Duterte’s controversial drug eradication and crime reduction campaign, and also ties into a number of his economic and social policies.

In 2016, Duterte also signed an executive order that officially adopted the broader AmBisyon Natin 2040 project as the country’s long term development vision. AmBisyon Natin 2040 envisions the Philippines tripling GDP per capita to US$11,000 and becoming a high income country by 2040 by maintaining GDP growth of at least 6.5 percent per year.

The Philippines will also chair ASEAN for 2017, hosting a series of summits and events concerning the regional bloc’s integration and political, economic, and social issues, and will be expected to champion particular initiatives.

Areas of focus for the Philippines will be to reduce the cost of doing business across ASEAN, harmonize safety codes for products and services throughout the region, and support the creation of innovation-driven economies.

Beginning in April, the government will host a series of nine conferences geared towards multinational small and mediums sized enterprises (MSMEs), startups, and attracting investment. As has been the case in recent years, 2017’s ASEAN summits will be notable for how the regional bloc approaches an increasingly aggressive China.

Duterte shocked the political world when he announced a pivot away from the US in favor of China, despite the contentious territorial disputes in which they are engaged in the South China Sea. ASEAN as a unit is also seeing growing divisions over how they view China and its rise.

Property, infrastructure, and consumption have all been important elements of the Philippines’ growth in recent years, and this should remain the case in 2017.

The Philippines has long had a substantial infrastructure deficit. Duterte seeks to address this by incrementally raising spending on hard infrastructure from five percent of GDP to seven percent by 2022.

For 2017, infrastructure spending is earmarked at Php850 billion – 5.3 percent of GDP. The Philippines has a wide variety of infrastructure needs, from the construction of new ports, airports, bridges, and expressways to electricity generation and telecommunications infrastructure.

It is hoped that improved infrastructure will benefit multiple facets of the economy, including tourism, access to energy, and reducing the country’s infamous congestion.

Other sectors of the economy will benefit from the Philippines’ well-equipped workforce and sizeable service industry. Only three percent of employers in the Philippines cite inadequate skills in the workforce – the lowest rate in ASEAN.

The economy appears well-positioned for another year of steady growth despite significant global political and economic uncertainty. However, the Philippines itself may contribute to this uncertainty under the unpredictable leadership of Duterte

The Philippines is known for its Information Technology and Business Process Outsourcing (IT-BPO) industry, which will continue to be a key growth area in 2017. As reflected in the Philippines’ development goals, the government hopes to parlay this area of expertise into higher value-added services, emphasizing innovation, research and development, and the establishment of a knowledge-driven economy.

The Philippines’ economy appears well-positioned for another year of steady growth in 2017 despite significant global political and economic uncertainty.

However, the Philippines itself may contribute to this uncertainty under the unpredictable leadership of Duterte and his controversial anti-drug campaign and bold pivot to China. That being said, increased investment from China would help mitigate any losses that may be incurred as a result of new US president Donald Trump’s protectionist tendencies. Duterte has also been building upon his predecessor’s macroeconomic reforms.

Despite the focus on China and the US in the Philippines’ political and economic relationships, Japan is consistently the biggest provider of FDI into the Philippines – providing 28 percent of the total in 2015 – and Duterte paid a state visit to the country in late 2016, securing more investments in the process. Japanese Prime Minister Abe visited the Philippines in January.

While the Philippines has traditionally lagged behind its Southeast Asian neighbors in attracting FDI, it is making steady progress to close the gap, and its economy as a whole looks quietly set for another year of potent growth.

Dezan Shira & Associates is a specialist foreign direct investment practice that provides advisory services to multinationals investing in emerging Asia. This article first appeared in ASEAN Briefing, and was re-edited for clarity and conciseness. For further details or to contact the firm, please visit www.dezshira.com.