Back to Basics: Strategies for Combating Payroll Fraud 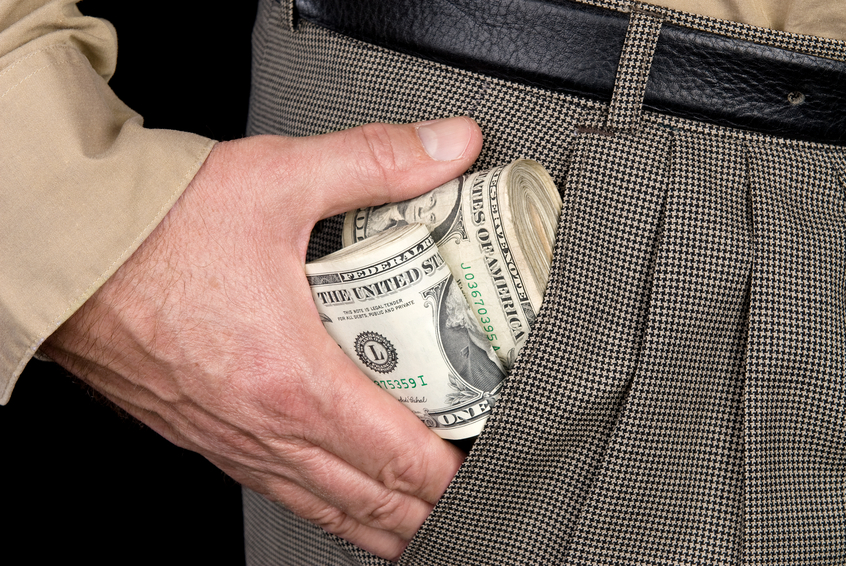 When a large construction organization in the US became a victim of payroll fraud, the organization’s officials failed to question why the payroll clerk had begun driving a new Jaguar.

Her husband had done well at the casinos, she said, and she continued to hand-deliver paychecks at job sites.

Eventually, the company realized she had not been lucky at the slots at all. Instead, she had made off with US$700,000 in paychecks made out to “ghost employees” and cashed into her bank accounts, said Howard Silverstone, CPA/CFF, a New Jersey-based forensic accountant who helped the company rectify the situation.

The scheme, which had gone on for three years, was uncovered when the clerk was out on sick leave and another employee realized there were issues with the payroll.

Though no industry is immune to the risk, payroll fraud tends to occur more frequently in the construction industry as well as the not-for-profit and public works sectors

The scenario had several red flags common in payroll fraud schemes, with one person overseeing the payroll process and outward signs, like the Jaguar, of living well beyond what her salary paid.

Though no industry is immune to the risk, payroll fraud tends to occur more frequently in the construction industry as well as the not-for-profit and public works sectors, according to a 2016 analysis of fraud schemes released by the Association of Certified Fraud Examiners (ACFE). The construction industry, which has high turnover and often depends on seasonal workers, is susceptible to fraud because laborers are often at job sites far from the employer’s headquarters.

The ACFE report looked at over 2,400 instances of fraud across the world and discovered payroll fraud popped up in 8.5% of cases at a median cost of approximately US$90,000 per instance. This type of scheme can occur from ghost employees who exist only on paper but whose paychecks go to the perpetrator of the fraud, or from an employee falsifying hours worked or fudging commission numbers.

Cecelia Locati, ACMA, CGMA, a London-based fraud prevention consultant, had a manufacturing client that was swindled out of €150,000 (US$169,500) over five years when a temporary employee and manager conspired to have paychecks flow to the temporary worker after termination.

The two split the proceeds until a newly hired internal auditor realized there were no timecards for the long-gone employee, who was also missing from the factory’s headcount list, Locati said. The company had not been conducting internal audits before it hired the internal auditor who discovered the scheme.

With access to financial records, accountants play key roles in detecting and preventing this type of theft.

“[Accountants] should apply their professional skepticism, and if they notice any suspicious activity, they should follow up with appropriate client’s personnel,” Locati said.

Here are some tips from CPAs and CGMA designation holders who routinely advise companies on how to prevent and detect payroll fraud.

Have a system.  The best way to combat payroll fraud is to have a system in place to routinely screen for it, experts say. Encouraging clients to conduct an annual forensic audit to assess fraud risk puts procedures in place to deter or identify schemes, said Amy Buben, CPA, of Yeo & Yeo, a Michigan accounting firm.

Special software can detect employees with duplicate Social Security numbers, addresses, or direct deposit accounts, a sign that a ghost employee is floating around.

Those audits should not be secret, Buben said.

Use data.  CPAs and CGMA designation holders can help companies to crunch data and develop algorithms to compare payroll numbers and output, said Andrew Mintzer, CPA/CFF, CGMA, a Los Angeles-based forensic accountant. Outliers can be some of the first clues that a fraudulent scheme is at work, as well as a way for companies to look at overall efficiency.

Claiming excess hours and overtime can be common in jobs with large numbers of hourly employees. Requiring supervisors and others to routinely verify timecards and other payroll documentation can discourage this from beginning

For instance, a manager who knows a company’s busy season would expect a spike in overtime from hourly employees. But a similar spike in a slow month should prompt a manager to inquire more and ensure staff aren’t inappropriately claiming overtime or hours, Mintzer said.

Segregate duties.  It’s the golden rule of accounting, and one that bears repeating.

Having financial and internal controls in place that segregate duties can eliminate the opportunity that must exist for fraud to occur, said David Zweighaft, CPA/CFF, a fraud detection specialist based in New York City.

“When that control breaks down, problems occur,” Zweighaft said. “That makes it susceptible.”

Zweighaft recalled an instance where a client of his, a Fortune 50 company, had an HR employee with access to the master payroll file. She changed the pay rate for another employee, her boyfriend, by a factor of 10.

A routine audit soon revealed that US$20,000 had gone missing in the scheme and showed that internal controls did not exist to prevent it from happening in the first place.

Check documentation.  Another way to detect fraud is to implement routine checks that timecards and other payroll documentation are being filled out correctly.

Claiming excess hours and overtime can be common in jobs with large numbers of hourly employees, said Mintzer, the Los Angeles-based forensic accountant.

Companies that require supervisors and others to routinely verify timecards and other payroll documentation can discourage this from beginning.

“This sort of situation starts with people testing the waters,” Mintzer said. “They’ll test it for a half-hour or an hour. They’ll get bolder and put more down.”

Sarah Ovaska-Few is a freelance writer for CGMA Magazine, a publication of the Association of International Certified Professional Accountants, which offers the Chartered Global Management Accountant (CGMA) professional designation. The association is a joint venture of AICPA in the US and CIMA in the UK.  Click here to subscribe  to the weekly newsletter CGMA Magazine Update.