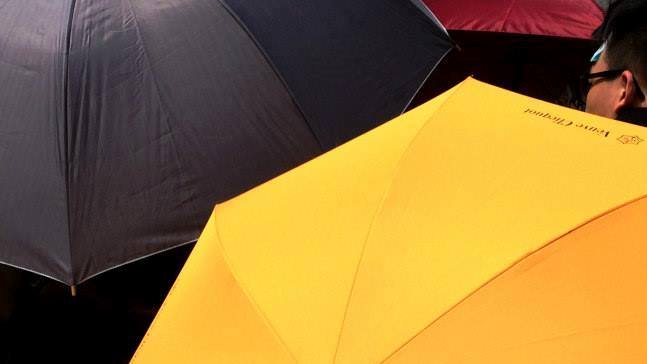 He was clearly an expatriate executive, an investment banker, perhaps. Except that his white designer shirt was drenched in sweat in the 32-degree heat while his coat jacket hung limply in his right hand. “I need to meet this fellow,” he muttered to a fellow pedestrian.

It was rush hour on 29 September, but Connaught Road in Hong Kong’s central business district was eerily empty. The Occupy Central with Love and Peace civil disobedience movement was barricading the city’s financial heart, so people had to forego the car or taxi that normally would ferry them to and from meetings.

The protesters fear that only Beijing’s hand-picked candidates can run and win in 2017. But it is difficult to see whether and how they can persuade China’s mandarins to make a humiliating U-turn

If only the sole cost of the current protests in Hong Kong were the inconvenience of perspiration. Unfortunately, the fight for true universal suffrage, as the protesters describe their ultimate objective, could come with heavy economic and business losses.

Many stores, banks and offices were closed in Central and Admiralty, as well as in the shopping district of Causeway Bay, where thousands of mostly young people sat under umbrellas on the main thoroughfare. The Stock Exchange opened as usual, but the Hang Seng Index closed 1.9% down, losing 449 points, on the sit-in’s first business day.

Going into the second day, the worry is the impact on the economy. The disruption comes during China’s so-called Golden Week, when the country closes down for a week-long holiday to celebrate National Day on 1 October. Retail sales in Hong Kong have lately been driven by mainland tourists, whose numbers are now expected to dip.

“The chance of Hong Kong running into a technical recession in the third quarter is pretty high,” Raymond Yeung, a senior economist at ANZ, told the Wall Street Journal. “If you have a strong retail sector that continues to be vibrant, that would provide some offset to the slowdown in cross-border trade [with China].”

What will happen next?

It’s the uncertainty that is putting business on tenterhooks. The Occupy Central sit-in has been well-telegraphed in advance, with law professor Benny Tai, one of the movement’s leaders, indicating it will start during the National Day holidays to gradually ease Hong Kong into the disruption.

But a separate anti-government protest by students galvanized anger when pictures of police attacking the demonstrators with tear gas circulated. As thousands descended at the protest site at government headquarters in Admiralty, Tai announced at 1:40 am on Sunday that Occupy Central would start then and there.

For business, this level of uncertainty in Hong Kong has not been seen since the massive 2003 demonstrations against the implementation of the anti-subversion clause in Article 23 of the Basic Law, Hong Kong’s mini-constitution. Beijing had blinked that time, helping ease the tension.

There is no guarantee the same thing will happen this time around. The protesters want China to scrap its decision in August to require only two to three candidates to the post of chief executive, all of whom need to be nominated by a committee, rather than the public at large.

While Hong Kong will be allowed to directly elect its leader for the first time in 2017, the protesters fear that the vetting would mean that only Beijing’s hand-picked candidates can run and win. But it is difficult to see whether and how they can persuade China’s mandarins to make a humiliating U-turn.

For CFOs, risk managers and others in the business, the challenge is to try to anticipate developments and prepare for the outcomes. A report by SVA, a specialist risk mitigation, corporate intelligence and risk consulting company, provides a useful framework.

“To date, the first three scenarios, with the authorities gaining the upper hand and deflating the situation, seem the more probable, but the situation is fluid”

“In light of recent developments, a number of possible scenarios present themselves in the weeks ahead,” says the report. It lists them from the least to the most impact:

“To date, the first three scenarios, with the authorities eventually gaining the upper hand and deflating the situation, seem the more probable," says the SVA report. "But the situation is fluid."

SVA thinks the worst-case scenario – declaration of a state of emergency – “is unlikely,” even though several pro-Beijing Hong Kong politicians have floated the idea of Chinese intervention.

But if this unlikely-for-now scenario does happen, SVA warns, “this would present a major threat to business and to Hong Kong’s autonomy and reputation.”

Most retailers, banks and other businesses are probably hoping for the “deflating the situation” scenario to pass. And that’s what the Hong Kong government wants as well, of course.

"Hong Kong's stable development for so long has depended on everyone's abiding by peace and respecting the law," Hong Kong Chief Executive Leung Chun-ying said on television, in appealing to the protesters to disperse. "We don't want Hong Kong to be chaotic or for people's daily lives to be affected."

On 30 September, he made a 15-minute speech in which he repeated his assertion that the protests, which he describes as “illegal acts,” would not make Beijing change its decision on the pace and form of universal suffrage in Hong Kong.

“Occupy Central founders had said repeatedly that if the movement is getting out of control, they would call for it to stop,” said Leung. “I'm now asking them to fulfill the promise they made to the society, and stop this campaign immediately"

But according to the Associated Press, the protesters have now set a 1 October deadline for Leung to meet their demands for genuine democracy and to step down. The brief statement said Occupy Central would “announce new civil disobedience plans the same day.”

Hong Kong will be on a two-day holiday from 1 October, a circumstance that can possibly swell the thousands of people participating in what is becoming known as The Umbrella Revolution, in reference to the use of parasols to protect against tear gas canisters.

It seems unlikely that riot police will once again fire 87 canisters of tear gas into the crowd. Indeed, they have largely withdrawn from the streets. But much more needs to be done on both sides of the divide to make sure the worst-case scenario does not prevail.

Meanwhile, the bankers and other go-getters in Central should probably brace themselves for more days of sweaty walking.