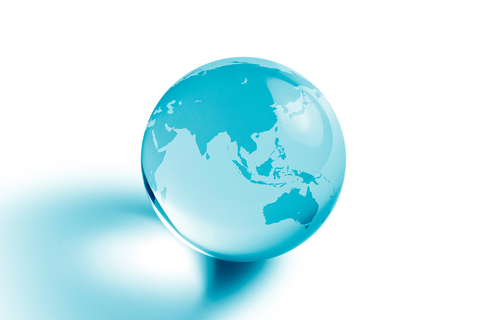 The external environment facing Asia-Pacific economies is becoming more difficult, but is unlikely as yet to have a significant impact on sovereign credit profiles, said Fitch Ratings recently.

In addition, trade tensions between the US and China have added to market jitters and pose downside risks to growth, the rating agency added.

Nevertheless, strong fiscal and external buffers, along with flexible policy frameworks, should allow most of the region's economies to weather these challenges, Fitch said.

“Almost all sovereign credits in APAC are on a stable outlook after recent upgrades in Vietnam and Mongolia,” Fitch said. “The exception is Pakistan, where the newly elected government is under immediate pressure to arrest deteriorating external finances and address fiscal challenges, as well as to attract the external funding necessary to meet its financing gap.

A new government has also taken office in Malaysia and moved ahead on many of its key election promises, notably repealing the GST, Fitch noted.

However, the new leadership has also shown signs of adhering to fiscal deficit reduction and improving governance, and we recently affirmed Malaysia's rating with a stable outlook, the rating agency pointed out.

Currency volatility’s impact limited on sovereign profiles
Recent sell-offs in Indian and Indonesian currency markets underline their sensitivity to shifts in global sentiment, and suggest further bouts of pressure are likely as global monetary tightening progresses, according to Fitch.

Currency volatility, however, is likely to have only a limited impact on their sovereign profiles, the firm pointed out.

Bank Indonesia has shown a greater focus on currency stability and has been more active in counteracting external pressures, according to Fitch.

Indonesia has raised interest rates by 125bp since May, and has intervened aggressively in the foreign-exchange market, the firm pointed out.

“That said, its external finances are stronger than during the 2013 Taper Tantrum due to a disciplined monetary policy stance and macro-prudential measures that have helped curb a sharp rise in external corporate borrowing and encouraged stronger hedging practices,” said Fitch. “Indonesia also has healthy fiscal buffers. We affirmed Indonesia's sovereign rating at 'BBB'/Stable on 3 September.”

China has shifted towards easing
Growth momentum is moderating in the region's two largest economies of China and Japan, but is so far in line with expectations, Fitch said.

In China, the policy stance has shifted towards easing, a departure from the previous singular focus on containing financial risks.

“It appears, so far, that policy easing will fall short of a full-scale credit stimulus, which the authorities appear eager to avoid, Fitch noted. “Additional easing over time could put downward pressure on China's 'A+'/Stable sovereign rating if it contributes to rising imbalances.”

Singapore, Korea, and Taiwan the hardest hit by trade war escalation
More broadly, economic activity across Asia Pacific held up through the first half of 2018 on strong domestic demand and robust exports, said Fitch, adding that fiscal policies are supporting increases in infrastructure spending, and monetary conditions remain accommodative, even after recent tightening in some economies.

The rating agency expects any escalation in trade wars that includes the US's proposed tariffs on USD200 billion of China's exports to have a meaningful impact on the region's economies.

“Singapore, Korea and Taiwan—trade-dependent economies with close supply chain linkages with China—would be hit hardest, but some other economies might benefit from lower oil prices and a shift in manufacturing away from China,” Fitch said.