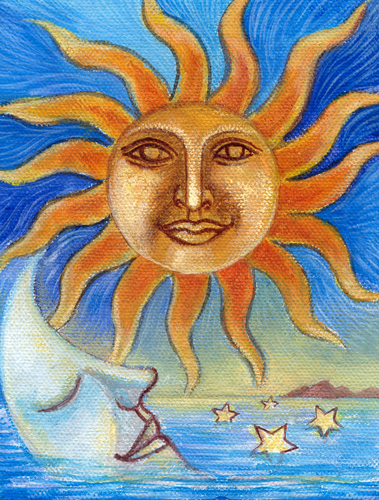 The emerging market sell-off over the last week has resulted in widening spreads for Asia bonds over US Treasuries, with investors becoming more discriminating in asset selection. We believe it is time to reinforce short Indonesia and long Philippines USD bond positions. 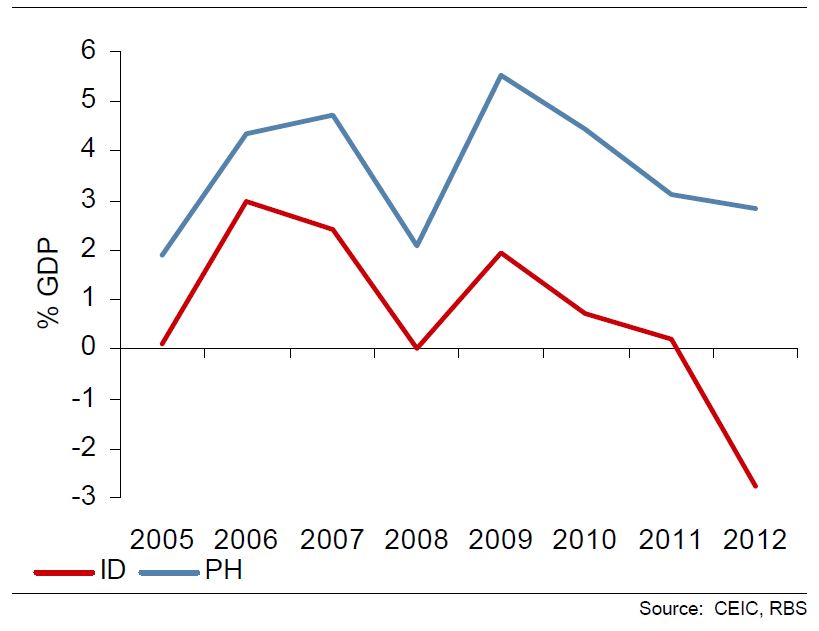 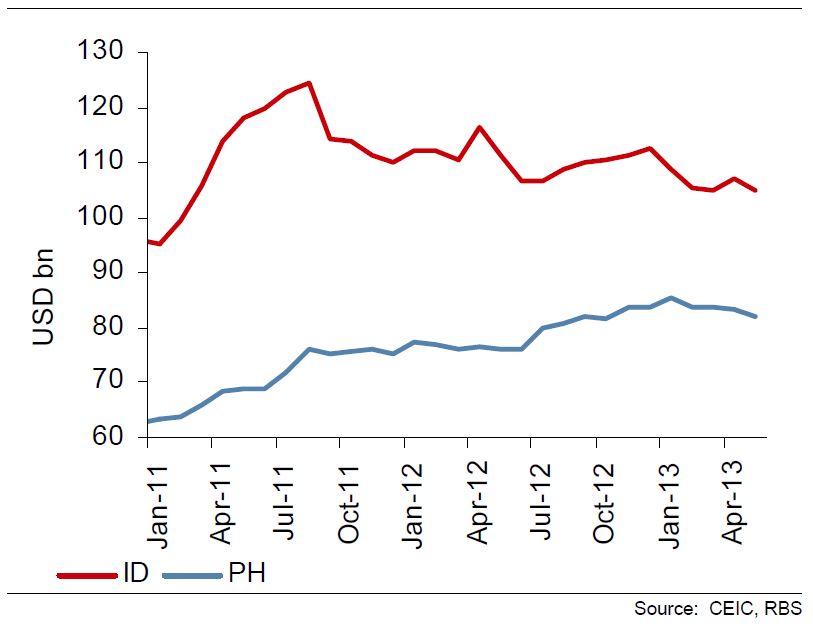 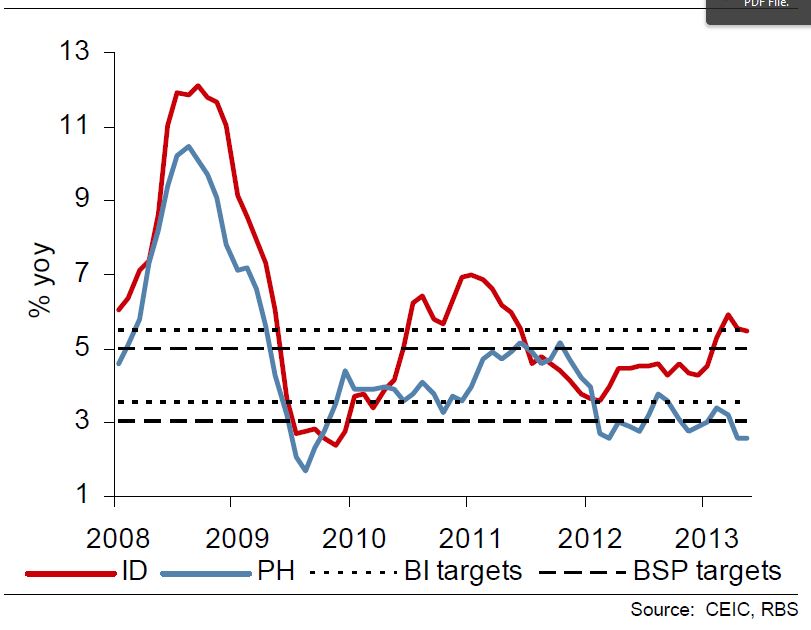 The recent oil price hike in Indonesia will push inflation higher. By Bank Indonesia’s own estimate, the full effect will take until September to work its way through the economy. We expect Q3 2013 inflation to rise to 9% on the back of this.
While the reduction in the subsidy bill is expected to slightly improve the savings-investment balance, and therefore the current account, we expect the gains to be limited.
Indonesia: Challenging times
Indonesia’s exports are likely to continue to suffer given slowing demand in China and India (18% of total exports). Additionally, subdued commodity prices will also continue to adversely impact exports – commodity’s exports are 57% of total Indonesian exports.
Indonesian exports 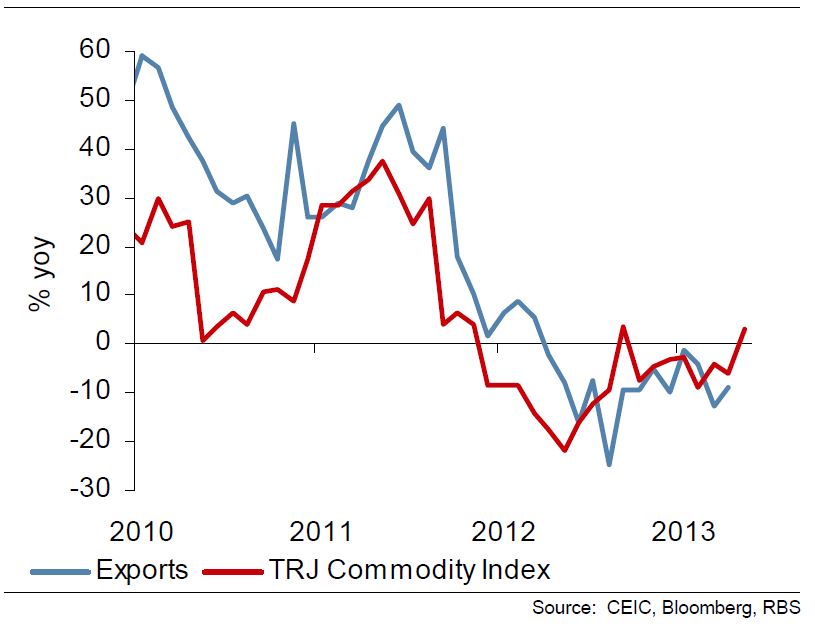 In terms of commodity supply, Indonesia produces oil but its oil lifting has been steadily declining. With no new substantial investments in the area, this is not likely to change in the short term. The savings from the subsidy reduction are being directed towards reducing the government’s fiscal deficit and not for new infrastructure development.
Indonesian crude oil lifting 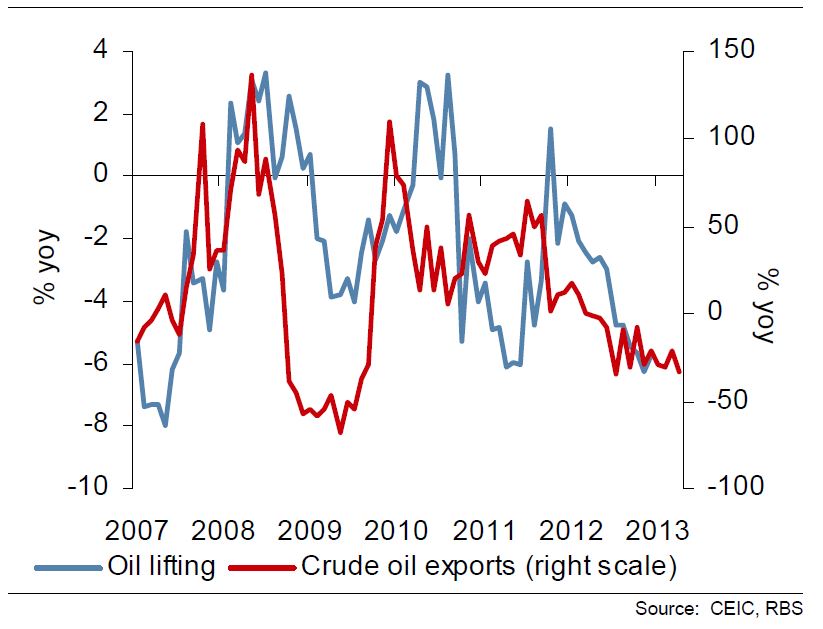 Imports, on the other hand, are unlikely to come down rapidly with falling exports. Domestic demand, driven by ample credit availability, will continue to drive imports growth. The increase in the policy rate in mid-June will only have a small marginal effect. The FASBI rate  is still pegged 175 basis points below the reference rate, ensuring continuation of loose liquidity conditions.
Without a significant rise in Indonesia’s savings rate – which will require structural improvements in the economy and will take a long time – the central bank will have to clamp down on credit growth to bring the current-account deficit under control.
The BI has to walk a fine line between promoting growth and bringing inflation and the current account deficit down and it is currently leaning on the side of growth. We believe it will not have this luxury for long and will have to narrow the corridor by hiking the FASBI. Policy rates hikes feed-through to foreign currency bond yields and should result in a sell-off in Indonesia bonds.
Philippines: Sweet spot
As for the Philippines, while we have raised concerns of overheating in the past, we hold the view that Indonesia is much further along in the credit cycle and therefore more vulnerable to corrections. On average, Indonesia has witnessed above 20% year-on-year growth in credit for a decade now.
Credit Growth: Indonesia and Philippines 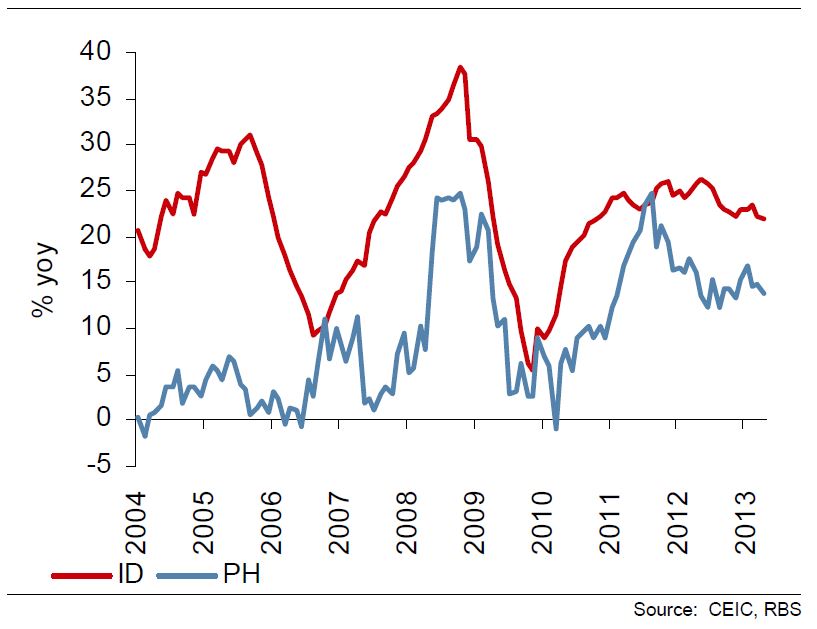 We believe the Philippines is still in a sweet spot for growth and inflation. This gives the BSP more policy space to react to the emerging overheating risks in the form of macro-prudential controls. Such measures are unlikely to affect bond prices significantly, and may in fact boost the credit outlook for the country.

Similar considerations played a role in credit rating agency S&P lowering its outlook on Indonesia’s BB+ rating from positive to neutral, while raising the Philippines to investment grade in early May.
We believe the spread widening between USD denominated Indonesian and Philippine bonds has further to run. The CDS spread between the two, which is a good indicator of where the bond yield spreads might track, is currently nowhere near its 2008 peak. We believe as the fundamentals continue to diverge, so will these spreads.
About the Author
This article is excerpted from “Stay long Philippines, short Indonesia,” a Top View: Asia report by Royal Bank of Scotland and affiliated companies that was published on 27 June 2013. It has been re-edited for conciseness and clarity.