As the China-US Trade War Is Reignited, Is Your Economy Really At Risk? 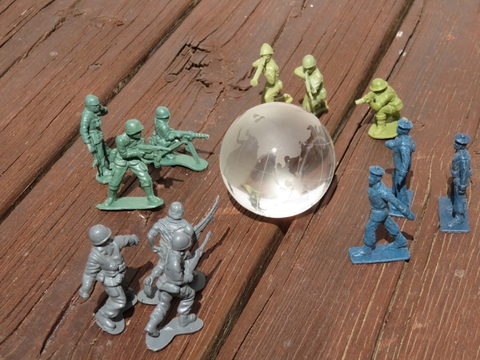 Fears of a trade war between the US and China have been escalating after the White House announced on May 29 that it will move forward with its threat to apply a punitive 25% tariff rate on US$50-billion in goods imported from China that “contain industrially significant technology.” The move came on the heels of a joint statement by the US and Chinese trade delegations that had met in Washington, in which both sides agreed to put the punitive trade measures “on hold” and solve bilateral disputes via negotiation.

The capricious attitude of the US administration regarding these trade issues, which might stem from deep-rooted divisions within President Donald Trump’s trade policy team, could intensify a confrontation between the two sides in the near future. This could, in turn, cause one or both sides to launch punitive measures against each other.

We estimate that imposing 25% tariffs on US$50 billion of high-tech content Chinese goods exported to the US will cut the value of American imports of those items by US$11.1 billion

Thus far, China has refrained from announcing new retaliatory measures against the US. At the same time, China’s domestic propaganda continues to claim that it is in China’s own interest to lower import tariffs and further open the domestic market to foreigners. China evidently still prefers to solve the bilateral trade dispute with the US through negotiations.

We attempt to evaluate the impact of the American tariffs on Chinese imports from the perspective of the global value chain. Deepening globalization over the past several decades has formed a complete supply chain centering on China. All actions affecting Chinese exports could thus quickly spill to other economies.

Although Chinese enterprises have made important progress in climbing up the global value chain, a considerable proportion of the components of its high-tech exports is still made outside China. For example, China is highly dependent on electronic chips produced in Japan, South Korea, Taiwan and even the US in mobile phones and electronic home appliances.

Because the flow of goods within global production chains is not always reflected in conventional measures of international trade, we used information in the joint OECD–WTO Trade in Value-Added (TiVA) database, which decomposes the value of final goods or services into the value added by each country. TiVA is a statistical approach that estimates the sources (by country and industry) of the value that is added in the production of goods and services for export.

Our approach goes in two steps. First, we estimated to what extent the 25% additional tariff will affect China’s exports by applying the elasticity estimates provided by the World Bank.

On May 20, the US administration unveiled a list of 1,333 Chinese products that it was targeting for tariffs. We expect that the new product list to be released on June 15 will not be much different, since the focus is still on Chinese exports with high-tech content and those related to the “Made in China 2025” program.

We then matched these products to the HS8 categories in the Harmonized Commodity Description and Coding Systems used in international trade, and looked for the corresponding elasticity for each category from the World Bank database.

We estimate that imposing 25% tariffs on US$50 billion of high-tech content Chinese goods exported to the US will cut the value of American imports of those items by US$11.1 billion.

Second step: Impact on others in the global value chain

Based on our decomposition, we find that China accounts for only 59.9%, or US$6.65 billion, of the US$11.1 billion in Chinese products that we estimate will no longer be imported into the US because of the tariffs. From the value-added perspective, 8.5% (US$0.95 billion) is accounted for by EU and 6.8% (US$0.76 billion) by Japan.

Deconstructing China's exports to the US based on value-added 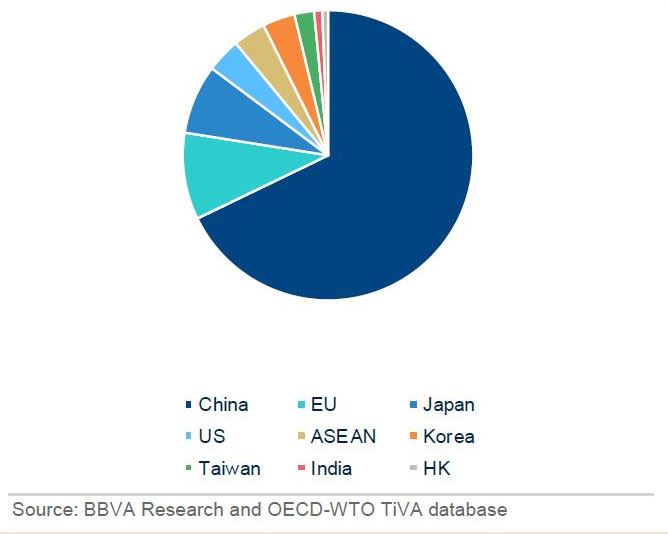 We further calculated the ratio of the targeted exports to the total GDP of the countries or regions in the global chain and to total exports of those countries (see charts below). 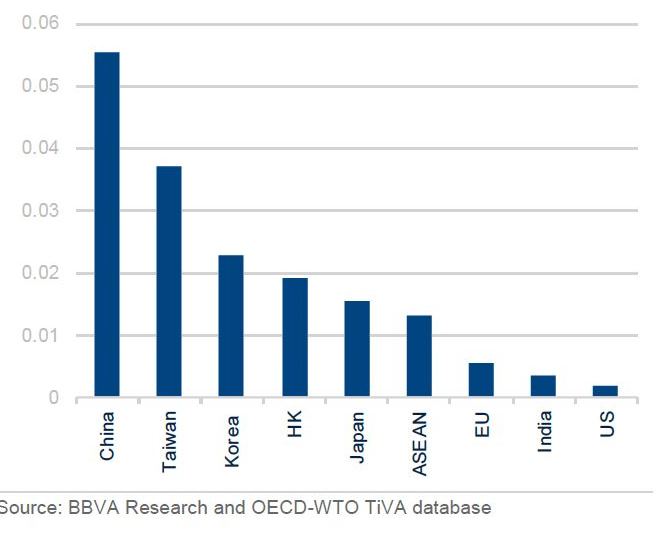 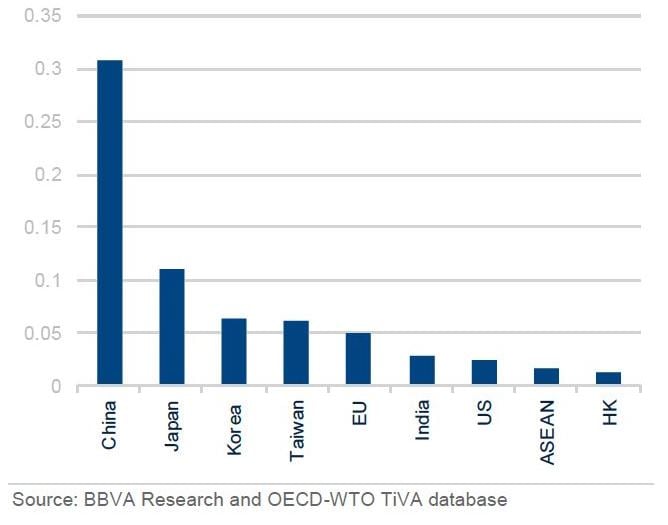 The results show that the proposed punitive measure from the US side would have a limited impact on China’s GDP and exports. In fact, the impact on China is less severe compared with the impact on other countries in the same global value chain. A number of Asian economies, including Taiwan, Korea, Hong Kong and Japan, tend to have larger exposure to any shock to Chinese exports.

The limited impact of the US tariffs is also reflected in the relatively muted media sentiment across most of Asia. We tracked Big Data to gauge media sentiment over fears of a trade war between China and the US.

Media sentiment across most Asian economies suggests that fears of a trade war have either receded or held steady at moderate levels since their peak in mid-April (See Figure 5). Such muted reactions to reignited risks of a trade war are particularly evident in Indonesia, Japan, Malaysia, Thailand and Vietnam.

Deeply integrated global value chains would help cushion the direct impact on China and rest of Asia of punitive US tariffs on imports from China.

Furthermore, we must not forget that, for China, the weight of exports and imports in the economy is decreasing with the increase in domestic demand, especially in the service sector. Nor must we underestimate the reach of China’s One Belt One Road Initiative when it comes to cushioning the long-term effects of a more protectionist US policy.

So while the trade dispute between the US and China would linger for longer, the impact on the global value chain could be managed.

BBVA Research is a unit of Spanish banking group BBVA. This article was re-edited for clarity and conciseness.