After the First Quarter Storm, the Global Economy Is Looking a Bit Calmer 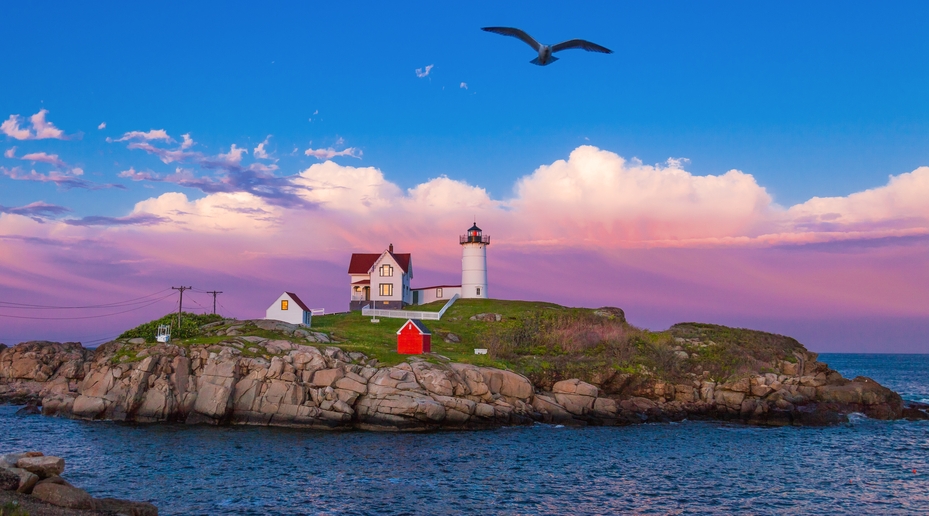 The global economy is in the midst of a mild cyclical upturn after several quarters of slumping growth, falling profits, and credit stress. The downturn was part of the aftermath of the fading China-driven surge in emerging markets, the nearly two-year plunge in oil prices, and surge in the value of the US dollar.

The extreme market volatility early this year was triggered by the climax of those trends. With the dollar off its peak and oil prices up from the lows, markets have rebounded and the manufacturing sector has found a bottom.

The positive changes in China are more a cessation of the two-year deterioration and a waystation to lower but sustainable growth. The structural issues are only slowly being addressed

That a rebound is underway has received real confirmation in economic data. For the United States, it was another in a long line of stellar job reports as well as a clear rebound in manufacturing surveys.

Even in Europe with terror attacks and immigration problems, the economy is picking up.

The long surge in the U.S. dollar is redistributing robust US growth to the rest of the world. Stability in China, a moderate rebound in commodity prices, and easing producer-price deflation has put a trough in emerging-market currencies and stopped the deterioration; PMIs are rising accordingly.

Japan is missing most of the upturn. Remember, though, that small, positive or even flat growth for a declining population raises output per capita.

After months of weakening or contraction territory, China’s manufacturing surveys (PMIs, or purchasing manager indices) all bounced higher in March. The official PMI rose to a nine-month high of 50.2, while the Caixin PMI leaped 1.7 points to 49.7.

The services PMI also picked up over a point to 53.8. Report details were even stronger, with new orders solidly higher. Price pressures are easing, a real positive after four plus years of deflation.

One measure of consumer sentiment hit nearly a two-year high. House prices are still rising across the country, housing starts are up and home sales are growing. Gaming revenues and hotel occupancy in Macau are improving. Fixed investment has picked up, especially as the government expands infrastructure spending.

Worries about a large currency devaluation are dissipating both within and outside of China. Anbang, the Chinese insurer, withdrew its US$14-billion bid for Starwood hotels. Foreign purchases are one way to export currency, and the offer retraction could be viewed as greater confidence in local currency.

Rather than a growth rebound, these changes are more a cessation of the two-year deterioration and a waystation to lower but sustainable growth.

As an example, another steel company failed to make a bond payment and Standard & Poor’s cut its outlook on China’s credit rating to negative from neutral. Still, the cyclical progress described above is very positive.

Despite the recent terror attacks and immigration problems, the greater European economy is enjoying the cyclical upturn.

March PMIs bounced more than expected, bringing the composite Eurozone PMI up to 53.7, consistent with almost 2% growth. The German PMI was flat at a robust level, while the French composite vaulted 1.8 points to expansion. (Editor's Note: A number above 50 signals growth).

This implies surveys are robust across the rest of the currency area. Economic sentiment did retreat some, but from elevated levels. Retail sales stayed relatively healthy as household spending is leading the recovery.

Unemployment fell to 10.3% in February, and while still very high, that’s the lowest since 2011. Loan demand is rising, albeit slowly, lending standards are easing and the central bank is offering loans to banks that relend to the private sector at incredibly easy terms.

Job growth in the US stayed consistently strong even as other economic indicators weakened. Retail sales, durable goods orders, and construction spending suggest first-quarter GDP growth is less than 1%. We forecast growth at 1.5% last quarter and 2% for the year

The March payroll report added another month of 200,000-plus job gains in the US. The headline was up 215,000, with only minor revisions. First-quarter average job growth was a robust 209,000.

The household survey, issued at the same time as the payroll report, showed the labor force rebounding as formerly discouraged workers reenter the work force. The rate of labor force participation and the employment-to-population ratio have trended higher from lows last fall, each up a tenth, to 63.0% and 59.9%, respectively, the former a two-year high.

The closely watched unemployment rate did tick up a tenth, to 5.0% as did the broadest measure of unemployment, to 9.9%, which includes discouraged workers and people working part-time for economic reasons.

Wage growth could come under pressure as workers with fewer or outdated skills reenter the labor force. Hourly wages grew 0.3% over the prior month after falling slightly in February, but are still up just 2.4% over the prior year on a smoothed basis.

Hours worked were steady at 34.4, but the lowest level in about two years. Aggregate hours worked grew at a 1.8% seasonally adjusted annual pace. Job gains were mostly in lower-wage sectors: retail, leisure, and hospitality. Construction and government added 37,000 and 20,000 jobs, respectively.

Job losses were mostly concentrated in sectors suffering from the long plunge in oil and commodity prices: manufacturing shed workers for the second month, off 29,000; mining lost 12,000 jobs; and 6,000 fewer temp jobs (often in light manufacturing).

The rebound in the national manufacturing index to 51.8 to expansion and the bounce in new orders to 58.3 suggest that manufacturing employment may soon pick up.

Job growth stayed consistently strong this quarter even as other economic indicators weakened. Retail sales, durable goods orders, and construction spending suggest first-quarter GDP growth is less than 1%. We’d guess that revisions will boost that figure, so we forecast growth at 1.5% last quarter and 2% for the year.

The jump in all the March manufacturing surveys implies a pickup in output. A flat to weaker dollar will limit the drag from weaker exports. For those reasons, 2% growth for 2016 makes sense. Maybe, we should just learn to love 2% growth.

Land of the Rising Yen

One large economic area not yet enjoying the upturn is Japan. Its economy shrank in the fourth quarter and recent data hasn’t offered much rebound hope. February industrial production and retail sales contracted 6.2% and 2.3%, respectively, from the prior month.

Some of the weak output came from Lunar New Year timing and unexpected shutdowns at Toyota, where there was a steel-mill explosion. But, even after those problems, Bloomberg News noted that production was weak.

The closely watched Tankan confidence index for large manufacturers dropped from 12 to 6, the largest quarterly decline since the end of 2012. The Nikkei manufacturing PMI for March declined to 49.1, with new export orders at the lowest since January 2013.

Corporate profits turned negative at the end of 2015 for the first time since 2011, down 1.7%. The labor market is still a bright spot with a very low jobless rate of 3.3%; the jobs-to-applicants ratio remained at a 24-year high of 1.28.

When is the next US rate hike? Yellen thinks the globalized nature of the world economy augurs for a slower pace of tightening. So, June seems the most likely time

The stronger yen is likely behind the weakness, which came despite efforts from the Bank of Japan (BoJ). After the BoJ took deposit rates below zero at the end of January, the yen slid temporarily, breaching 120.

But, with the huge market volatility in February, the yen rose as a safe haven. It’s now up over 10% against the dollar since bottoming last summer. Strong currency and poor data weighed on the Topix Index, down nearly 13% in the first quarter.

The rough start brings the question: Is more and more extraordinary stimulus from the Bank of Japan working?

The Tankan survey did show improved lending conditions for financial institutions. The BoJ hoped to force banks to lend with negative rates; and lower lending standards are good news. Further, negative deposit rates had a significant effect on the yield curve, taking yields below zero out to 10 years; and longer-term yields have dropped sharply.

In theory, negative rates make bonds and cash unattractive since investors pay to hold Japanese debt; so, money should exit Japan, weakening the yen. Not so far. Negative rates are not overcoming the desire for safe-haven assets and repatriation flows. More confidence could reduce that demand and limit upward pressure on the yen.

Perhaps all the yen’s strength is not attributable just to the safe-haven trade. At its weakest, the yen was undervalued relative to purchasing power parity. Further, the BoJ has to contend with super-easy policy globally. The Fed has turned dovish so monetary policies are not diverging as much.

The BoJ may have more bullets left, and with a worsening outlook, could very well use them. But, with the Fed on a more gradual path and an extremely easy European Central Bank (ECB), the BoJ has limited effectiveness.

When’s the Next US Rate Hike?

June. Yellen thinks the globalized nature of the world economy augurs for a slower pace of tightening. So, June seems the most likely time for the next rate hike.

The cyclical upturn is dissipating the early year angst and worry from the negative impact of the dollar surge and oil plunge. We believe those two trends have exhausted and the weak growth, credit market stress, and falling profits attending them are in the process of fading.

While there may be disagreement at the Fed, Yellen’s caution will likely rule and give us two rate hikes this year. Contrary to Yellen’s comments, inflation may keep pushing higher this year as the core personal consumption expenditures deflator reaches the Fed’s 2% target. More inflation and a modest acceleration in wage growth later this year should push inflation expectations higher.

With a dollar peak and an oil price trough, profits should rebound, spurring a moderate resumption of capital spending. All this could be the impetus for somewhat higher US Treasury yields by year-end.

This article is an edited excerpt of the March 2016 issue of Economic Insights written by Bob Baur, Robin Anderson and the Economic Committee.