A Test for Finance: How Procurement Foiled a Bid-Rigging Plot in Hong Kong 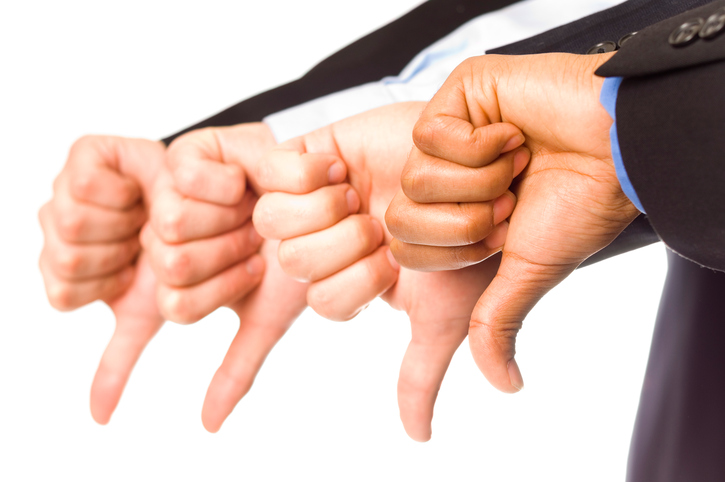 When staff at the Administration Procurement Department of Hong Kong’s Young Women’s Christian Association (YWCA) were reviewing tender documents last year, they noticed a curious thing. The four bids that were submitted, although under the names of four different companies, contained the same information down to misspellings and grammatical errors – except for the bid amounts.

The staff alerted Director of Finance and Administration Gary Sze Yan, who is also in charge of the procurement unit. Sze conferred with his chief executive and the decision was made to refer the matter to Hong Kong’s Competition Commission. History was made in March when the regulatory body commenced proceedings against five IT companies, four of which had submitted bids.

“Tone at the top, leadership, is important. A zero-tolerant policy will help avert malpractices and achieve value-for-money in procurement”

It was the anti-trust regulator’s first legal action since Hong Kong’s Competition Law came into effect in 2015. “These proceedings drive home the message that market participants in all sectors should steer clear of bid manipulation practices, while those already involved in rigging bids should consider approaching the Commission for leniency,” said Anna Wu, the commission’s chairperson.

It was also proof that the systems in place at YWCA Hong Kong are working. “Procurement by its nature is prone to malpractices and manipulation, such as favoritism in sourcing and selection of suppliers and leakage of information,” says Sze. “We have stringent policy and procedures governing our procurement.” These include separation of functions and oversight and approval by an independent Tender Board of high-value transactions.

Sze cannot discuss the case in detail because the legal proceedings are still on-going. (Competition Tribunal President Godfrey Lam Wan-ho agreed with investigators’ request to keep identities and bid prices confidential.) But his experience and insights are useful for organizations in Hong Kong and other jurisdictions that now face a higher level of scrutiny from anti-trust regulators.

Bid-rigging and other such practices have long been suspected to be a fact of business life in Hong Kong. “Similar anti-competitive arrangements were found in the construction industry, where multiple parties are often involved in a tender,” notes Daniel Lai, former head of IT at MTR Corporation, the city’s subway operator. “But it’s the first time this is revealed in the IT industry.”

The case sends a strong signal to business and IT executives to review their procurement process, says Charles Mok, a member of the Legislative Council who represents the IT functional constituency. He is also a member of YWCA’s IT Development Committee, but is not involved in its tendering process. Business executives, says Mok, “must be more vigilant about potential liabilities and legal consequences.”

As a service organization, YWCA Hong Kong is more aware than most about its legal responsibilities with regards to procurement and other spending. “As an NGO, we probably have more varied stakeholders than a normal company in the private sector,” says Sze. The organization receives public funds and private-sector donations.

The first line of defense is the company culture. “Tone at the top, leadership, is important,” says Sze. “A zero-tolerant policy will help avert malpractices and achieve value-for-money in procurement.”

The procurement staff was thus primed to minutely evaluate and analyze the bids and immediately report signs of irregularity because they knew the leadership’s strict stance on compliance with internal and regulatory rules. That YWCA then reported the suspected collusion to the Competition Commission further reinforces this culture.

The effectiveness of the organization’s procurement culture is demonstrated by the fact that it wasn’t an external party, such as the media, or an employee acting as internal whistleblower that flagged the incident. You can have detailed systems and procedures, but they would be useless if the procurement team does not follow them and executives do not act on violations.

Sze recognizes that culture, policies and procedures can lead to inefficiencies and operational paralysis. Thus, some flexibility has been built into the procurement system

That said, procurement structures are equally important. At YWCA, procurement is a separate and independent function from, say, the finance department and the IT department. Sze heads both procurement and finance, but he is careful to keep his two hats separate. In any case, an independent Tender Board exercises oversight on procurement requests of a certain size.

The interplay of culture and systems was on display last year when the IT department’s Request for Proposal (for a project to upgrade its servers reportedly worth more than HK$2 million) produced only one bidder, BT Hong Kong, a unit of British telecom giant BT Group. YWCA decided on a second bidding to make sure it would be getting the best deal.

Four IT companies participated in the second bidding. But in its complaint filed with the Competition Tribunal, the Competition Commission said the four – BT Hong Kong, SiS International Limited, Innovix Distribution Limited and Tech-21 Systems Limited – engaged in bid-rigging.

The commission included a fifth company, Nutanix Hong Kong Limited, in the complaint. Nutanix developed the technology that powered the new IT server system that would have been installed in YWCA. The commission alleged that a representative in Nutanix and BT Hong Kong colluded with friends in the three other IT companies to prepare and submit dummy bid documents.

Sze recognizes, however, that culture, policies and procedures can lead to inefficiencies and operational paralysis. Thus, some flexibility has been built into the procurement system. The various departments can purchase goods and services below a certain price threshold and can source from only one supplier in a no-bid transaction so long as they can justify doing so.

To help them make decisions that are most advantageous to YWCA, the procurement team maintains and constantly updates a list of suppliers that have a good track record in pricing, quality, timing and other characteristics in past dealings with the organization. The team conducts due diligence on new companies that users propose to purchase from.

For specialized procurement such as the IT server system, the procurement team may consult with specialists within and outside the organization. In the particular case of the Nutanix technology, advice was sought from the IT department and the IT Development Committee to ensure the technology was suitable for YWCA.

While it is important to have internal control and procurement policies and procedures, Sze says he is open to automation and other technology tools going forward. But at the end of the day, he says, the organization will still rely on human judgement and talent to analyze and make decisions.

And, of course, to manage the procurement of these technology tools to make sure the purchase is not tainted by bid-rigging and other anti-competitive practices.