A Stock Market Guide for the Unscrupulous Chief Financial Officer 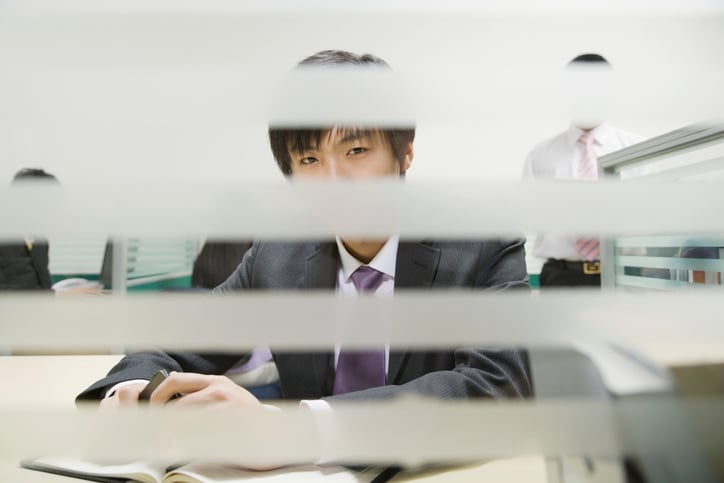 So you as CFO have finally completed the initial public offering documents, the investment bankers and sponsors have signed off on them, and the stock has started trading.

Now you, as an unscrupulous CFO, gets ready to please the controlling shareholder (and line your own pocket) by orchestrating what investment bank China International Capital Corp. (CICC) calls Operation Lao Qian Gu, a Chinese phrase the South China Morning Post newspaper translates into English as ‘a cheater’s stock.’

When your company shows signs of being a cheater’s stock or a recruiter comes calling offering a lucrative post in such an enterprise, stay away or just say no

The daily recently reported on how CICC, the mainland’s first joint venture investment bank, is warning Chinese investors about a scheme in Hong Kong that, for now, has not caused a crackdown there.

The CICC report is meant for educational purposes, but for the unscrupulous CFO, it also provides a roadmap to a scheme that is apparently not illegal in Hong Kong. As the Post tells it, “the 68 ‘cheater suspects’ listed by CICC . . . have done it between two to nine times since 2000” – without incurring regulatory ire.

So what does the unscrupulous CFO do? First, announce some good news. It can be perfectly legitimate brilliant operating results: higher revenues, better profits, significantly fatter margins. Or it can be speculative: a plan to sell control to a bigger corporation or making a strategic acquisition. Or something that plays into the themes that the market is currently obsessed with, such as moving into fintech or e-commerce.

When the stock price has shot up, ask the controlling shareholder to sell aggressively. Aim to push the price below the company’s book value. “That attracts two types of buyers,” explains the CICC report: those that want to reduce their cost by averaging the total purchases at the much lower price, and those that had not bought, but now see the stock as very cheap.

Continue driving down the price. Have the company issue new shares and dump them at a steep discount to friends and associates disguised as independent parties (which is illegal, so be sure to carefully cover your tracks).

You can then launch a rights issue at a very high ratio, such as a five-for-one rights issue. “Say the price is now 20 HK cents and a 90 per cent discount placement is done,” writes the Post. “You retrieve your stake at 20 cents. That is a gain of more than 90 per cent.”

Typically, most minority shareholders will shun the offering because the stock price had fallen so low. So your controlling shareholder, who is as unscrupulous as you are, can scoop up the offering.

Now comes the second part of the operation. Consolidate the shares at a high ratio – say 20-to-1 – to avoid becoming a penny stock and stay above the delisting threshold. And “a penny stock is no good for a second round of downward manipulation,” says the South China Morning Post.

Because, yes, the scheme can be done over and over. At least one company in CICC’s list has done it nine times. Just be sure to change the company’s name – you can justify it by noting that your business and strategy have changed – so once-burned investors will not get wise to you.

In any case, there is an ample supply of unsuspecting would-be victims in China, as the Post observes. The Internet and mobile communications make it easy to reach them.

The unscrupulous CFO can pay to have favorable stories about the company spread widely across the web. “At least three platforms popular among mainland investors are offering that service and they guarantee that the article will appear on dozens of major financial websites or chat rooms on instructed days,” claims the daily.

As they say, if they cheat with you, they can easily cheat on you

The cost: less than RMB100,000 (US$14,500). “If you are ready to triple that, you will have access to a key opinion leader with millions of followers,” says the Post. You can also cultivate (and pay a retainer to) influencers writing for stock-picking magazines and websites.

Of course, no CFO Innovation reader would be so unscrupulous as to sell his or her professional credibility for a crass scheme like this, regardless of how difficult it is for regulators to make a legal case out of it.

But it is educational to learn about these gray-area schemes. Even if finance is not actively involved in the maneuverings, the CFO and others in the finance team will still be tarred by what is being done.

There may be rich short-term gains, but the eventual harm to one’s reputation can be long-lasting. If the regulators finally crack down, the CFO will be at the firing line. And it is not inconceivable that the controlling investor will make finance the scapegoat.

As they say, if they cheat with you, they can easily cheat on you. When your company shows signs of being a cheater’s stock or a recruiter comes calling offering a lucrative post in such an enterprise, stay away or just say no.