Risk Management: When the Dollar Is No Longer King 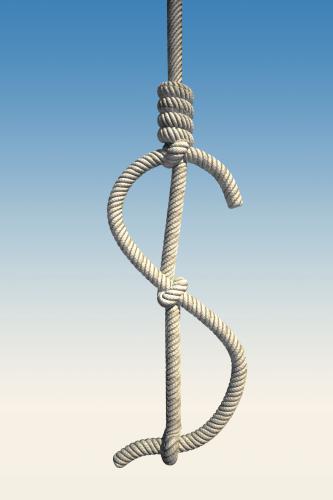 “The dollar is our currency but your problem,” Jim Connolly said in 1971 when he was US Secretary of Treasury.

Following the US sovereign downgrade and a commitment to an exceptionally loose monetary policy, this problem has become an even bigger headache for emerging market central banks with large holdings of USD assets. We discuss these issues and the diversification choices available to emerging market policymakers in this article.
Our main conclusions are:
The old order
The Bretton Woods 2 system is an informal international monetary system that has existed over the last decade or so.
The broad contours of the system are as follows:

The durability of this system is now being challenged. The system no longer represents the old symbiosis of interests. As should be inevitable with the level and duration of de-leveraging needed, the growth potential of the US has deteriorated and the current account gap is being structurally downsized.

US non-fuel imports from emerging markets

Emerging self-reliance
The evolving growth model for emerging markets and for Asia in particular, which is the main counter-party to the US in Bretton Woods 2, is one of self-reliance.
Policymakers in this region are strengthening domestic demand via expansionary fiscal and wage policies, although these policies are inadequate or have natural limits. Reserve accumulation by definition compresses domestic demand and therefore, offsets the impact of expansionary domestic policies.
A second challenge comes from the rising risks associated with holding the dollar as a reserve currency. There are two major risks: the deterioration in America’s public finances and the associated sovereign downgrade, and more importantly, in our view, America’s exceptionally generous monetary policy.
The Fed has pre-committed to a near zero policy rate for the next two years almost immediately after a large dose of quantitative easing. The net result has been a marked deterioration in the value of the dollar to gold (see chart below), as well as diminished currency-adjusted returns on treasuries.
The situation partly reflects that in the 1970s, when the dollar was devalued vis-à-vis gold from US$35 to US$38 per ounce.
Gold and US Dollar Index (DXY) ratio

By contrast, emerging markets have both better government balance-sheets and more contained monetary policies. As evident in the table below, US fundamentals on the basis of public indebtedness and the increase in the reserve-money-to-GDP ratio are significantly worse than that of most emerging markets.

Demise of Bretton Woods 2
It is now clear that Bretton Woods 2 has run its course and something’s gotta give. But what and at what pace?
On the second question, there is little doubt that the pace of any change will need to be gradual. Emerging markets – non-Japan Asia, Brazil and Russia – hold roughly US$1.97 trillion of  US Treasuries. This is equivalent to 38% of their external reserves. A rapid sell-out of treasuries would result in significant capital and foreign-exchange translation losses.
The most desirable and practical change is a slower pace of reserve accumulation. This does not have to be deliberate. As emerging markets raise the share of domestic demand in GDP, an inevitable side effect will be reduced savings and, by implication, lower current account surpluses. In Asia, this trend already seems to have set in, as shown by the chart below.
Non-Japan Asia current account balances

Local currency bond markets are likely to become more important. According to a recent study by the Asian Development Bank, developing Asia, Brazil and Russia now account for 11.4% of global outstanding bonds, the same as the combined share of France, Germany and the UK.
There are a number of obstacles, including the incidence of transactions taxes, limited liquidity and even capital controls. Despite these constraints, however, flows into the emerging market local currency bond space have continued to grow.

In a recent statement, the Finance Ministry in Korea said that foreign central participation in local treasuries had increased from 8% to 28% during the 12 months to July 2011. The Bank of Korea is seeking a license as a Qualified Foreign Institutional Investor to invest in China bonds.

We should also address one related issue – the role of the RMB. Its convertibility is correctly regarded as a pre-requisite for it to become an alternate to the US dollar. This will remain an issue – the RMB cannot become a convertible currency as long as it is undervalued.
Nonetheless, with the development of the CNH (offshore renminbi) market and the more recent permission to repatriate offshore RMB back into the mainland, the scope to invest in RMB products is improving.
Overall, we continue to see a diversification of external reserves, even if in a slow and gradual manner. This will gradually diminish the dominance of the USD – a store of value needs to add value.
Sterling lessons
At this stage, we are certain some of our readers will be sceptical of our view. Well, history does provide some insight into what can happen.
Consider the rise and fall of the GBP. Between 1860 and 1914, around 60% of world trade was invoiced and settled in sterling. This underpinned the reserve currency status of the UK, supported by deep liquid debt/loan markets and GBP bank deposits held by foreigners in London.
This is similar to the position of the dollar today – 61% of the world’s foreign currency reserves are denominated in USD, while 86% of foreign exchange transactions are done vis-à-vis the USD.
However, by 1913, we started to see the erosion of sterling-denominated foreign exchange reserve holdings. By that time, sterling accounted for less than half of global reserves, while the French franc accounted for around a third and the German mark around a sixth.
Sterling’s decline accelerated after World War 1 (1914-18), largely reflecting deteriorating economic fundamentals in the UK. The country had borrowed significant amounts of money (national debt rising from 26.2 % GDP in 1914 to 127.5% of GDP in 1919) to fund the war effort, thereby doubling the amount of money in circulation. One result was excessively high inflation.
The gold standard was also abandoned to avoid a large scale exchange of sterling with gold. More contractionary policies were eventually put in place, but by then, sterling had diminished in importance. It was replaced by other currencies including the German mark, French franc and, of course, the dollar. We moved on to a multi-currency world.
About the Author
This article is excerpted from “The USD hangover,” a report by Royal Bank of Scotland and affiliated companies that was published on 23 August 2011, and re-edited for clarity and conciseness. This material has been prepared for information purposes only and is not an offer to buy or sell or a solicitation of an offer to buy or sell any security or instrument or to participate in any particular trading strategy.
Read more on
foreign exchange bonds