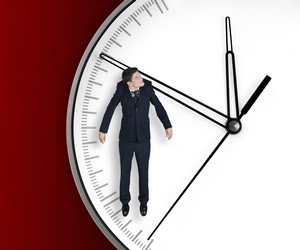 If you’re counting on bonds to fund new projects or bolster working capital in the next two to three years, beware. There will be intense competition from other corporates in Asia that need to refinance their US dollar denominated bonds. There could be corporate defaults in 2012 as well, which should be a concern for other companies that deal with these firms as counter-parties.

In a report released in March, Moody’s Investors Service says the companies it sees as broadly vulnerable include those with single-B and C ratings, which are associated with entities that have limited financial flexibility and sources of alternative funding.
“Near-term refunding need is manageable for USD bonds (including convertibles) maturing in 2010,” says the report, referring to bonds issued by non-financial corporates in Asia (ex-Japan and ex-Australia) that Moody’s has rated as speculative grade. “However, this need will rise in 2011 and 2012. The amount needing refinancing in these two years will be higher than the historical average, indicating that this will be a challenging issue after 2010.”
“The amount maturing – particularly when it is large for particular companies – highlights a looming issue for the rated speculative-grade entities in Asia,” warns Moody’s. It notes, however, that “this refunding risk does not necessarily need to be met through the cross-border markets” since the region’s companies have access to a diverse range of funding sources, including cross-border bank loans and domestic bond and bank markets.
Where the Bonds Are
The bulge in refinancing is due to a surge of speculative-grade public bond issues in 2005 and cross-border bonds (typically with five-year maturities) in 2006 and 2007. These trends were particularly evident in Hong Kong, where mainland Chinese companies typically issue bonds, and in Indonesia. Many are in the property sector, among them Greentown China’s US$340 million convertible bond maturing this year and Country Garden’s US$600 million convertibles maturing in 2011.
Moody’s estimates that the refunding requirements for these corporates, in terms of their USD bonds, will reach US$12 billion in the next three years. Of that amount, 73% will fall due in 2011 and 2012.
They will need to refinance at a time when both market refunding risk and company-specific refunding risk are at elevated levels. “Although we believe market refunding risk has eased from a year ago, it remains above normal levels due to uncertain economic conditions and tight credit conditions across the globe,” says Moody’s.
“The company-specific refunding risk for these bonds, on the other hand, will be moderate in 2010, but [will] rise in 2011 and 2012,” the credit ratings agency continues. “Coupled with the rising refunding risk for USD bonds is that the risk will reside more with single-B issuers in 2012. As single-B entities are typically characterized as having limited financial flexibility and sources of alternative funding, this concentration of risk is concerning.”
Moody’s expects some issuers to refinance ahead of maturities if they can. “However, their access to the capital markets is highly dependent on market liquidity and investor confidence, and thus is quite often opportunistic,” it notes. “Moreover, the credit markets remain volatile, even though conditions have improved since late 2008/early 2009.”
Rising Defaults?
Can Asia see a rise in corporate defaults in 2012? It’s possible. “These corporates’ USD rated bonds do not comprise all their debt, as substantial amounts of bilateral bank loans, syndicated facilities, and domestic bonds remain outstanding,” says the Moody’s report. “As a result, overall refunding risk is undoubtedly higher than what is covered in this report.”
“Speculative-grade issuers are often characterised by high leverage, limited operating and financial flexibility, volatile margins and cash flow, comparatively small scale and niche market positions, and limited sources of alternative liquidity funding, such as weaker access to the capital and bank markets,” explains the report. “Furthermore, low-rated issuers are generally unwilling or unable to refinance significantly ahead of time, which makes them vulnerable to whatever market and economic conditions may apply at the time of maturity.”
Of the 38 speculative-grade issuers with debt falling due by December 2012, 17 had insufficient liquidity as of December 2009. That means the company’s internal cash sources and its undrawn committed credit facilities will not be sufficient to cover its scheduled debt payments, committed capital expenditures, dividend payments and other cash uses in the coming 12 months.
“Of these 17 issuers with insufficient liquidity, seven are already rated B3 or below,” says the report. “For the remaining eight, the refunding risk is adequately reflected in their ratings and outlook. Such risk and other credit issues are analysed based on the company’s individual circumstances.”
Some of the 17 companies may be less vulnerable than the others. “Broadly speaking,” says the report, “some of these have strong shareholder support, others have good refinancing track records.”
Below is a list of selected bond issuances in Asia that will mature in 2012.
Bonds of Asian (ex-Japan and Australia) Speculative-Grade Corporate Issuers Maturing in 2012
About the Author
Cesar Bacani is senior consulting editor at CFO Innovation
Read more on
credit management