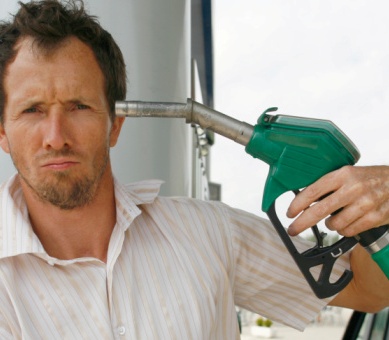 It wasn’t too long ago that crude oil prices peaked at US$147 a barrel. That was in the middle of 2008, before the fall of Lehman Brothers and the hurricane that was the global financial crisis. Oil then fell to the US$40 level as economic activity churned to a near halt, before recovering to the US$70-US$90 range on signs last year and so far this year that the U.S. and other major economies are returning to growth.

Still, there are things that companies can do internally to prepare for a possible oil-induced economic crisis. One is to step up energy conservation and efficiency efforts. The prospect of higher oil prices should underline once again the importance of these programs, which could have fallen between the cracks when oil was at US$40 a barrel.
At the World Economic Forum in Switzerland earlier this year, some CEOs spoke of how their company was able to reap savings of 30% to 50% through energy efficiency programs. Experts at a panel on business energy efficiency note that US$10 billion a year is wasted in the U.S. alone to power computers and other electrical devices while on stand-by mode, a situation that can be rectified by simply unplugging those devices from electrical outlets when not in use.
In a report, Accenture, the international management consultant, urges companies to focus on “operational excellence – building the right operating model (the ‘what,’ ‘who’ and ‘where’ of business operations) and excelling at execution (the ‘how’ of business operations).” Across industries, the report says, “productivity improvements through shorter lead time or better production planning can reduce costs by up to 40%.”
“If we see continued disruptions in the Middle East and oil prices increase, that will have a major impact on the strategy [of global companies] moving finished goods from China to European markets and American markets,” says Jonathan Wright, a Senior Executive at Accenture. “Several years ago, Accenture did some research that looked at crude prices at around US$150 a barrel. You do start to see that [price point] having a major impact on supply chain strategies.”
Being lean and at the same time also mean is something that companies should strive to achieve, in any case, regardless of where oil prices are going. The current environment of rising inflation, interest rates, and commodity and energy prices just adds more urgency to this mission-critical endeavour.
About the Author
Cesar Bacani is Editor-in-Chief of CFO Innovation.