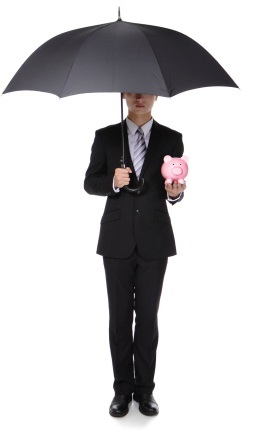 The region’s fundamentals and those of Southeast Asia and India, in particular, have deteriorated over the last two years. It is, however, both inappropriate and misleading to equate the present situation with that in 1997, the year of the Asian financial crisis.
Ranging from measures of external vulnerability to financial system soundness, the present situation is significantly superior. The odds of a crisis in the region are negligible, in our view.
Present problems can be resolved via a recalibration of policies as well as some readjustment of interest and exchange rates. Unlike in 1997, there is no need for any external financial assistance or a recapitalization of banks.
The requisite policy framework now is a revamping of economic systems to ensure productivity-led growth.
1997 vs. 2013
The 1997 crisis reflected a myriad of problems and shortcomings. Public guarantees for infrastructure projects, fixed exchange rates and weak banking systems had cumulatively contributed to unsustainable current account deficits and a build-up of short-term external debt.
The unraveling of these problems had resulted in nearly a 70% decline in asset prices and currencies. The scale of implosion was exceptionally large, resulting in close to a 70% decline in asset prices and exchange rates. The subsequent period of deleveraging and reduction in economic activity was unusually large and prolonged.
The region’s current problems are in fact far more benign than in 1997, as evident from a host of parameters. The first of these parameters are current-account balances. Though weaker than in 2010, only India and Indonesia have suffered from durable deficits. Thailand’s deficit in Q2 2013 was temporary, reverting back to surplus in August.
Similarly, Malaysia’s current account has remained in surplus despite a hefty reduction over the last two years. Moreover, Korea and the Philippines, two countries where deficits were chronic until 1997, are now in surplus.
Evolution of current account balances

Sources: Institute of International Finance, RBS
Debts and reserves
External stability has been further reinforced by stable and high import coverage ratios as well as a lower level of external indebtedness. External indebtedness, measured as a share of GDP, is lower than in the 1997 period in most countries.
Short term external debt comparisons (Q2 1997 and latest)

Sources: Asian Development Bank, RBS
Quantitative easing
Market observers have also pointed to the risks of a rapid reversal of capital flows (portfolio and bank lending) resulting from the multitude of quantitative easing programmes since the global financial crisis. These capital flows have indeed picked up in recent years but the scale is measurably lower than in the run-up to the Asian crisis.
Our estimates show that for emerging Asia, the cumulative increase in portfolio flows in 2010-13 was around half that in 1994-97. Bank lending was also marginally lower on an aggregate basis. The only country where bank lending has risen sharply is Thailand, presumably driven by the post-flooding reconstruction activities.
This does not mean that the tapering of quantitative easing and an attendant withdrawal of foreign capital will not have any impact on the region. Rather, it can be managed. Though it is likely to be accompanied with some adjustments in exchange and interest rates, extreme and untested levels are unlikely to emerge.
Trends in private non-FDI capital flows

Sources: CEIC, RBS
Financial sector stability
Another important issue in the consideration of any crisis is the stability of the financial sector. As can be recalled, banks in Asia crisis economies (Indonesia, Korea, Malaysia, Philippines and Thailand) were both recapitalized and the supervisory/governance frameworks strengthened.
Currently, banks in Asia appear well capitalized alongside a satisfactory asset quality.
Capitalization levels of banking systems

Sources: Asian Development Bank, RBS
Of course, strong loan growth has to a large extent contributed to low NPL ratios. We are also cognisant that cheaper credit has resulted in rapid increases in property prices, and more so than in the run-up to the Asian crisis.
However, even after conservatively assuming that some of the property-related loans are defaulted upon, asset quality is likely to remain much superior compared with that during the Asian crisis.
Evolution of property prices

Sources: CEIC, RBS
Massive collapse in growth and margin calls on short term external debt was responsible for the deterioration in asset quality during the Asian financial crisis. Both are unlikely events at this stage even though growth has become weaker. We also believe that the health of the Indian banking system is a cause for concern but even so, the position is far from catastrophic.
Conclusion
Our main contention is that while imbalances have built up in Asia over the last 2-3 years, the scale is nowhere near that during the Asian financial crisis. Extreme judgements are simply not warranted.
But this does not mean that there is no reason to worry. We are concerned with the fact that structural reforms have been slow to come about at a time when fiscal and monetary space to support growth has diminished.
Structural reforms are important to reverse the slowing growth momentum. The needed reforms vary across countries, but broadly include the opening of markets including services, addressing weaknesses in infrastructure and augmenting the quality of human capital.
For now, the most important weakness in the region is not imbalances but the lack of productivity-driven growth.
About the Author