Regulations: The Volcker Rule and the Cost of Capital 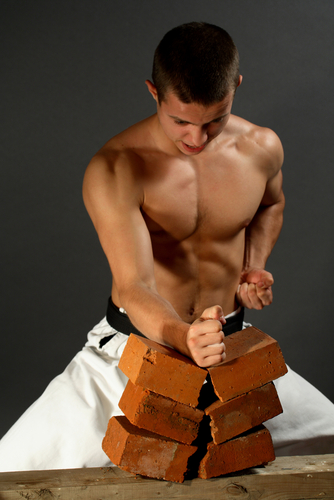 US regulators are at long last close to finishing the Volcker Rule, the ban on banks’ proprietary trading. What happens in the US has a way of percolating down to the rest of the world, so financial institutions and businesses in Asia and elsewhere are also keen to see exactly what the rule-makers will decree.
A preliminary agreement has reportedly been reached by the five federal agencies involved. The Federal Reserve, Office of the Comptroller of the Currency, Federal Deposit Insurance Corporation and the Commodity Futures Trading Commission will vote on 10 December. The fifth agency, the Securities and Exchange Commission, will do the same on or around that date.
Hedging or proprietary trading?
The debate among the rule makers over what exactly should be allowed comes down to a disagreement over the importance of banks' role in the economy.
There is no disagreement that taxpayers should not be on the hook for losses when banks trade for their own account, as the world learned the hard way when the Treasury bailed out AIG – and, by extension, the banks that were its counterparties – in 2008 in the midst of the financial crisis.
The difficulty lies in distinguishing banks’ proprietary trading from that involved in market making, or trading for their customers’ accounts.
Then there is the related issue of where hedging activities that are specifically designed to limit losses fit into the picture. After all, to trade for customers requires the bank to match buyers with sellers or take the opposite position itself.
The issues are unquestionably complicated. That explains why regulators missed their deadline for completing work on the rule by a year and why the Dodd-Frank Act, passed in 2010, gave them two years to write it in the first place.
But the example of JPMorgan Chase’s notorious US$6.2 billion trading loss in 2012, known as the “London Whale,” clarifies the questions involved to some extent.
The loss stemmed largely from what the bank claimed was a broad hedge against a portfolio of corporate loans it made, using credit default swaps. So the purpose of the trading involved would seem to fall into the market-making category, and therefore should not be banned because it is not proprietary trading.
But the hedge obviously failed, or JPMorgan wouldn’t have been stuck with a loss. And that's where the trades’ apparent qualification as market making seems to need, well, qualification.
No accounting rule
In fact, there is no such thing as a broad portfolio hedge, according to the relevant accounting rule created by the Financial Accounting Standards Board, known as FAS 133. That rule requires banks and other publicly traded companies to classify hedges according to the risks they are meant to offset.
In the broadest sense, FAS 133 requires such companies to identify a hedge as either mitigating cash flow risk or interest-rate risk, or some combination thereof. There is nothing there about a ‘portfolio’ hedge, as JPMorgan called the activity that led to the London Whale loss.
No wonder regulators, such Gary Gensler, the outgoing Chairman of the Commodity Futures Trading Commission, have argued that the Volcker Rule should not allow ‘portfolio’ hedges to qualify as market making.
But the US Securities and Exchange Commission, for the most part, has disagreed, extending the debate. And now the question is whether the final rule will require banks to link hedges to specific risks, an outcome Gensler and his allies are pushing for. Word on the street is that the rule will be tougher than what most people expect.
‘Small price to pay’
The financial services industry and its sympathizers at the SEC say disallowing portfolio hedges will inhibit banks’ ability to make markets. But how seriously should this argument be taken?
Not too seriously, say critics. They note the banks need not trade much to make markets for foreign currency or interest rates, as what is already on their own books represents much of what is required there. As for commodities, banks are under pressure to exit that market, since it is not where they naturally belong, or so most regulators contend.
That leaves credit, and brings us back to how the London Whale hedge should have been structured to qualify as a hedge for market-making purposes.
To the extent that banks’ efforts to hedge there are limited by regulation, observers say the cost of capital may indeed increase. But they contend there is no cause for alarm, especially when one considers the benefit of a financial system less likely to require taxpayer bailouts.
As Jeff Wallace, principal in Greenwich Treasury Advisors, stated in an email: “That the banks will make less money and that some corporates will have to pay a little bit more on their derivative transaction costs is a very small price to pay.”
About the Author
Ronald Fink is Editor of FierceCFO in the US, a sister publication of CFO Innovation. Click here to sign up for the FierceCFO newsletter.
Photo credit: Shutterstock
Read more on
hedging