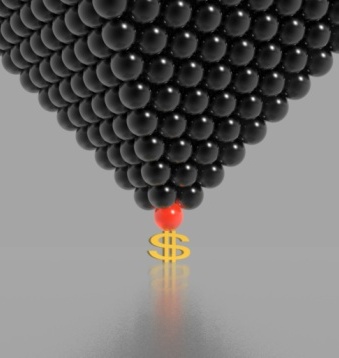 When news of the earthquake and tsunami in Japan reached Gary Lynch, his first thought would surely have been with the victims of the tragedy. After that, he probably thought: More late nights, again!

Lynch is Head of Supply Chain Risk Management at Marsh Risk Consulting, and it is his job to advise corporate clients about supply chain issues after a disaster – or preferably before it happens.
He has been extremely busy. Over the past year, major earthquakes hit New Zealand, Chile, Haiti and Japan. Australia suffered from massive flooding while Iceland reeled from a volcanic eruption. Pirates hijacked supertankers off the coast of Africa and the Gulf of Mexico was sullied by a three-month-long oil spill.
But it is the 9.0-magnitude quake in Japan and the associated tsunami and ongoing nuclear accident that probably have the most serious impact on global business. That’s because the world is “more integrated, more dependent on external parties for the most part, much leaner after the financial fallout,” says Lynch.
“The execution of just-in-time [manufacturing] ten to fifteen years compared to now is much more pervasive,” he adds. “All this has had a significant impact this time around.”
Broken Chains
In a new report that looks at the impact of the disaster on a range of consumer and industrial corporate sectors outside Japan, Moody’s Investor Service singles out automotive and technology as among the hardest hit sectors.
Indeed, Toyota and Honda in Japan were still shuttered two weeks after the quake, because some of their suppliers are located in the northeast, which suffered the brunt of the earthquake and the tsunami. Honda, which has 110 suppliers in the devastated region, indicated that a tenth of those suppliers are meeting difficulties in restarting operations.
“Ascertaining conditions over the entire supply chain from the materials stage onward and returning to normal operations or switching to alternative parts is difficult,” wrote JP Morgan analyst Kohei Takahashi in a report, suggesting that the car plants may “remain in disarray” for a longer period than expected.

By the end of March, Bloomberg estimates, 600,000 vehicles worldwide may fail to roll out of assembly lines because of problems at Japan's auto parts makers and other suppliers, including the maker of a paint pigment. Michael Robinet of US research organisation IHS Automotive told the business information provider that some 320,000 vehicles have already been lost as of March 24.

“The next surge of shutdowns comes when the pipeline of parts that were already built dries up,” Robinet told Bloomberg. “The rate of lost production will accelerate once North American plants join in.”

Meanwhile, industry researcher IHS iSuppli reports a 25% fall in the global production of silicon wafer, used to make flash memory and DRAM devices, and a 70% cut in the production of copper-clad laminate, used to make printed circuit boards. The Japanese plants are being repaired and production is being shunted off to alternative sites, but power and materials shortages are hampering these efforts.
Long-Term Disarray
The author of the 2009 book Single Point of Failure: The 10 Essential Laws of Supply Chain Risk Management, Lynch expects the disarray to continue rippling out across the world. “The aftershocks to the global economy from this disaster may unfold very slowly,” he warns. “Many of the economic consequences have yet to be seen.”
Some analysts say things should return to normal in six months, but Lynch thinks that expectation “is extremely aggressive.” A more realistic timeframe is 18 to 24 months, given the loss of capacity, the nuclear situation and how it can hamper power supply, the ability to ship because of damage to ports in the northeast, and other issues.
Lynch warns that industries dependent on steel, autos and semiconductors will feel knock-on effects. They include such diverse goods and services as medical devices, communications gear suppliers, car dealerships, solar, shipbuilding, aviation and consumer electronics.
“I’ve been working with a number of companies [in the U.S.] that already have gone through very significant changes to their supply chain,” he says. “They are looking at the ultimate availability of the products and components they produce as well as searching for alternate capacity in other parts of the market. This unfortunately will have a downstream effect on who they supply.”
Ironically, the task of repairing post-quake supply chains has become more complicated and difficult today compared with, say, a couple of years ago because the global economy is on the recovery path. “Demand in the market was a lot lower during the global financial crisis,” says Lynch. “Demand in high-tech and autos have really ramped up in the last few months.
What Companies Can Do
Can CFOs and other business executives do anything at all? The question is becoming more urgent not only for companies directly or indirectly affected by the Japanese quake because it seems like 2011 will be a year of disasters.
“It’s concerning, when you think about,” says Richard Whitt, President and Co-Chief Operating Officer at New York-listed insurance company Markel Corporation. “It’s almost like [earthquakes are] going around the Ring of Fire. If I were sitting in California right now, I’d make sure my earthquake coverage is up to date.”
But CFOs should expect premiums to rise. The recent spate of catastrophic disasters will almost certainly cause reinsurers to raise their rates, and that means insurance companies will be passing those increases on to their customers and adding mark-ups of their own to reflect perceptions of higher catastrophic risk.
Companies can purchase coverage not only for loss of or damage to physical assets, but also for contingent business interruption, which covers situations such as broken supply or distribution chains.
However, some insurers may now become reluctant to cover contingent business interruption situations because it is difficult to price the risk correctly. “It is a difficult exposure to get your head around as people are now learning, seeing what happened in Japan,” says Whitt.

Not all risks are insurable, to begin with, and even those risks that a company may find cover for do not necessarily need to be insured. “The pricing may be something a CFO may have difficulty coming to terms with,” says Whitt, who was CFO of Markel until last year.

“What a lot of companies do, where they see they are overdependent on one supplier, is try to find ways to spread that out, to diversify [the supply chain].”
But meaningful diversification may not always be possible, warns Marsh’s Lynch. There used to be tens of thousands of auto parts suppliers worldwide. Today, that number has been whittled to around 3,000, which may consolidate further into 800 or so suppliers through M&A or natural attrition.
Know Thy Chain
What companies should do first, he advises, is to know their entire supply chain. That’s not as easy as it sounds. “Most of the organizations that I work with don’t really look beyond that first-tier supplier, even though they’re totally dependent on infrastructure and upstream suppliers and contract manufacturers and all that,” observes Lynch.
But Cisco and some other companies have “done a great job in looking at their catalogue products that produce either the most revenue or create the greatest margins and mapping back to the source,” he says. These companies looked into not only materials and commodities, but also critical infrastructures, labour, skills and relationships.
“It’s a case of modeling investment against impact and to try to avoid the pattern of chasing the latest threat, because no one can predict threats and consequences,” Lynch adds. “It’s more of looking at the impact of maximum failure points, and then allocating some risk mitigation dollars against that.”
The traditional methods of piling up safety stocks and buffering have been forgotten of late because of the emphasis on just-in-time manufacturing, but these can be useful, so long as the inventory items do not run the risk of technological obsolescence.
Companies can also investigate repurposing, meaning that abundant parts designed for one product may be repurposed for use in another product, and substitution of non-branded parts, such as tires and engine filters.
In some cases, companies can source even from competitors. One Marsh client, a company in the U.S. that makes flooring, had its facilities destroyed by fire three times, but none of those disasters had an impact on earnings.
“When they analysed their business, they realised that their strength was their distribution network and their relationship with the big wholesalers,” Lynch recalls. Instead of telling those networks that they had no flooring to supply them, the company sourced flooring from the competition.

The bottom line: Know the critical supply chains and design a comprehensive risk management program around them. “You have to look at it horizontally and at the full set of leverage that you have,” Lynch urges.
The decision may be to build up safety stock or to look for additional capacity. Whatever the course of action, “it has to be costed out to see what impact it’s going to have on accelerating your recovery.”
About the Author
Cesar Bacani is Editor-in-Chief of CFO Innovation.
Read more on
procurement insurance business continuity