Positive Outlook for ASEAN Exports During 2014 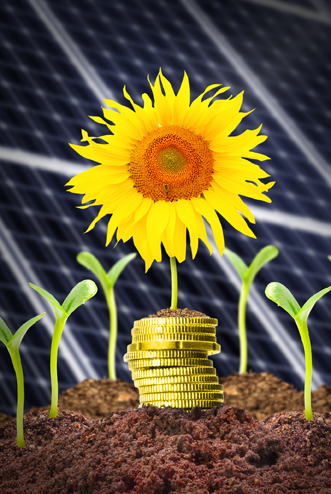 World economic growth has been slowing since 2010, but will this trend continue into 2014? The US government shutdown last year dampened the country’s economic performance for the year; but will ASEAN suffer the consequences of such upheavals?
The good news says a report, is that global economic growth is set accelerate in the coming years, and ASEAN is in a prime position to reap the benefits of this recovery. The picture is, however, not all rosy.
According to the report titled Economic Insight, Southeast Asia for Q4 2013, commissioned by ICAEW and conducted by Cebr, international trade will see revitalized demand in 2014 which will translate into an increase in exports for ASEAN.
Standing Ready
The sluggish performances of key trading partners such as the US have dampened ASEAN’s export activity since the global financial crisis. However, the US and Eurozone look set to experience higher economic growth rates in 2014 and 2015, which should translate into stronger demand for ASEAN exports.
This is expected to lessen the pressure that ASEAN’s exporters have been facing since the global financial crisis. An acceleration of economic activity, especially in the US, will significantly boost demand for goods and services in ASEAN.
Increased Demand From the Eurozone
ASEAN exports are also likely to face increased demand from a return to growth in the Eurozone. Prolonged weakness and recession within the European Union has led to its share of ASEAN’s exports dropping from 13% pre-financial crisis to 10% in 2013.
While the European Union’s gradual recovery will not lead to a dramatic increase of its share of ASEAN exports in the near term, it should ease the lagging export growth ASEAN has faced in recent years. Improving sentiment among purchasing managers in Eurozone manufacturing sectors lends credence to this forecast and hints at future increases in the Eurozone’s demand for ASEAN commodities in the near term.
There’s more good news. A strong correlation exists between overall GDP growth in the Eurozone and the region’s demand for ASEAN’s goods exports. Between Q4 2011 and Q1 2013, the Eurozone experienced six consecutive quarters of recession, with demand for ASEAN goods exports falling by 20% over the same period.
However, signs are now pointing toward economic recovery in the currency union, with GDP growth expected to hit 0.7% and 1.1% in 2014 and 2015 respectively.  While these figures may not appear impressive, this growth will likely cause the demand for ASEAN goods exports to bounce back by 2% to 4% each year.
Disparities in economic performance within countries in the Eurozone are expected to remain, however; although the latest survey data suggests an increase in manufacturing output overall in the region, France’s manufacturing sector is expected to continue shrinking. This could pose a threat to the possible respite from the Eurozone.
The overall picture appears promising, as events in the US and the European Union could help mitigate slowing demand from ASEAN’s closer neighbors, notably China and Japan.
Click image to enlarge
Figure 1: Positive Global Economic Growth

Annual change in ASEAN's goods exports to Eurozone; and annual change in Eurozone GDP. Source: IMF, Cebr analysis and forecasts
Murky Waters Closer to Home
The situation closer to home does not appear to be as positive. Despite increased GDP growth in Q3 2013, slowing manufacturing growth in China strongly indicates the world’s second largest economy is cooling, and will continue to cool in the coming years.
In the medium term, this would mean an export growth cap on ASEAN’s traditional model of using exports to drive growth, as China currently demands 16% of goods exported by ASEAN. This does not bode well for most of ASEAN, as the impact of easing demand from China is expected to outweigh the increases in export demand from the US and the Eurozone.
Japan, which currently accounts for 13% of ASEAN’s goods exports, is also expected to reduce its short term demand. The devaluation of the Japanese Yen has rendered ASEAN’s exports less affordable for the country, although the impact has been somewhat mitigated by the depreciation of ASEAN currencies earlier in 2013, notably the Indonesian Rupiah.
Typhoon Haiyan
Meanwhile, the destruction caused by Typhoon Haiyan in the Philippines has limited the country’s economic expansion end last year.
Reduced exports from the Philippines is also expected to have knock-on effects on the exporting capability of other ASEAN economies, due to the close integration the Philippines has with the rest of ASEAN. Typhoon Haiyan’s destruction is likely to hold back both international trade as well as trade between ASEAN members.
Owing to Haiyan’s destruction, current account deficits for Indonesia, Thailand and Malaysia are forecast to widen slightly this year. The year 2015, however, should push these current account balances towards positive territory, due to increased demand from the US and the Eurozone.
Singapore, which has maintained successive current account surpluses since 2009, will continue to benefit significantly from increased demand of its goods and services as the global economy improves.
ASEAN Expected to Gain
On the whole, ASEAN’s countries are expected to gain from the improvement in global economic activity in 2014 and 2015, despite the negative pressures highlighted above. The establishment of the ASEAN Economic Community, currently planned for 2015, should encourage free trade and improve competition between ASEAN’s economies, which should lead to exporters innovating to achieve efficiency and productivity.
With the exception of the Philippines, the bulk of ASEAN’s key export markets are forecast to grow by more than the global average in these two years, and this export growth is expected to help insulate the various markets from a global economy that will remain weaker than it was before the financial crisis.
Click image to enlarge
Figure 3: ASEAN Countries are All Growing

Current account balance for individual ASEAN economies as a percentage of GDP.
Source: Bank Indonesia, Bank of Thailand, Department of Statistics Malaysia, Singapore Department of Statistics, Bangko Sentral ng Pilipinas, Macrobond, Cebr analysis and forecasts
Serious Implications
The report warns of serious implications on economic growth, should any development adversely impact any of ASEAN’s key trading partners.
Any sudden slowdown in China would cripple export growth for the region, as would a renewed crisis in the Eurozone. Sudden depreciations in domestic currency would also weaken investor confidence in ASEAN, negatively affecting financing and investments even as exports slow.
This would significantly transform ASEAN’s credit environment and forcibly wean the region’s economies off any dependence on loose monetary conditions to drive growth.
Consequences such a change would be significantly felt in Indonesia and Thailand, who have experienced high growth rates in net capital inflows since the financial crisis.
About the Author
Melissa Chua is a Contributing Editor at CFO Innovation.
Photo credit: Shutterstock
Read more on
trade finance economic outlook ASEAN