Planning Alert: Predicting the Next 12 Months 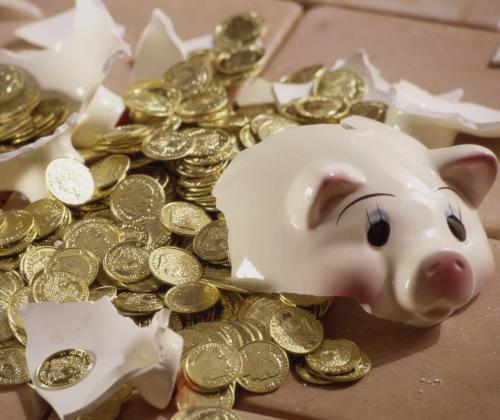 A friendly client reminded us recently of a statement we had made in the aftermath of China's monetary response to its 2005 yuan appreciation. In order to make sure that a potential export slowdown (which never materialised) did not derail growth, China flooded its economy with money. M2 money supply growth jumped from 14% year-on-year in early 2005 to more than 18% year-on-year in the months following the revaluation. Our comment afterwards was that “we did not foresee how willing the Chinese would be to inflate their system.”

Well, we have suffered from the same lack of foresight again in 2009. While China has been the worst inflation offender, the rest of the world has tried equally hard (and managed some success in asset prices – not Japan, though). The reason we rarely predict this politically engineered frenzy is because we know that it makes no sense and has no lasting real effects. It merely exacerbates imbalances.
We always hope for rational policy-making but, so far, we have always been disappointed. Oh well, at least it makes the job of pinpointing the countries with impending crises easier – in the long run. And 2010 is shaping up to be a long-run year.
The Next 12 Months
Central banks and governments have convinced themselves that they have saved the day (by pouring more money and debt on an over-leverage problem). Their arrogance will ensure that they will begin to test exit strategies in the next few months.
Central banks will be the first to halt quantitative easing strategies (the Fed is particularly adamant that no more is required once the current US$1.75 trillion buying programme runs out). The growth momentum in narrow high-powered money is already slowing sharply. Governments too will attempt to scale back on their budget deficits, mostly by raising taxes.
The result, in our view, will be renewed weakness in asset prices and renewed weakness in economic activity. Far from the crisis being over we expect to see a resumption of major strains in the system. Here are our general predictions for the next 12 months.
Gold, Unemployment and Inflation
Global Recession
In short, after eight months of market rallies and the most extraordinary experiment in monetary and fiscal policy ever, we are more concerned about the market and economic growth outlook today than we were 12 months ago.
Could markets hang on in there for another year? Yes, it is possible. However, it is not our central scenario. Markets and taxpayers are pushing central banks and governments to normalise policies. The process of doing so will show the world that we are not even in the third innings of this crisis. Money can paper over the cracks in economies and financial systems for a while but it cannot cure the underlying cause of the malaise: the distortions and misallocations of capital that built up in the preceding boom. These can only be addressed by liquidation and by time.
2009 has been the eye of the storm in the global financial crisis. In 2010 the constraints to public policy will become apparent. We expect global GDP growth of no more than 2% in 2010 – effectively a recession, if we follow the IMF’s definition pre-crisis of global recession as 3% GDP growth.
About the Author
Dr. Jim Walker is founder and managing director of Asianomics Limited, an economic research and consultancy company servicing principally the fund management industry. Formerly chief economist at CLSA Asia-Pacific Markets, he was one of the few economists who correctly predicted the 1997 Asian financial crisis and the current global recession. This article is excerpted from “Green Planet: State of the World,” a 76-page Asianomics report published in December 2009. Asianomics Limited is a subscription only service. For further details please visit the Asianomics website at www.asianom.com.
Read more on
economic outlook