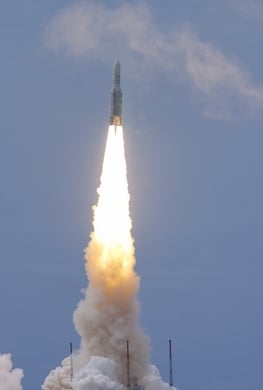 The Philippines has broken the trend of slowing growth across the rest of Asia, posting the fifth quarter of above-consensus (Bloomberg) growth. Domestic demand was the main growth driver, with an additional push coming from construction activity. The risks of overheating have now risen significantly for the Philippines, in our view.
Exceeding Expectations
Philippine GDP expanded s Q1 2013 GDP expanded 7.8% year-on-year (2.2% quarter-on-quarter) in first quarter of 2013, much stronger than our forecast and Bloomberg consensus estimates.
Also, GDP growth in fourth quarter 2012 was revised upwards to 7.1% year-on-year (1.9% quarter-on-quarter), from 6.8% year-on-year (1.5% quarter-on-quarter),  due to an upward revision to construction activity. This takes the full-year 2012 GDP growth to 6.8%.
Click image to enlarge
The Philippines finally takes off

During the first quarter, consumption activity continued to expand at a robust pace, with private consumption growing at a stable 5.1% year-on-year and government consumption increasing at a strong 13.2% year-on-year.
The real highlight of the first quarter GDP print, though, is the 33.7% year-on-year growth in construction. Public construction rose at 45.6% year-on-year, which is especially impressive as it comes off a very high base of 62.2% year-on-year growth in first quarter 2012. This was largely a result of front-loading of expenditure for the 2013 budget and the large disbursements of funds in fourth quarter 2012 finally being put to use in projects.
Quality of Growth
Private construction, too, increased 30.7% year-on-year in first quarter 2013. However, this rapid increase raises doubt in our mind about the quality of growth. The increase was driven by 25% year-on-year average growth in real estate loans over the last four years. We fear that bubbly conditions may be starting to emerge.
We expect the central bank to tighten measures around the real estate sector even further, after forcing banks to include additional assets under the ‘real estate loans’ category, which had pushed up the share of these loans above the 20% ceiling. Some relaxation of this ceiling can be expected, but overall we do not see the strong growth in construction as sustainable.
Click image to enlarge
Is a property bubble forming?

On the exports side, growth was expectedly weak at -7% year-on-year in the first quarter. The most worrying sign is the two straight quarters of negative growth in services exports. Services exports fell by2.2% year-on-year in first quarter 2013. It is surprising that the business process outsourcing industry, which has a long take-off period, is already beginning to slow in the Philippines.
Meanwhile, growth in imports came in at 1.6% year-on-year during the same quarter, with services imports and imports of goods for domestic consumption growing in line with domestic demand. Consequently, the current account surplus is likely to narrow going forward as domestic demand keeps rising.
Growth Forecast
In line with today’s GDP number, we are raising our full-year 2013 forecast to 6.9% from 6.6%.
Despite the strong pickup in demand, we do not expect inflation to become a problem right away. We expect inflation to rise only towards the end of this year and so we are keeping our 2013 inflation forecast of 3%.
We expect the central bank to stay put until third quarter 2013, and then embark on a hiking cycle thereafter. However, we would like to reiterate that the economy has now grown above trend for a considerable period of time. Therefore, the possibility of imbalances emerging remains high, i.e., the risk of overheating has become even more prominent and needs continuous monitoring.
Click image to enlarge
Hot GDP – but things may overheat

This article is excerpted from “Alert: Philippines,” a report by Royal Bank of Scotland and affiliated companies that was published on 30 May 2013. It has been re-edited for conciseness and clarity.