New World Order: Asia and the US Downgrade 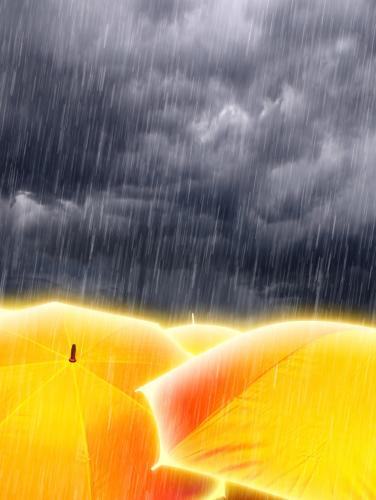 When ‘Risk-Free’ Becomes Risky
It’s finally official: the US is no longer the safest credit around according to the good people at ‘moody and poor’. But while Europeans might agree that it was about time, their glee will not last as countries such as France, Austria and the UK look set to follow. (Editor's Note: S&P affirmed France's triple-A rating on August 11.)
Beneath the obvious inability of politicians and bureaucrats to deal with the fundamental issues lie a more sinister reality and a potential outcome not comfortably spoken about, at least in public. The downgrade of US debt from the AAA rating to AA+ is not shocking or disturbing in itself. After all, who in their right mind has trusted the rating agencies for the past decade (they have been backward looking for at least that long)?
The real issue is what the global financial system will look like when the de-facto risk-free assets turn risky.
The fact that investors globally have preferred to take shelter in low (no?) yielding US Treasuries at the very time where the risks of those instruments have been rising for a long time can only be described as ironic and insensible.
So, maybe reserve managers won’t sell Treasuries, but presumably they won’t buy them either (this has been the trend for some time now). Given the size of outstanding stock that sooner or later matures (and needs rolling) and given the size of the US fiscal deficit which needs funding . . . Well, supply isn’t exactly limited.
Have a think about what endless supply and a sense of credit risk have done to Greek, Irish, Portuguese, Spanish, Italian and now even the French (sacre bleu!) bond yields. Related to this, S&P, to appear consistent, will also have to downgrade other AAAs – starting with, perhaps, France. (Imagine the impact on the euro, which we see as clearly fundamentally overvalued).
It is true that the US retains the ability to print money and move its currency, so that does provide an alternative outlet. Still, we see Treasuries as having poor fundamentals (especially for non-US dollar based investors) and badly overpriced, at a time when someone official has just let it be known that the emperor – as we all suspected – is in fact naked.

Demise of the Dollar

It is simply scary how strong the consensus is that Treasuries will stay strong forever – very akin to the consensus surrounding tech stocks in late 1999. Ultimately what is passing before our eyes are several major events.
Firstly, the global economy is slowly re-balancing. The imbalances of yesteryear in capital flows and the trade of goods are gradually beginning to move back towards equilibrium. This process is painful as it requires structural adjustment. Hence, the hefty policy resistance to taking the right, hard decisions is making progress frustratingly slow.
Secondly, and somewhat related, is the structural shift in composition of total output and activity in favour of emerging markets and away from developed markets. The backstop here is the reality that when you have become an adult, you by necessity have to stop growing (at least upwards). A lower base, therefore, is partially in play.
More importantly, however, is the clear benefit that many emerging markets are reaping from their structural reforms of previous years. (There are now signs that some of this good work is being undone, but that’s a different story). There are also examples of this in Europe, most clearly in Germany and the Baltics, which are now both clearly better off due to the structural adjustments of yesteryear.
But the other more uncomfortable story is that living standards have begun dropping in the advanced world and will likely remain on a downward trajectory for years. This is due to bloated social security commitments and aging demographics as well as excess debt and stagnant incomes.
Thirdly, the exclusive status as the world’s reserve currency occupied by the US dollar since the second world war has started to unravel. While it is true that there is no one currency which could take its place today, the reality is that global economic leadership is becoming more diversified and currency markets will likely reflect this over time.
This trend is not unprecedented. Reserve currencies have come and gone for centuries. But the current situation is perilous since it is hard to see any one particular replacement. Still, since the US dollar has already sold off significantly and now looks cheap, the impact of this shift will more likely evolve around the role played by Treasury yields as the world’s risk-free rate.
Slowly but surely, they are losing their relevance, being replaced instead perhaps by a cross-current of fundamentally stronger but admittedly smaller and less liquid alternatives.
As this demise slowly plays out and what is currently considered risk-free (i.e., developed-world government debt) slowly turns out to be dangerously less creditworthy because of its poor fundamental underpinnings and madly manipulated prices, the outcome eventually has got to be a rise in the overall cost of capital, in our view.
Emerging Markets as Beneficiary
There is just no getting around the fact that letting the US government borrow at 2.4% is plain wrong relative to the associated risk, unless you believe the government there is about to embark on some sort of Japanese adventure.

Of course you will get paid back, but in what form? Broad inflation in the US – changes in prices of all goods and services purchased for consumption by urban households – was last reported at 3.6% year-on-year in June.

We expect to see the world potentially divided into those countries that have the ability to fund their own growth and those that do not.
Generally the move up in the cost of capital is likely to leave investors looking for better quality credits and/or risk-reward propositions measured foremost in terms of capital sufficiency, cash flow and balance sheet strength. That should be good news for the parts of Asia (and the rest of the world) which have the ability to fund themselves (see table below) – including economies such as Thailand, Taiwan, Malaysia, Hong Kong and Singapore.
Click on table to enlarge
Capital Sufficiency: Stick to the Countries on the Right

Sources: Moody's and RBS
Alternatively, thinking along the lines of decades lost to policy paralysis and the lack of structural reform (ie, the US is the new Japan), US Treasury yields could continue to grind lower, supported by yet more unorthodox monetary initiatives. That will leave large amounts of speculative capital looking for a fundamentally more attractive return elsewhere.
With a new substantial round of quantitative easing just around the corner, this different potential outcome would equally be supportive for ‘risky assets’ that can retain their worth in real terms. Asian equities and currencies, in our view, fit that bill.
Rays of Light
Generally speaking, while the above is increasingly concerning equity markets, the persistent weakness of growth indicators in the developed world have become perhaps even more worrisome in recent weeks. To this end, RBS US economists have lowered their growth forecasts for the US economy for both 2011 and 2012. Consequently, interest rate expectations have equally been pushed back so that no Fed funds increases are now anticipated until the middle of 2013.
It is truly a remarkable predicament and an unusual time we find ourselves in.
Still, as RBS European equity strategist Ian Richards points out, it is probably still too early to throw in the towel on some sort of second half recovery in the US. He highlights rebounding auto and chain store sales in recent weeks as well as the reversal in gasoline prices as rays of light for the consumer side of the economy.
And not withstanding the weak Institute for Supply Management (ISM) June report, manufacturing could benefit as inventories of anything outside durables are rebuilt (these are currently at four-year lows).

In our view, there might also be a chance over the medium term that the agreed August 2 debt-ceiling resolution will provide a positive catalyst to private enterprise investment and activity – certainly if accompanied by more substantial agreements to reduce spending, including on entitlements, and to increase income, including via higher taxes.

The agreement would seem to curtail and limit further government expansion in the quarters and years to come. If this is true, it might not be good for GDP figures as such, but it could help enable a scenario where the private sector grows into the gap left by a shrinking public sector.
Given the well-proven superior efficiency of business over government, the net impact to the stock market could be rather positive. It would, however, force up bond yields as the competition for funds increases.
That point might in fact be closer to hand than popularly acknowledged, since there is decent evidence that business demand for credit has begun to expand while broad money supply indicators have started rising at an accelerating pace – perhaps some ray of light!
Meanwhile in Europe, while growth expectations for Germany might look reasonably achievable, the generally disappointing remainder of the union means that the overall current consensus forecasts of 2% for 2011 might also turn out to be too ambitious. In fact, as Italy and France gets increasingly questioned by the markets on their ability to sustain increasing debts, the whole situation is looking increasingly like the summer of 1997 in Asia.
If forced to venture a guess, we think Greece, Ireland or Portugal will become the Thailand, Indonesia and Korea of that time before March 2012. If so, the ability of Italy and Spain to stay solvent could be strongly questionable, given their current account deficits and debt burdens, notwithstanding the lower entitlement component of their deficits.
At that juncture, we believe the euro in its current form would no longer look feasible.
Decoupling Asia?
At danger of being seen as naïve, we would suggest that the recent crisis of 2008 did teach us that we shouldn’t overestimate the risks created from an economic slowdown in the West as far as Asian economies are concerned. This is because Asia’s stronger balance sheet does provide the ability to counter-cyclically support temporary private sector withdrawal, should it happen, via fiscal policy – and despite the region’s already loose fiscal stance.
This was true four years ago when exports were significantly more important in driving growth, and so it should be true today as Asian activity is considerably more self-sustained through the presence of stronger consumption (helped by rising incomes), still-easy fiscal positions and particularly new investment cycles which are increasing well-embedded.
This backdrop should support, to some extent, Asian earnings and cash flow streams. This means that the knock-on impact from a slower/markedly reversing rest of the world is unlikely to completely remove the carpet beneath our feet, as has been seen on several occasions since 1998.
Economically, therefore, while it is clearly delusional to propose that complete decoupling is possible, Asia’s ability to withstand external economic adversity is improving, in our view.
About the Author

This article is excerpted from “The Asian Angle: From risk-free to dangerous,” a report by Royal Bank of Scotland and affiliated companies that was published on 8 August 2011. This material has been prepared for information purposes only and is not an offer to buy or sell or a solicitation of an offer to buy or sell any security or instrument or to participate in any particular trading strategy.