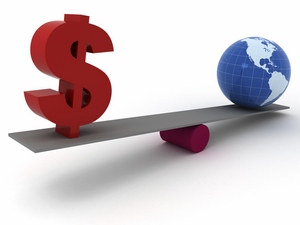 With their considerable reliance on exports, many Southeast Asian countries felt the full blast of the global downturn of 2008/9.  But, as global demand began to rebound at the end of 2009, that reliance on exports, which at the time looked like an economic weakness, has proved to be a strength.

In 2011 GDP growth is expected to increase slightly to 6.0% after a 5.9% growth rate this year, led by domestic private sector demand. Indonesia’s relatively low reliance on external demand means that it should be largely unaffected by a possible slowdown in global growth. > Download here

After a strong rebound in the first half of 2010, the economic slowdown registered in the third quarter of 2010 will continue into 2011. GDP will grow by 4.3% next year, sustained by household consumption and private and government investments, while exports (electronics) will decline.> Download here

The economy rebounded strongly in 2010, with GDP growth of 12% year-on-year in Q1 and 9.1% in Q2, due mainly to booming exports (especially cars and electronics), but also a surge in private investment and consumption. Tourism and domestic demand weren’t as badly affected by the political unrest (the riots in Bangkok in April/May) as had previously been expected.
> Download here

Overall, a 6.4% GDP growth is expected in 2010, based on increased private investment, consumption and non-oil exports. Due to the massive stimulus package, the budget deficit increased to 8.9% of GDP in 2009. > Download here

As a result of the global crisis, Singapore slipped into its worst recession since independence, due to a dramatic decline in transhipment, tourism and the export of electronics. As global demand picked up again and the Asia-Pacific region showed robust growth rates, Singapore’s former weakness became its strength again. The recovery in 2010 has been impressive, with year-on-year growth rates of 16.9% and 19.5% in Q1 and Q2.
> Download here