Networking in the Age of Social Media 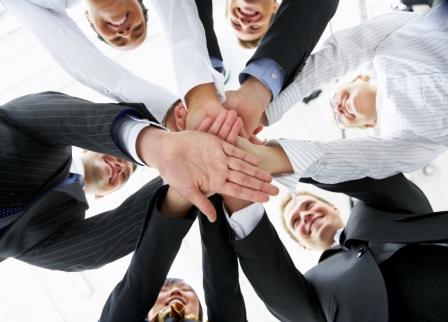 What do you do when a horrendous economy makes it almost impossible to find a job, even if you’re an experienced CFO? For U.S.-based Mark Richards, the answer is to intensify your networking – and to do so in many various ways.

Do you tend to network more closely only with other CFOs?
That’s part of becoming a better CFO. I belong to some finance professional groups and those are great ways for [professional] development and developing your skill set. But I also like to meet people that work with CFOs, presidents and CEOs of companies, or someone who runs the marketing division or something like that, just to understand [what they think] their finance team can do better, or what’s missing [in their relationship with finance].
And those CEOs can also help your career because when they are looking for a CFO, they might think of you.
Right, exactly. My philosophy around looking for work is that I believe that we’re all candidates for a new job. It’s just a question of when. People think about networking when they’re out looking for a job, but the reality is, you ought to network before you need to. The best time to network is before you really need it.
When you go out to network because you’re looking for work, your mental attitude changes. You’re trying to sell yourself into another job and so it changes your approach. You feel like you’re asking for something from someone. And if you’re starting your network from scratch in a job search, it will take you three good months, especially at CFO level, to really get your network up and running. Whereas if you already have a network up and running, at least to some degree, it makes a big difference in getting your job search done.
How important is social media in networking? There’s still a circuit of CFO conferences where CFOs meet everyone else. But it seems to me now with the social media, with the internet, with email, it’s just much easier to be in touch. But at the same time, it’s also difficult because there’s just this flood of information.
To me, social media is just an evolution of the networking toolbox. They are tools in the toolbox. In the end, it still has to get you to a point where you sit across the table from somebody or you get on the phone with them and you have to understand what they want and what you want and then how you two help each other out.
Once you get beyond a hundred people, it’s tough to have a relationship, so you have to obviously choose. But the point is, you’re still trying to develop that relationship to a degree and so if you can use social media or whatever to help you stay active, know what’s going on, that’s great. But sooner or later if you really want to build that relationship, it comes down to one-on-one time.
How much time do you spend in nurturing your networks?
I probably spend an hour a day. You have to decide as a person how much time you want to do on your networking. The key is to make the right selection and to network with a purpose. If you are just networking to network, you’ll lose. It won’t really do much for you. But if you really understand why you want to network, you have a plan, then I think networking works much better.
Read more on
professional development