Metrics: Who's the Biggest Accounting Firm? 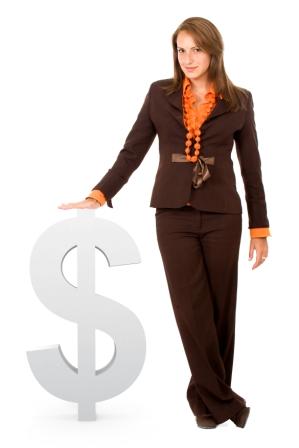 If you want to know the latest goings on at the Big Four firms, a good place to check is The Big Four Blog. A global social networking site for alumni and professionals of the world’s biggest accounting firms, it recently released a study on the financial performance of PricewaterhouseCoopers, Deloitte, Ernst & Young and KPMG.
The results were striking. Despite the ravages of the Great Recession, Big Four revenues fell only 7% to US$93.8 billion last year. And that’s in U.S. dollar terms. “The decrease in local currency terms was at a much lower level, ranging from negative 3% to positive 1%,” says Big Four Blog. The group analysed publicly available financial statements and press releases issued by the four accounting firms, and estimated some numbers and ratios “due to non-availability of adequate information.”
PwC is still the world’s largest accounting firm – but barely. It had revenues of US$26.2 billion. With revenues of US$26.1 billion, Deloitte was narrowly beaten into second place. Ernst & Young had US$23 billion for third place, while KPMG reported revenues of US$20.1 billion. It’s all just bragging rights, of course. The rankings aside, the Big Four remain equally big and solid.
How Asia Performed
Billings from Asia accounted for 15% of total revenues, making it the smallest region in terms of Big Four business. Contrary to popular belief, the U.S. and the rest of the Americas are not the largest market for accountants. Europe, Middle East and Africa accounted for 45% of total revenues to 40% for the Americas.
While still small, Big Four business in the Asia Pacific is growing rapidly. Its share of revenues was only 12% in 2004. “This share gain came at the expense of the Americas region, which correspondingly lost its share of the pie,” Big Four Blog notes.
“The Asia Pacific region has been in an economic boom for most of this decade, and their demand for Big Four firm professional services have multiplied,” it adds. “All the firms have grown at exceedingly high rates each year since 2004, with the result that combined revenues have doubled from US$7 billion in 2004 to US$14 billion in 2009.”
Asia’s performance is astonishing when compared with overall global growth. The combined revenues of the Big Four firms in 2004 reached US$60 billion. Last year’s US$93.8 billion translates into growth of 56% -- still impressive, but pales in comparison with Asia Pacific’s 100% rise. With China reporting 10.7% GDP growth in 2009, demand for Big Four services in Asia is likely to rise sharply in 2010 and beyond.
Hiring and Firing
There was talk last year that the big accounting firms were asking people to go on unpaid voluntary leave and even firing employees. That appears to be overblown, judging by the reported employee numbers. “Despite the reduction in revenues, net employment grew by more than 10,000 professionals from 2008 to 2009, with Deloitte and PwC adding to their workforce,” reports Big Four Blog. But the rate of employment growth dropped sharply to 2%, from more than 10% in 2008.
“Assuming attrition rates had dropped to 10%, new hires in 2009 would be about 70,000 [people], equating to about 275 hires each day,” Big Four Blog notes. “Truly, Big Four firms are huge seekers of talent, with correspondingly very busy recruiters even in a period of deep recession.”

But the promotion of professionals to partner status is slowing. In 2004, the professional-to-partner ratio was only 11. Last year, there were 14 professionals for every partner. “Partners form an elite class within these large partnerships, and only one in about 20 people belongs to this exclusive club,” says Big Four Blog.

And it’s tough not only to make it to partner. Expectations of partner performance have also become more stringent. Revenue per partner in 2004 was US$2.1 million. Last year, the ratio shot up to US$2.8 million.
“In other words, each partner was expected to bring in and manage client revenues of nearly US$3 million in recent years to justify his or her position in the highest levels of the firms,” says Big Four Blog. “Clearly, making partner is only the beginning of a series of demanding client development and professional responsibilities down the road.”
Specialist Areas
Big Four Blog’s analysis is also helpful for career management. Finance professionals hoping to decide which service line to specialise in should know that auditing still accounts for 50% of total revenues at the Big Four firms. “Typically, audit services is a steady business, as publicly traded clients renew auditor services each year with some increase in annual fees,” notes Big Four Blog.
Audit revenues shrank 6% in US dollar terms from 2008 to 2009, a slightly better performance than the 7% fall in revenues from the tax service line and 9% decrease in advisory billings. This demonstrates auditing’s “somewhat anti-recessionary nature,” Big Four Blog concludes.
Still, advisory services, the catch-all category for non-audit and non-tax services, are the Big Four’s fastest growing segment. Advisory’s share of the business grew from 22% of total revenues in 2004 to 28% last year. There are many sub-categories within advisory, so the savvy professional should gauge which field is likely to be in most demand in the coming years. Risk management would seem to be one of the hottest areas.
What are the Big Four’s prospects in 2010? “We will likely see a return back to revenue growth, though it is debatable whether a string of double-digit growth over multiple years will be seen for the next few years,” says Big Four Blog. “The Big Four firms have participated extensively in the explosive growth in the emerging markets, and further it will be harder to grow at high levels from an already huge revenue baseline, now exceeding US$20 billion for each firm.”
It all depends on whether developed and emerging countries are indeed coming out of recession, as recent leading economic indicators and surveys of business optimism suggest. But even if the world slips back or experiences stagnation, the Big Four firms are not likely to be hurt so much, as their results in 2009 show.
About the Author
Cesar Bacani is senior consulting editor at CFO Innovation.
Read more on
tax issues Big Four accounting firms