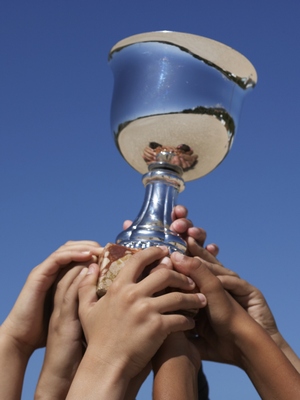 Our friends over at Big4.com has just released their annual report on the performance of the world’s Big Four accounting firms – Deloitte, Ernst & Young, KPMG and PricewaterhouseCoopers – and it makes for very interesting reading.

First off, for those into sizing, the planet has a new champion. It’s Deloitte, which was in second place in revenues in 2009. This time around, the UK firm nabbed the top spot with billings of US$26.578 billion. PwC, the biggest accounting firm in 2009, came in second with US$26.569 billion.
As in 2009, though, the difference between Deloitte and PwC was paper thin – just US$9 million. The positions can well be reversed again this year, if PwC manages to grow revenues faster than its rival. Deloitte’s sales expanded by 1.9% in 2010, compared with PwC’s 1.5% growth.
The gap between the top two and Ernst & Young and KPMG is much larger. Third-ranked E&Y reported revenues of US$21.2 billion (2009: US$21.4 billion, for third place as well), more than US$5 billion behind PwC. Bringing up the rear is KPMG with US$20.7 billion (2009: US$20.1 billion).
However, at nearly 3%, KPMG grew the top line much faster than the other three firms. Its expansion was certainly faster than Ernst & Young, whose revenues contracted by 0.9%.
A disclaimer is in order. KPMG’s financial year ends on September 30 while E&Y’s ends three months earlier, on June 30. “In 2010, this small difference in fiscal year-ends resulted in relatively higher impact for KPMG, which enjoyed three to five additional months of better economic conditions,” explains the report. It is possible that the difference between KPMG and E&Y may be larger if their fiscal year had ended on the same month.
Future of E&Y
Going forward, the question for Ernst & Young is the impact, if any, of the lawsuits that have been brought against it in connection with the bankruptcy of Lehman Brothers in 2008. The world’s No. 3 accounting firm is facing three suits in the U.S., the latest being a December 21 complaint by the New York State Attorney General for alleged accounting fraud.
In the UK, the Accountancy and Actuarial Discipline Board opened an investigation in October last year on Ernst & Young’s conduct in relation to the preparation of a report to the Financial Services Authority “in respect of Lehman Brothers International (Europe)’s compliance with the FSA’s Client Asset Rules for the year ended 30th November 2007.”
Will E&Y take a hit to its reputation and lose business because of its legal and regulatory problems? It’s difficult to tell, at this point. While it is the only one of the Big Four that saw revenues decrease in both local-currency and dollar terms from fiscal year 2009 to 2010 (US$21.4 billion vs. US$21.2 billion), Ernst & Young reported a 5.3% rise in revenues in January to June 2010 over the same period in 2009.
According to the Big4.com analysis, E&Y billings were up 13.3% for advisory services and 9.4% for transaction advisory services, “due to improved business confidence and an increase in corporate activity.” Revenues from assurance increased modestly “due to continued pricing pressure but more than offset by an increase in audit market share and an increase in work from existing clients.”
It will be interesting to see this time next year how Ernst & Young had performed in 2011. The atmospherics of the Lehman scandal and the need to defend itself can prove to be a distraction to the firm. There can also be monetary consequences, depending on the actual outcome of the legal cases and regulatory inquiry.

The ranking and bragging rights aside, the combined 2009 Big Four results show that the accounting sector has hauled itself out of the doldrums and can now possibly roar through 2011 with all engines going. The extension of tax cuts and improving unemployment numbers in the U.S. and Japanese and Chinese funding support for bailouts in Europe are positive drivers for stronger global GDP growth – and thus intensified corporate activity that require the services of accounting firms.
“The outlook for 2011 and beyond is quite optimistic,” Big4.com concludes. “Revenue is expected to grow at a steady pace, with help from emerging markets and Advisory services.”
About the Author
Cesar Bacani is Editor-in-Chief of CFO Innovation.
Read more on
Big Four accounting firms