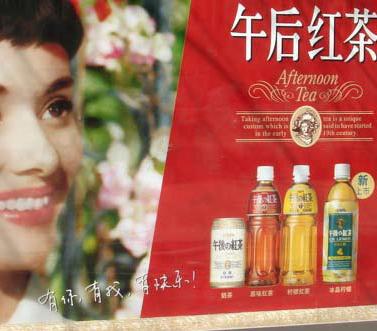 Asia’s emerging economies are leading the world out of recession, and the region’s consumers are taking the baton from their overextended counterparts in developed countries. Are the largest global consumer enterprises ready for this momentous shift?

McKinsey’s experience suggests that even the most sophisticated multinationals must change significantly to realize Asia’s growth potential. The region is as diverse as it is vast. Its markets come in a bewildering assortment of sizes and development stages, and its customers hail from a multitude of ethnic and cultural backgrounds. Their tastes and preferences evolve constantly. The speed and scale of change in Asian consumer markets can surprise even experienced executives.
To meet the challenge, global companies will have to organize themselves regionally to coordinate strategy and use resources in the most efficient way while at the same time targeting the tastes of consumers on a very local level.
In Asia’s high-growth markets, these companies face intense competition from low-cost local players; customers with modest incomes, disparate preferences, and minimal brand loyalties; and fragmented distribution channels. Some of the problems will recede as the region’s economies mature. For now, though, the savviest players are trading their old management practices—including largely independent country operations and centralized administrative structures—for leaner, faster, more flexible, and regionally collaborative ones.
They are strengthening their in-country operations while creating small, fast, and entrepreneurial regional leadership teams, which at their most successful adeptly allocate resources across markets, leverage scarce executive talent, drive innovations from one market to another, and relentlessly cut costs.
Four general principles sum up the changes needed to reach Asia’s new consumers through a strategy that’s both regional and local. Global companies must revamp their corporate structures so that operations in Asia enjoy a high status commensurate with its long-term profit potential and have the autonomy needed for significant results. They have to focus on growth opportunities in urban clusters. Their products and prices must be tailored to local preferences. Finally, they must learn how to market, sell, and distribute products through a variety of channels and retail formats.
Go where the growth is
Asia won’t replace the United States as the lead engine of global growth—at least not for five to ten years. At the end of 2008, the GDP of the whole of Asia was just under $14 trillion, roughly the same as the GDP of the United States alone. Private consumption accounted for only about half of Asia’s GDP, compared with 72 percent in the United States. Asia’s three billion people spent less than $7 trillion; America’s 300 million, upward of $10 trillion.
If Asia fails to stoke internal consumption, the region may grow more slowly over the next decade than it did in the last. Yet some observers think private consumption in the region’s emerging economies could grow enough, as early as this year, to offset falling consumption in the United States and the European Union. Even under dour assumptions about the prospects for Asian economies, the region is likely to contribute more than half of all growth in global consumption by 2020.
Such macroeconomic perspectives understate Asia’s significance for individual companies. In dozens of product categories, the Asian consumer is already global king. China is the world’s biggest market for many household products, including TVs, refrigerators, and air conditioners. This year, for the first time ever, China will probably top the United States and Japan as the world’s largest automobile market by number of vehicles sold. China’s rank may slip back again as sales in those two advanced economies recover.

Even so, with China’s car ownership at fewer than 14 vehicles per thousand citizens, compared with more than 400 per thousand in the United States, the long-term trend is clear. For manufacturers such as GM and Volkswagen, which made big bets in China early, booming sales there help offset home market losses. Later arrivals like Ford and the big Japanese carmakers are scrambling to catch up.

No company illustrates Asia’s potential better than Yum! Brands, the proprietor of KFC and Pizza Hut. KFC opened its first restaurant on China’s mainland in 1987, now operates 2,497 in the country (compared with 5,253 in the United States), and counts on it for nearly 30 percent of global revenue. Yum!’s total sales there, which soared 31 percent last year, helped the company shrug off the US recession.
CEO David Novak, who tells investors that Yum!’s business in China is merely “in the first inning of a nine-inning ball game,” vows the company will eventually have more than 20,000 restaurants in the country. He says KFC in China “can be every bit as big as McDonald’s in the US.”
But for many global companies with operations in China, a new phase is about to begin. The past decade was a time of market entry and gradual increase in scale. In the coming decade, overseas players will push for market leadership. India’s consumer market lags behind China’s by five to ten years, but similar stories of booming growth are unfolding there. Already, India is the world’s fastest-growing mobile-phone market, adding more than ten million new subscribers a month.
Its top consumer companies, including Hindustan Unilever, Nestlé India, Godrej Consumer Products, and Colgate Palmolive, have posted cumulative annual growth rates of 14 to 19 percent over the past five years while sales at the country’s leading retailer, Pantaloon Retail, soared by 68 percent. Throughout Asia, products and market segments are growing explosively, in sudden waves of 70 to 100 percent expansion that could run for years. Global businesses that can’t ride those waves may drown in them.
Change the game
Asia’s emerging markets are a hypercompetitive free-for-all. Local rivals offer products with incremental innovations in ever-shorter product cycles—typically, at prices global companies find hard to match. Consumers don’t know established global brands and show little loyalty to the brands they do know. Marketing strategies are complicated by the uneven development of Asia’s telecom networks. The predominance of small, family-owned retail outlets thwarts efforts to control the distribution and display of products. For global consumer giants, fidelity to methods that work back home can be futile.
Leverage innovation and talent through regional teams
One key to success is rethinking organizational models. Many global companies try to use an international division run from the global home office to supervise their operations in Asia. Companies with large operations there may well have a regional headquarters, but often it oversees an assortment of country-specific fiefdoms that don’t collaborate and sometimes operate in their own languages, frustrating communication. For Asia, that’s often the worst model, leaving C-level executives at headquarters two layers from the most important growth markets, oblivious to the speed of change and the scale of the opportunity.
So global consumer companies are experimenting with alternative management practices and organizational models to ensure that Asian operations get the capital, talent, and C-level attention they need to compete. Some companies organize Asian operations as independent business units, with their own capital budgets, partnerships, and P&Ls. Yum! Brands, for instance, has three divisions: the United States, China, and elsewhere. In 2008, after years of running retail operations in China and Japan separately, Wal-Mart Stores established an Asia office in Hong Kong to spread best practices across the region.
Often, successful Asian organizational models involve teams of senior executives with diverse cultural and market experiences, who work together to improve performance throughout the region. These regional teams set priorities, as well as mobilize expertise and resources to achieve scale advantages that can’t be realized at the level of any single Asian market. They plan strategically; drive supply chain and cost-cutting initiatives; oversee recruitment, product development, and strategic alliances; and make crucial decisions about distribution channels, formats, and categories.
Collaboration and a sense of entrepreneurial pace characterize these regional teams. Top executives and specialists hop around markets, encouraging product designers in China, for example, to learn from innovations in Japan or a supply chain leader in India or to investigate techniques that simplified operations and lowered costs in Malaysia. According to many executives, getting managers throughout the region to speak a common language is essential for spreading such best practices.

Think cities, not regions or countries

Learn to market and sell across a variety of channels

Penetration rates for traditional and online media are lower in developing Asia than in developed markets, so efforts to influence purchase decisions are more complex. Consumer companies must be adept at shaping the consumers’ view of brands across a number of channels and through a variety of media—not only TV, radio, print, and the Internet, but also events, outdoor ads, mobile messaging, in-store promotions, and educational campaigns. Managing this shift to multichannel retailing and sales calls for new approaches to marketing and brand building.
Modern retail chains account for only about a third of all consumer goods sales in China and for less than a fifth in India; small, family-run shops are much more important. In all formats, consumer product companies must somehow influence access to shelf space and display, since point-of-sale factors have an ever greater impact on purchase decisions. For now, key-account management is less important in Asia than it is in developed markets. Many global companies get things wrong because they attempt to rely on the sales teams of third-party distributors and the key-account-management routines that worked at home or in the past.
Adapting quickly to capture growth from direct-to-consumer channels will also probably become more important in Asia, as it already is elsewhere. In some urban clusters, for categories such as consumer electronics and apparel, online sales growth is beginning to overtake traditional channels. In Japan, sales in direct channels have exceeded those in department stores so far this year.
Sales at TaoBao, China’s largest online retailer, have soared to more than $14 billion annually since it was launched, in 2003. Lancôme reports that its partnership with Baidu, China’s largest search engine, helped lift online sales in China by 30 percent. And AmWay has become one of China’s largest consumer packaged-goods companies by selling its products door-to-door through a network of 300,000 sales representatives.
* * *  *
As Asia’s economies evolve and mature, today’s frenetic, hypercompetitive, fragmented marketplace will inevitably give way to a more settled one, with fewer players enjoying larger market shares and better margins. The penetration of modern retail formats will increase. But the journey will be long and filled with twists and turns.
As the winners learn to make decisions quickly to meet the demand for speed, scale, localization, and low costs, they will test and adopt new and more entrepreneurial management practices. These companies will probably share four characteristics. Their fast, adaptive business models will leverage scale and innovation throughout Asia, and regional organizational structures and operating practices will reflect this shift.
But resources will be focused locally, on the development of category, format, and brand strategies targeting the explosive growth opportunities of sharply defined urban clusters, not countries. Products tailored and priced to meet cluster-level tastes and needs will be supported by faster, lower-cost supply chains. Finally, brand marketing skills will be used to market and sell across a variety of channels. For global consumer businesses, the struggle for Asia has now been joined—cluster by cluster, city by city.
About the Author
Todd Guild is a director in McKinsey’s Tokyo office. The author wishes to acknowledge the contributions of Yuval Atsmon, Tiffany Lee, Jennifer Li, Evelyn Lu, Max Magni, Ireena Vittal, and Ming Zhang to this article, which was originally published in McKinsey Quarterly, www.mckinseyquarterly.com. Copyright (c) 2009 McKinsey & Company. All rights reserved. Reprinted by permission.