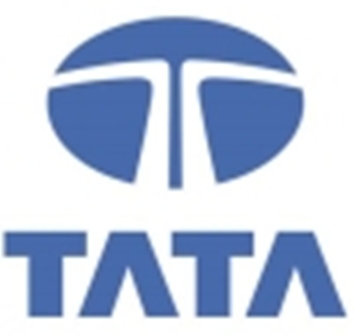 For organisations, the foremost issue is to plug gaps in talent management – to attract and develop the best, keep them productive, and then hang onto them for as long as possible.

This is something that Asian organisations can stand to do better, said Satish Pradhan, who is Group Human Resources Chief at India’s Tata Sons, the holding company of the Tata Group. He noted that greater demands have been placed on human resources management in Asia; and the pressure will only grow as more and more Asian organisations rise to global prominence – Tata included.
Pradhan was speaking at a recent seminar organised by Singapore Management University’s Lee Kong Chian School of Business, Wee Kim Wee Centre and Office of Career Services.
Starting out as a cotton trader in 1868, Tata is now India’s largest and most diversified conglomerate. Within its domestic base, Tata’s business spans across a multitude of industries, including information technology services, engineering, power, property development, hotels, travel, consumer products, and just about anything that might touch the everyday lives of India’s millions.
In recent years, Tata made the world sit up and take notice as it acquired foreign rivals in strategic industries such as chemicals and steel. The list includes Anglo-Dutch steel group Corus, America’s General Chemical and Singapore’s NatSteel. Tata also assumed ownership of several iconic brands in the motor industry, namely, Jaguar and Land Rover. But perhaps it was the 2008 unveiling of the Tata Nano – a four-seat passenger car with a sticker price about US$2,000 – that put Tata on the world map.
For the financial year 2008-2009, the company reported turnover of more than US$70 billion. Of its more than 360,000 employees worldwide, more than 70 per cent are white-collar professionals; and of this number, more than half are engineers. Pradhan literally has hundreds of thousands of talents to develop, manage, and retain, whilst attracting and bringing aboard new blood to keep the organisation alive and growing.
Incredible India
Most companies have, by now, come to appreciate that India is as much a source of talent as it is a vast market opportunity. From its population of just slightly more than a billion, more than 2.5 million graduates join the workforce every year – including some 300,000 engineers. They are the products of the country’s 380 universities, 11,200 colleges and 1,500 research institutes.
Indians constitute the world’s largest English-speaking workforce, and the second largest pool of scientists and engineers. Many multinational corporations are equally attracted by another attribute: the affordability of this talent pool relative to the Western markets.
The attraction to India’s market potential, coupled with a high-quality but low-cost workforce is unmistakable; and multinationals are setting up shop in droves. “The largest organisations operate in India, giving the Indian workforce a global perspective,” said Pradhan. At the same time, local incumbents are experiencing greater competition from new entrants.
Beyond sheer numbers, Pradhan believes that the Indian labour market’s low-cost advantage will change as demand continues to grow. At the middle management level, labour is affordable “for the quality you get,” he said. But at senior or top management level, he foresees intensifying global demand as more companies ‘wise up’ to the quality of India’s talents.
Tata should know. In 2009, it recruited close to 35,000 people from within its home base, many of whom had MBA-level qualifications.
Great Expectations
Induction, at many companies, often involves throwing new hires into the deep end of the pool – a ‘swim or sink’ approach that people like to term ‘on-the-job training’. At Tata, induction happens before new employees are put to work.
Freshly-minted engineers, for example, attend programmes that last between 6-12 weeks, so as to “enhance their quality,” including “acculturisation,” before they get deployed worldwide, said Pradhan.
Pradhan pays extra attention to talent retention, too. To this end, he makes it a point to understand employees’ wants – not just in India, but wherever Tata operates. On top of that, the human resources department also identifies key pull-factors for each employee type, based on their age, seniority, job function and location.
To illustrate, Pradhan presented some data that showed how priorities differ for Tata’s employees from country to country (see table). He noted, however, that some characteristics, such as manager quality and leadership, were found to be universally important.

As people’s skills sets, age and expectations change over time, companies need to revisit and revise their policies so that employees’ changing needs are addressed effectively.
A younger person may crave global experiences and welcome an overseas stint in a fast-moving setup; an experienced worker may prefer the stability of a home-based position, where his depth of knowledge can be better leveraged.
As members of Generation Y (loosely defined as those born between 1978 and 2000) join the workforce, human resource policies – and management – must evolve and adapt to the change, said Pradhan. This is a generation that is used to instant gratification.
They are fully aware that there are abundant opportunities open to them everywhere; they learn quickly, and demonstrate lateral talent and creativity for things that align with their interest.
Generation Y members are usually impatient and tend to display scant respect for seniority, he added. But they also bring new perspectives to the workplace with their sometimes-contradictory ideas and innovations.
What Companies Can Do
At the crux of successful talent management is a fine balancing act that hinges on the meeting of minds between employers and employees. To create sustainable growth and to be valued as an attractive employer, Pradhan said that employers should consider the following:

The rapidly changing business environment also means that some traditional human resource approaches, like the “up or out” policy, should be the subject of a re-think.

Pradhan advocates, for instance, greater attention to the employee’s values and interests. For instance, if someone is passionate about going “green.” the company could try to assign him or her to a project related to environmentalism or one that seeks to fulfil certain environmental standards.
Capability building is important too, and the company should help the employee to visualise his or her expanding role and career growth. How will he or she develop individually and professionally following an overseas posting, for example?
Today’s employee will also question if the compensation and benefits package constitutes “fair value,” and if his or her time at the company for the next couple of years might add value to his future employability.
“What’s new in today’s market, and what human resource departments need to be aware of, is how visible the job is, within and outside the organisation,” Pradhan noted.
Corporate Social Responsibility
At the same time, however, today’s employees are also motivated to do good for the community and the larger world. Some 66% of Tata Sons equity is held by philanthropic trusts endowed by members of the Tata family, “putting teeth to claims” of a strong commitment to CSR).
“We need to do something for the people whose lives we touch,” said Pradha. Reinforcing the contention that Tata is not a “slave to Wall Street” – concerned only about the bottom line – he added that the company runs CSR programmes that are “socially relevant” in the places where they are located.
Organisations that are far-sighted, flexible and have a strong brand will be better equipped to attract and keep good talents. This sort of thinking and approach has worked very well at Tata, he said.
About the Author
[email protected] is an online resource that offers regularly updated business insights, information and research from a variety of sources, including interviews with industry leaders and Singapore Management University faculty. The resource can be accessed at http://knowledge.smu.edu.sg.This article was re-edited for clarity and conciseness.
Read more on
human capital management