Managing Risk: Are You Ready for the Black Swans of 2013? 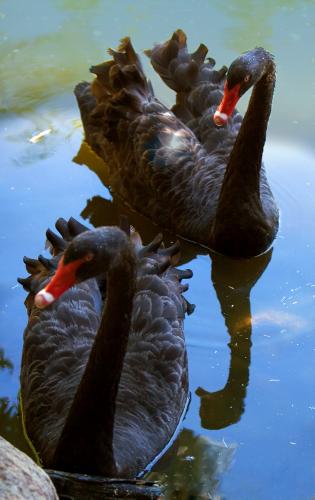 Source: Accenture
Action planning
In Scenario-Based EPM, the key is to have pre-defined action plans ready for each scenario. The organization can then act immediately to implement such an action plan if it is clear that a particular scenario is unfolding.
Scenario changes can require changes in pricing, promotion, production, scheduling, inventory management and other operational components. Clearly, companies that have established scenario triggers and associated thresholds are in a much better position to maximize the benefits from early detection of scenario changes and execution of their pre-determined action plans.
One of the exemplars of this capability is the global shipping company UPS, which used scenario planning to understand the impact of an avian flu outbreak. A team of 20 employees explored scenarios that might unfold and how they would affect UPS and the general population. As a result of this initiative, UPS developed an in-depth contingency plan that could help respond to a severe pandemic.
Implementation
To realize the benefits of Scenario-Based EPM, companies need to put the right process, people and technology in place.
Process. Before embarking on the journey towards Scenario-Based EPM, companies need to ensure that their current EPM processes are nimble and flexible. The key pre-requisites include:
People. A change in mindsets is needed, requiring leadership commitment in three key areas:
Getting the right people working on building this capability is a crucial factor for success. The people selected should be aware of the external environment, thoroughly trained, and should understand the current operating model. They should bring cross-functional expertise together with a combination of analytic and creative minds, as well as excellent communication and facilitation skills. Such people should be able to tolerate a relatively high degree of ambiguity and uncertainty, and be empowered to make decisions based on such uncertainty.
Technology. According to Accenture research, only 40% of firms that use spreadsheets as their main planning tool perform ‘what if’ analyses, compared with about 85% of firms that use a more advanced technology platform and report a high degree of satisfaction with their planning tool.
The impact of technology is also pronounced in companies’ ability to build ad hoc scenarios in response to material “unthinkable” events. Only 35% of companies that use spreadsheets as their main planning tool are able to build such scenarios, as opposed to almost 70% of those with more advanced planning tools.
There has been a rapid evolution in technology capabilities over the last few years that is making scenario planning easier. Cloud computing offers the promise of providing access to advanced collaborative and analytic technologies at a price point that allows small and mid-sized organizations to effectively implement Scenario-Based EPM.
About the Authors