Your Strategy in 2015 and Beyond: ASEAN and India Should Be Top of Mind 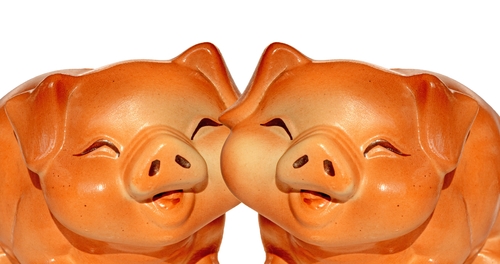 The International Monetary Fund released its latest forecasts on 7 October, stating that growth in the United States and the Eurozone is likely to be 3.3% and 1.3%, respectively, in 2015 – highlighting the continuation of considerable global risks. Clearly, the quest continues for alternatives to get global growth back on track.

Asia, however, continues to power ahead – the World Bank has also just issued data suggesting that East Asia will show growth rates averaging 6.9% this year and next year. That’s slightly lower than the 7.2% registered in 2013, mainly because of the economic slowdown in China, but still far stronger than GDP growth elsewhere.

China’s days of 10% growth are now long behind it, and export-driven manufacturers need to look at alternative locations as costs in the PRC increase

The region, however, remains a mosaic of divergent development rates and dynamics. Just because growth is high doesn’t mean a destination is necessarily manufacturing investment-grade.

It is easy to show high growth rates when starting from a very low base, and countries such as Myanmar spring to mind in this regard. Yes, it is nice and alluring and the United States wishes to promote democracy there, but in reality little infrastructure is in place and no noteworthy investment has been injected into the country since the end of World War II.

Even Mongolia possesses better quality infrastructure than Myanmar, whose actual growth rates for 2014 are expected to be 8.5%. That may appear healthy, but much remains to be done in countries such as these. They remain the preserve of big -ticket investors – which will put in the infrastructure themselves – but are not yet ready for middle market investors.

Myanmar is at least a decade away from becoming investment-grade in terms of foreign manufacturing or service companies, something that is true of some other Asian nations. For this reason I have left them out of this article and concentrate only on the significant players that offer a high degree of business and operational certainty.

The trick then when assessing growth rates and what they actually represent for a global manufacturer/sourcing company or service entity is to look for those countries where the infrastructure and regulatory climates are complementary, and with a growth rate strong enough to justify an acceptable amount of operational risk.

It is a given that in all countries there are significant regional variations, but as a rule of thumb, these are my picks as investment-grade destinations for 2015 as concerns the global sourcing, manufacturing and service industries, together with my comments on each.

The World Bank forecasts China’s growth next year easing slightly to 7.2%. I’m more pessimistic. I never believed much of the China figures in any event, and there remain significant financial issues within banks and many SOEs (state-owned enterprises).

Still, no executive is ever going to get fired for suggesting China as an investment destination, and it ranks highly on infrastructure and labor reliability, although the latter is becoming expensive. The emergence of a mass consumer market too remains alluring. This means that China is changing from being a producer to a consumer.

Yet problems remain that could surface during 2015, many of them political and related to foreign affairs. Too many border disputes, together with the potential for trouble in North Korea, provide uncertainties. China’s days of 10% growth are now long behind it, and export-driven manufacturers need to look at alternative locations as costs in the PRC increase.

India is almost the exact opposite of where China is currently at – low labor costs are alluring, yet infrastructure needs improvement. This has been given a boost, however, by China’s own commitment to India. The Chinese promise to invest US20 billion in infrastructure just to get cheap Indian products to the mass Chinese market.

If ever a signal appeared that stated China has passed on the global workshop baton to India, this is it.

A reform-minded, business-friendly Indian government, with a mandate to provide real change, will lead to a resurgent India, which can be expected to overtake China’s growth rate next year.

Infrastructure needs looking at and Indian labor can be disorganized, yet the demographic dividend of cheap labor (20% the cost of China) and a young workforce now put India in the same sweet spot that China was in 15 years ago. India is now a serious player able to offer the consistency needed to move foreign investment.

Indonesia is going through a period of transition at present, and its economy is still heavily linked to mining. Infrastructure in cities such as Jakarta (one of the few Asian capitals not to have a subway) remains problematic.

If the country’s reliance on mining is weakened, however, Indonesia, again with a young and inexpensive workforce, offers an alternative manufacturing base to China, and especially so in cities such as Surabaya. (Expats hunting for new locations take note: Surabaya may be a relatively dull manufacturing hub, but it is just across the sea from Bali).

Political transitions aside (new President Joko Widodo was sworn in on 20 October), Indonesia will continue to grow and develop. Although 2015 will not be a banner year, for many foreign investors – and especially those looking at servicing Australasia – the country should be on the radar for assessment.

Malaysia has shown remarkable resilience over the past few years. Its commitment to developing its infrastructure has generally been excellent, as anyone who arrives at Kuala Lumpur airport will attest.

The development of numerous new Free Trade and Export Processing Zones coupled with reasonable wage levels and political security make Malaysia one of the Asian tigers.

Malaysia is definitely a destination to consider when looking at export-driven manufacturing for the China and Asian markets and beyond – especially considering that, via its membership in ASEAN, it has free trade agreements in place with both China and India.

The media headlines this year have all been about the disputes the Philippines has with China over offshore oil and tiny islands. Meanwhile, the Philippine economy is booming. Manila and Makati are going through significant redevelopment, and foreign investment, lured by low wages, relatively good local infrastructure and a well-educated, largely English-speaking pool of graduates and professionals, has made the country the place to be for light manufacturing and the service industries.

Singapore is an example of a major economy with a wide financial base, and produces lower growth rates as a result of this. Yet growth can be expected to improve upon 2014 levels, especially once compliance with the ASEAN Economic Community (AEC) protocols come into effect for many ASEAN members at the end of 2015.

This, coupled with the current political unrest in Hong Kong, is cementing Singapore’s position as Asia’s true financial hub and the gateway between Southeast Asia, China and India.

Simply put, if you have operations in Asia, sooner or later you will need to have an administrative center based in Singapore – not least for treasury functions and managing finances among multiple Asian locations.

Thailand’s military coup stymied much of expected growth in 2014, but this in turn led to a reduction in the intense political infighting that was threatening to envelop the country. Not long ago there was talk of civil war, opposing politicians having mismanaged the country so much.

Thailand enjoys good infrastructure, and a reliable workforce, as well as all the institutional benefits of ASEAN membership. Yet with an ailing King, the future of the monarchy is in doubt, and the military will be keeping a tight rein on the country until the situation is resolved.

The fundamentals are all there, but the domestic political situation for now remains uncertain. There will be some recovery, but for now Thailand is best left to those familiar with its vagaries.

Vietnam can be expected to be a favorite of 2015, as it is poised to complete AEC integration in December 2015 and embrace the full range of tariff reductions that ASEAN nations have negotiated with China. Over 90% of all Vietnamese-manufactured goods will see tariffs drop to zero when exported to China.

In addition, the Vietnamese government is expected to reduce the corporate income tax rate to 20% – fully five percentage points lower than the PRC. These are signs that Vietnam is positioning itself as a serious competitor to China for light manufacturing – such products could then be exported to China for sale to the massive consumer market there.

Global manufacturers will be moving into Vietnam next year to be operational and ready by that December deadline.

In summary, China now can be simplified into one play: it’s all about its domestic market. Export-driven manufacturing and to some extent services, and especially sourcing, will need to relocate or establish additional presence elsewhere beyond China as the global supply chain shifts.

Next year, India and Vietnam can be expected to take up the bulk of this repositioning. East Java in Indonesia and Manila in the Philippines will not be too far behind. Singapore will start to flex its muscles as the Asian headquarters of choice – it has RMB clearing facilities and an internationally traded currency, as well as FTA and currency swap agreements in place with all other nations in the region.

Changes in the supply chain will become more apparent in 2015 as China matures and India becomes more viable. For growth opportunities, Asia beckons – but the need to know where to invest and why remains a key issue. Asian integration is fast approaching and pan-Asian knowledge is therefore a prerequisite to making the right choices for getting in on the epicenter of global economic growth.

Chris Devonshire-Ellis is the founding partner and principal of Dezan Shira & Associates, a specialist foreign direct investment practice that provides advisory services to multinationals investing in emerging Asia. This article was first published in Asia Briefing and was re-edited for clarity and conciseness. For further details or to contact the firm, please visit www.dezshira.com.