Is Indian Rupee on the Path to Free Fall? 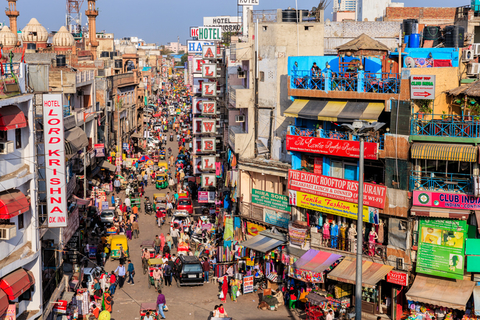 The Indian Rupee hit its new low, breaching the 74-mark against the US dollar on Friday after the central bank refused to hike interest rates.

The currency recovered slightly later in the day and is at 73.93 against the US dollar on Monday.

Despite expectations of actions to save the currency, the Reserve Bank of India refused to hike rates for the third time this year.

One of the world’s worst performing currencies, the Indian rupee has already fallen around 15% against the US dollar this year.

To reduce money outflow, the India government has made it easier for foreign investors to buy rupee bonds issued by Indian firms and increased duties on imported goods such as washing machines and diamond.

While India is now the world’s third largest economy and had a GDP growth of 8.2% in the most recent quarter, it’s now facing not only the challenge of its falling currency but also that of rising oil prices because it’s one of the largest importer globally.

“By keeping the policy on hold, it seems the central bank of India has dumped the rupee, which leaves the ball in the government’s court for more substantial currency stabilization measures,” said Prakash Sakpal, economist, Asia at ING.

ING has revised its year-end USD/INR forecast to 75.0 from 73.5, based on the view that even if the central bank tightened by a 50bp rate hike, it wouldn't be enough to support Asia’s most stressed currency.

“We now feel that wasn’t enough of a push and are now looking to downgrade further,” said Sakpal. “Meanwhile, we continue to expect an RBI rate hike at the December policy meeting.  “

More troubles might be on the way for India which could face sanctions from US over a US$5 billion missile deal it signed with Russian President Vladimir Putin in New Delhi on Friday.