What could CFOs Leave behind once their Tenures End? 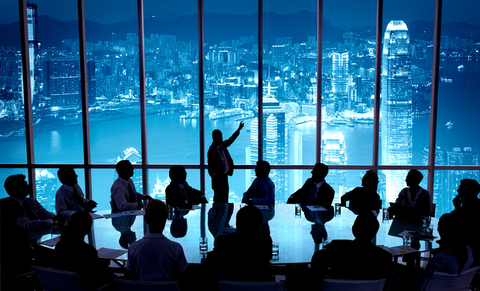 In the finale of the megahit play Hamilton, the cast poignantly asks, “Who lives, who dies, who tells your story?”.[1] For the musical’s protagonist, however, a lifelong obsession with his legacy did not guarantee that his story would outlive him. Instead, his wife, Eliza, spent the rest of her life securing Alexander Hamilton’s place in history as a founding father.

Unlike Hamilton, CFOs typically do not fixate on their legacies (or at least not the CFOs we talked to), nor do they secure surrogates to keep their legends alive. But they sure do think about what they want to leave behind—for their companies, their teams, and themselves. And judging by the responses to a recent CFO Signals question, CFOs overall want to leave behind organizations and functions that are world class and positioned to perform even better after they are gone.[2]

Like Hamilton, though, circumstances beyond their control may affect CFOs’ legacies. Think failed acquisitions, product derailments, or cyber breaches, to name a few.

The idea of legacy may become clearer as CFOs eye retirement (see “Chapter II: Preparing for life after being CFO,” CFO Insights, October 2018). But even if they are not aware of it, CFOs are always adding to their legacies.

And in our CFO Transition Lab sessions, asking about a finance chief’s “hopes, fears, and legacy” is a critical component of the one-day initiative that has now been delivered to more than 1,600 newly appointed CFOs globally.

What typically is top of mind for transitioning CFOs is what they will hand down to the companies they served.

And in that regard, CFOs often cite having a positive impact on performance during their tenures and exercising a strong influence on the company’s future success. Some of the consistent responses, captured in the CFO Signals survey, were that finance chiefs wanted to “leave the company in a better position financially and operationally” and “set the company on a path for continuous improvement and growth.”

For example, one CFO wrote that he hoped to leave the “balance sheet improved, legacy pensions funded, deferred taxes managed, and debt managed.” A second CFO cited “consistent top quartile returns and profitability” as his legacy, and a third went so far as to aspire to be the “best US-listed company in sector” after having “doubled sales and tripled earnings per share and delivered a compounded annual growth rate of 15%.”

What cannot be overlooked, however, is how the legacies of the CEO and the CFO are intertwined. In the CFO Transition Lab sessions, we regularly ask participants to hypothesize what their CEOs want as legacies.

Given that the CFO’s role is to help the CEO achieve that aim, making sure those goals are aligned is a foundational task for a transitioning finance chief, and achieving those goals should become a part of day-to-day strategy going forward.

Invariably, finance chiefs see talent and talent development as critical components of their legacies. Many CFOs surveyed said they want to leave behind a finance organization that is regarded as best in class—known for very strong talent and as a very strong partner to the business.

Specific survey answers included having “finance seen as a competitive advantage for the company” and “developing a high-functioning and collaborative finance team that adds value to the total company.”

CFOs also say they want their teams to be known for providing valuable insight and efficiency.

Driving that goal, of course, is the technological transformation reshaping finance and resetting expectations. In the Q3 2018 CFO Signals report, for example, 63% of CFOs projected that in three years the finance workforce will likely shift the majority of its time allocation toward analysis, prediction, and decision support.[3]

As finance moves through this technological transition, CFOs seem well aware of the very real gap between the workforce they currently employ and the one they will need (see “Bridging the gap between the finance team you have—and the one you need,” CFO Insights, January 2018).

In their responses, CFOs noted that it would be a challenge to “transition to new technologies effectively.” Common goals seem to be the desire to build a finance department that is “known as a value-added analytical partner to the business” and one that “provides expert support for managerial decision-making.”

To the extent they deliver, CFOs may be recognized not only as nurturers of talent, but also as exporters—training employees in a future-oriented mindset and stationing them throughout the business.

What's your own legacy?

Finally, when it comes to the legacies they want to leave, CFOs also have personal aspirations. It is not unusual in our CFO Transition Lab sessions, for example, for CFOs to say they want to be remembered as good parents or loving spouses.

To achieve those goals, many commit themselves to taking regular vacations or getting home from work in time for family dinners. On the professional side, their goals typically fall into three buckets that seem linked to their goals for their companies and their teams:

Leave the company better than they found it. Reflecting their goals for the company, an overwhelming proportion of CFOs want to make sure they leave the function better positioned to contribute to the organization’s success. Specific responses include wanting to be “known for helping the company win” and “a driver of value across the organization.”

Be known as a strong leader. From a professional perspective, many say they want to be known as strong leaders who drove company performance and built top-flight finance functions. As one CFO wrote, he wanted to be “considered a true leader, admired and respected by colleagues.” Another sought to be “regarded as an authentic leader who advanced the company and the people in it.”

Doing the right thing. Whether their tenure is deemed successful or not, CFOs say they want to be known for acting with integrity in their dealings with the company and the people within their function. As one finance chief put it, he wanted to be “known for ethical behavior, without fear or favor,” and another simply wanted to “be a role model.”

How to tell your own story?

The challenge of leaving a legacy can be overwhelming across all three areas—company, finance team, and personal legacies. One way to achieve clarity on this issue is to think in terms of a five-year plan. Given that CFOs' tenures are typically short (i.e., an average of 5.1 years, according to Korn Ferry[5]), it makes sense to commit to what needs to get done—and can get done—in that time frame.

Another way to lay the foundation for a legacy is to prioritize your goals. CFOs are often remembered for achieving ambitious, dramatic goals, such as digital transformation, talent transformation, or business model transformation. So, if you want to leave a lasting legacy, narrow your goals down to what will move the needle.

Finally, in addition to setting priorities and a time frame, remember to ask: How does my CEO want to be remembered? In the end, a CFO’s goals are inextricably tied to the CEO’s goals—and if the CEO’s goals change, the CFO’s may need to be adjusted.

Of course, whether all these efforts result in the desired legacy once a CFO moves on is an open question. In the end, it is out of your hands. All you can do is be honest with yourself and—to borrow another line from the Hamilton finale— periodically ask: “And when my time is up, have I done enough?”[6]