What can Firms Learn from Winners during the Past Downturn? 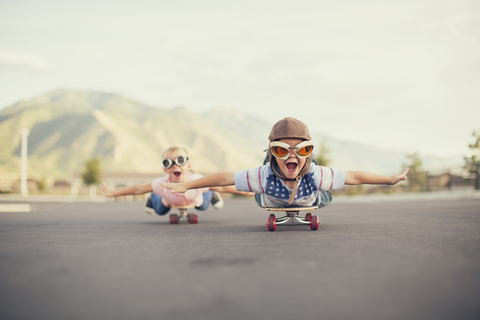 While some argue that the next recession might hit soon, what can the C-suite do to win even during the downturn?.

Well-prepared companies—those that managed to rein in costs and at the same time reinvest in growth—emerged as winners during and after past recessions, Bain & Company pointed out in its new report Beyond the Downturn: Recession Strategies to Take the Lead, which is based on an analysis of nearly 3,900 companies worldwide.

“That difference is worth US$6 billion in additional enterprise value,” said Tom Holland, co-author of the research and a partner with Bain & Company’s Accelerated Transformation business.

What did winners do?

The eventual winners deliberately planned to capture opportunities before the recession in ways that are just as relevant today, according to the report.

While they focused intensively on cost containment, they also looked beyond cost, the report says.

“Think of a recession as a sharp curve on race track – it’s the best place to pass competitors, but requiring more skill than on straightaway,” said Holland “The best drivers brake hard just ahead of the curve, turn hard toward the apex of the curve and accelerate hard out of the curve.  Winning companies take out excess costs, identify the short list of projects that will form their next business model, and spend and hire before markets rebound.”

What did losing companies do?

On the other hand, the losing companies, based on Bain & Company’s analysis tended to follow a few dead ends.

Some tried to slash and burn their way to the other side, under the misconception that extreme cost-cutting would stabilize the enterprise.

Other lagging companies strayed outside their core business, investing in the latest hot sectors and tools, praying for a winner.

Still others tolerated poor results during the downturn, waiting to see what would happen, and then finally took action – too late because they bought the wrong asset or paid an inflated price.

1. Restructure costs before the downturn hits, without cutting muscle at the core.  When companies saw greater urgency around cost, some were able to manage their cost structure by reducing the amount of work and simplifying processes. They viewed cost management as a way to refuel the engine for the next stage in the business cycle.

2. Put the financial house in order.  Recessions can wreak havoc on finances, so it’s essential to track precisely where capital currently is deployed and to review the liquidity position in order to mitigate the risk of being caught short of cash. Once those positions become clear, companies may want to zero-base the capital budget, so that the capex strategy ties directly to the corporate strategy throughout and following after the recession.

3. Play offense by reinvesting selectively for commercial growth. The strongest companies coming out of recessions went on offense early while others thought only about survival. Among the tactics used to boost commercial growth are the following:

“Based on their starting point in terms of strategic and financial strength, winning companies take a future-back approach – that is, they visualize a future state and work backwards to identify milestones along the way – to seize the unique opportunities that a downturn presents,” said Jeff Katzin, a partner in Bain & Company’s Customer Strategy & Marketing Practice and co-author of the report.

“Once management has established its position, trying to react hastily in a crisis will not work. To raise the odds of success, it is more effective to map out a series of offensive moves for the next few years that aim to propel a stronger enterprise through and out of the downturn.”