The Trade Finance Gap Stands at U$1.5 Trillion. What Can CFOs Do? 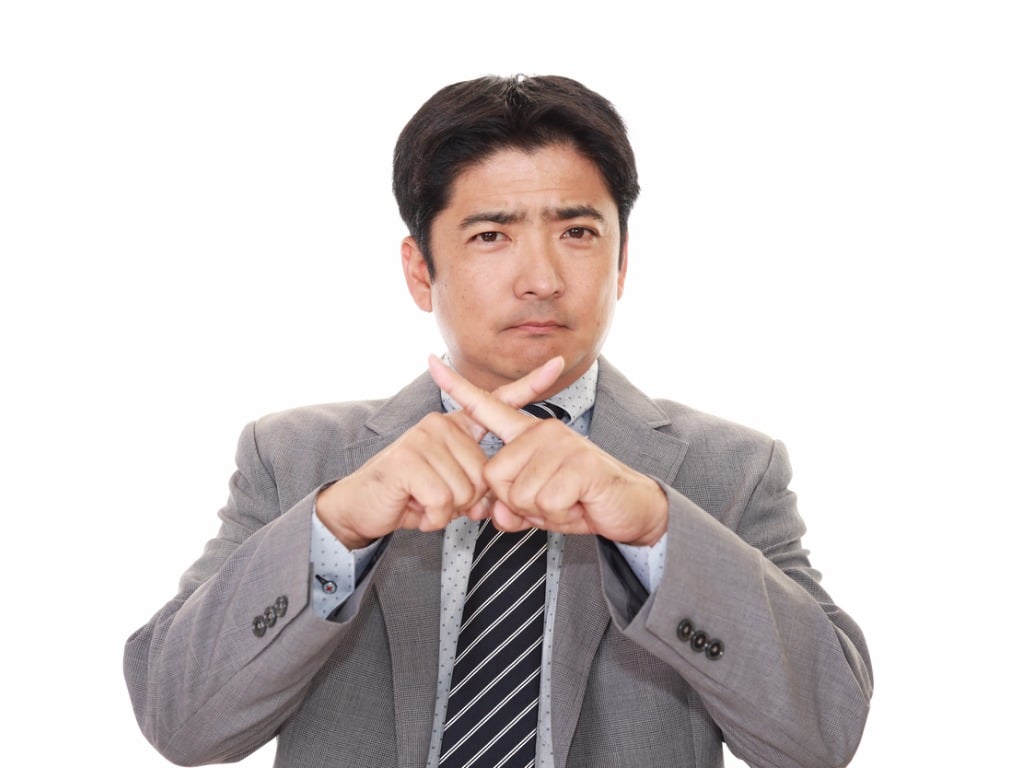 Financial innovation through technology has been trickling into the trade-finance space over the last few years, but this has not compensated for the downward trajectory of business lending and of international trade. There was an estimated US$1.5 trillion trade finance shortfall last year, according to the Asian Development Bank’s 2017 trade finance survey, down only slightly from US$1.6 trillion in 2015.

When asked what the companies did next after their trade-finance application was rejected, 53% did not go on to look for other sources of finance

And now, 2017 is turning out to be another sluggish year for international trade, partly due to the lack of movement in Trans-Pacific Partnership agreements (US President Donald Trump has withdrawn from the pact), but also due to a general shift from globalization to localization (take Brexit and Trump’s policies as examples).

What is happening to global trade?

There are three forces driving the US$1.5 trillion trade finance gap:

Taking a deeper dive into the trade-finance shortfall, the ADB report says Asia and Pacific are continuing to drive this gap. The general lack of trade finance provision is due to a high number of rejected applications – against the backdrop of the largest number of proposals/requests made for trade finance (see chart below).

It’s likely to be the perceived risk of emerging market financing that is driving this shortfall. 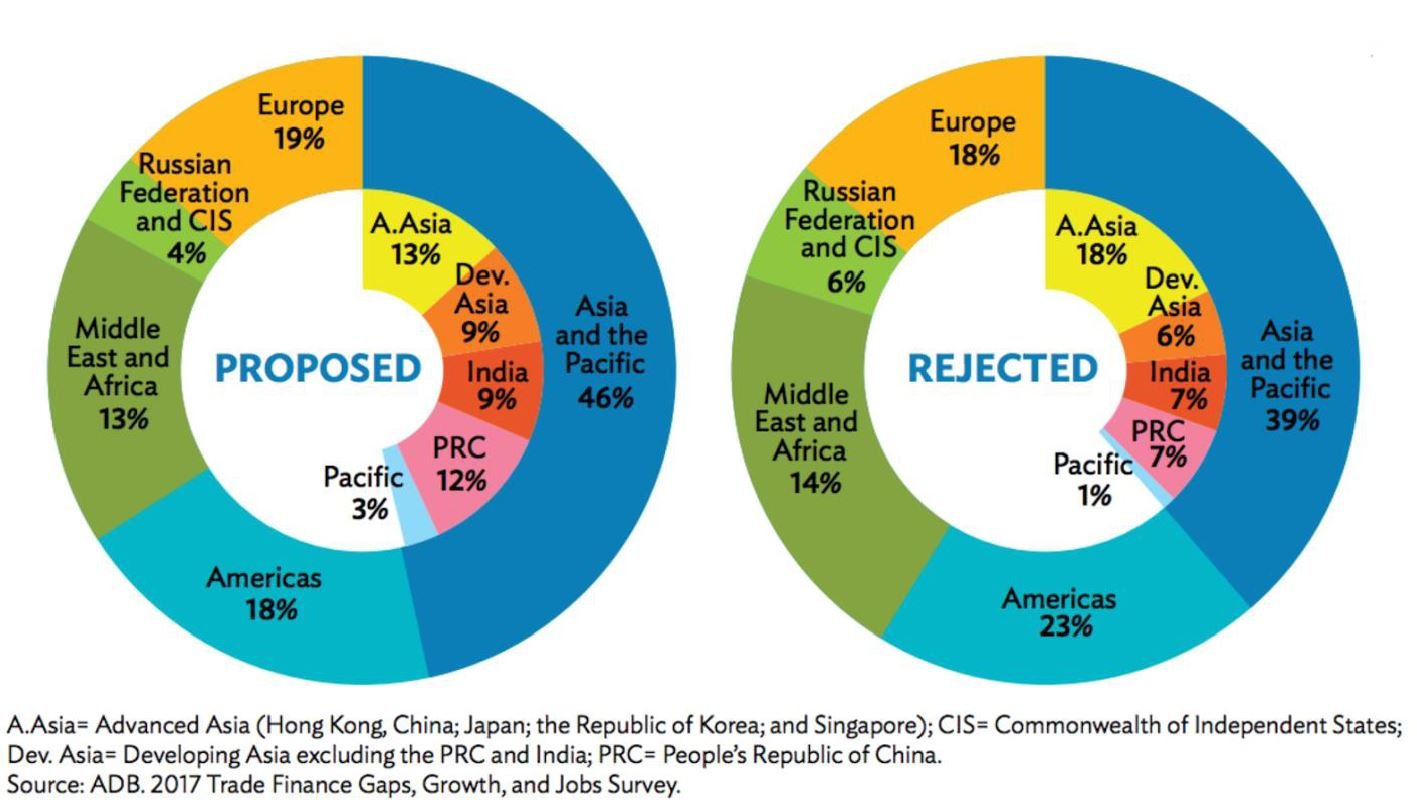 The ADB trade finance survey also found that around 74% of rejected trade finance applications were lodged by mid-cap companies and micro- and small and medium-sized enterprises (see chart below), which is similar to the previous year.

What’s more worrying, however, is that when asked what the companies did next, 53% did not go on to look for other sources of finance, thus possibly foregoing potential growth opportunities for those businesses. 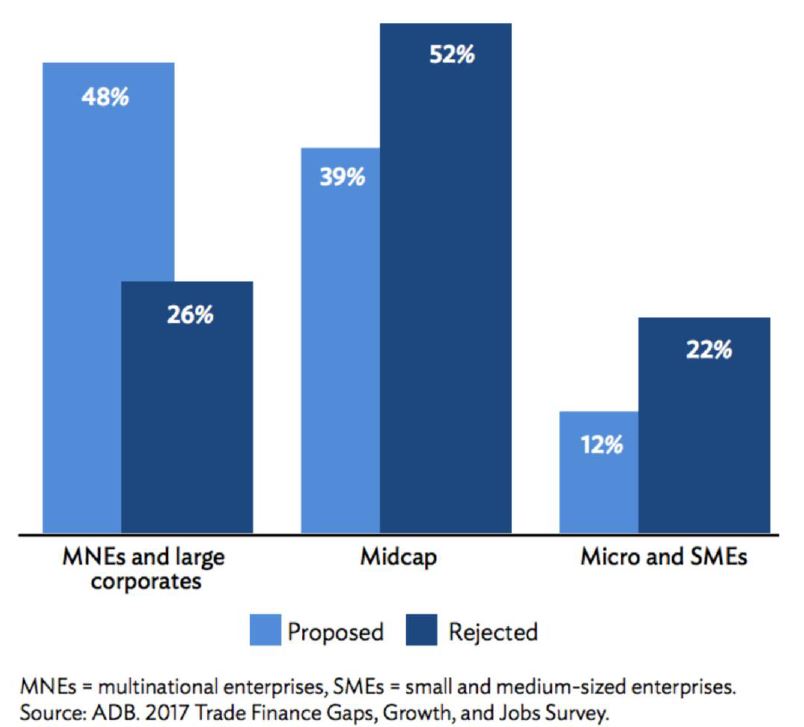 From Trade Finance Global’s perspective, it’s no surprise that financial institutions and high street banks are lending less. The need to comply with regulations around KYC (know your customer) and KYG (know your goods) has significantly driven down the number of low value transactions that are accepted.

These transactions require a lot of work for small profit, yet the risk to the bank is the same as doing higher value deals. Last year, 29% of transactions were rejected because of KYC concerns – which could mean that the banks were unwilling to undertake KYC on smaller clients.

It’s important to recognize that the types of financiers are changing, and that mainstreams banks might not always be the go-to for trade and supply chain finance

What is being done to address the trade finance gap?

2017 has undoubtedly been the year of fintech disruption in trade finance, with the completion, for example, of the world’s first global trade transaction using blockchain in place of Letter of Credit.

Furthermore, the rise of disruptors such as Hive, peer to peer finance organizations and alternative financiers have certainly stepped in to bridge and address this gap, and due to their higher risk appetite, agility and technology, are taking market share of trade financing.

Alternative financiers however are still a long way from addressing the US$1.5 trillion trade finance gap. Their market share is still low, although interest in them (“considered but not used”) is high (see chart below).

Use of Digital Finance Platforms (by type, % of respondents) 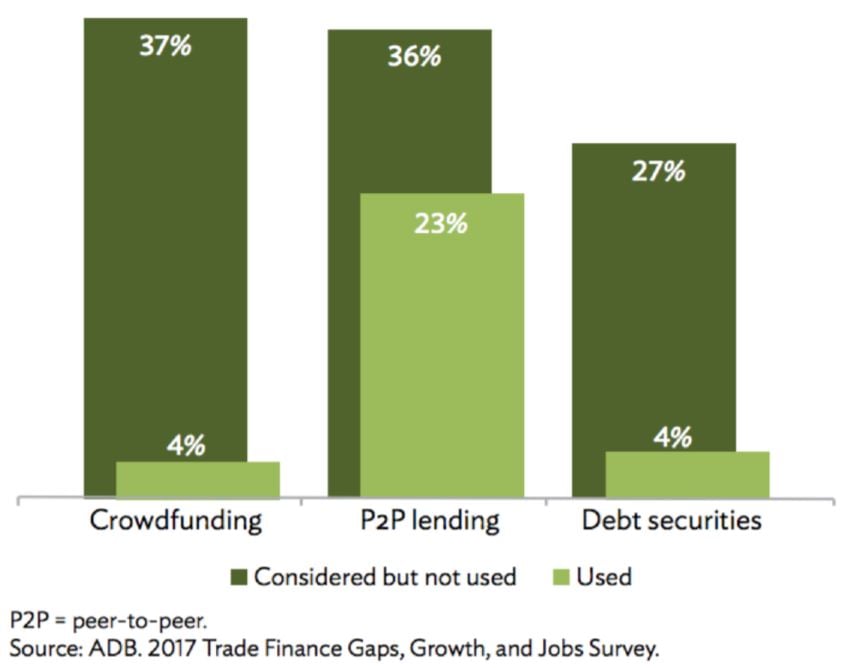 Digitization of KYC and other processes to try and automate the acceptance of trade finance is inherently complex, given the multi-jurisdictional, cross-border nature of trade finance. Although significant steps have been initiated (e.g. the R3 Consortium to embed blockchain into banking institutions), the adoption of ‘e-KYC’ is still far from complete.

Trade finance needs to head to a globally accepted, universal Letter of Credit or Supply Chain Finance mechanism that documents the buyers, suppliers, banks and logistics partners involved in a transaction. This will reduce risk, clarify the overall picture, and speed up trade financing – thus addressing the trade finance gap and enhancing international trade.

What can CFOs and FDs do?

For any company, cash is king, and working capital management is critical for any cash business. Growth requires upfront funding, and trade finance can be a handy financial instrument for those importing or exporting.

However, given the above challenges in the trade finance sector, it’s always important to consider diversifying finance sources, be that from the balance sheet, bank financing, or trade/credit facilities.

It’s also important to recognize that the types of financiers are changing, and that mainstreams banks might not always be the go-to for trade and supply chain finance.

The rise of alternative financiers could well be the solution for off balance sheet funding, shaving costs and increasing the potential for overseas growth with lower risk.