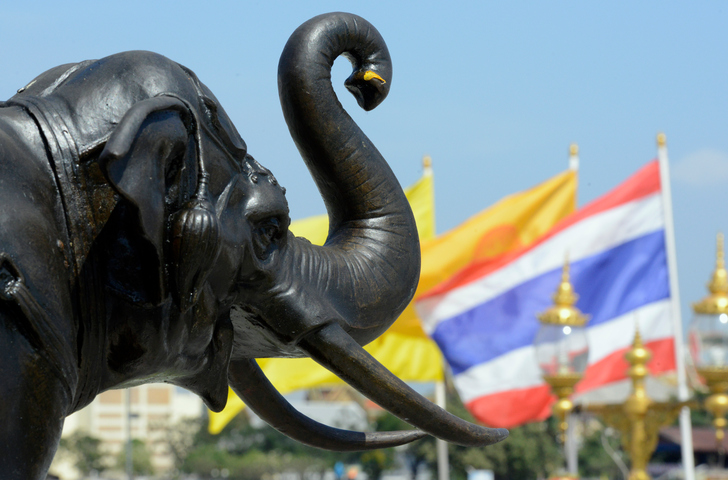 With the Eastern Economic Corridor (EEC), Thailand hopes to develop its eastern provinces into a leading ASEAN economic zone. The EEC straddles three eastern provinces of Thailand – Chonburi, Rayong, and Chachoengsao – off the coast of the Gulf of Thailand and spans a total of 13,285 square kilometers.

The government hopes to complete the EEC by 2021, turning these provinces into a hub for technological manufacturing and services with strong connectivity to its ASEAN neighbors by land, sea and air.

The government has announced a major cut in personal income tax to 17% for investors in the EEC, land leases of up to 50 years, and free flow of foreign currencies in the three eastern provinces

Thailand expects to spend US$43 billion (1.5 trillion baht) for the realization of the EEC over the next five years. This funding will come from a mix of state funds, public-private partnerships (PPPs), and foreign direct investment (FDI).

The government has identified four “core areas” essential in making the EEC a must-go economic zone:

A major focus of the EEC is to improve existing connectivity and foster manufacturing and innovation. The government envisions sea routes from the eastern provinces of Thailand to Myanmar’s on-going Dawei deep-sea port project, Cambodia’s Sihanoukville port, and Vietnam’s Vung Tau port.

The Laem Chabang seaport – already the country’s biggest – will also be expanded, with the goal of transforming it into a marine hub of Southeast Asia.

To improve connectivity by air, Thailand is expanding the U-Tapao airport in Rayong province. With the opening of a second passenger terminal and runway, the U-Tapao airport’s passenger capacity will increase from its current 800,000 people to 3 million. The expansion will not only facilitate an increase in tourist arrivals – attracted to Thailand’s eastern beaches – but will also transform U-Tapao into a hub for aviation maintenance, repair and overhaul, air cargo, and logistics.

Connectivity by road will improve with the development of high-speed and double-track railways connecting ports, airports, industrial clusters, and major urban centers throughout Thailand.

In order to realize the abovementioned four “core areas” of development, the government has identified 15 major investment projects for the EEC.

Additionally, the government is planning to build a digital park in Si Racha located on the coast of Chonburi in hopes of developing an Eastern Economic Corridor of innovation (EECi) – a complimentary project which will provide digital connectivity.

From the above list, the government has selected five projects to initiate the EEC. These projects will be given initial priority and will provide the foundations for subsequent development in the EEC.

U-Tapao airport development. The government expects the U-Tapao airport to usher in a wave of new tourists. Developing the airport further will also expand the ECC’s reach into the aviation sector. Here is what the Thai government hopes to accomplish.

Laem Chabang port. The government plans to increase the port’s connectivity and capacity within the first year of the EEC’s development.

High speed and double track railways. In developing the EEC, the government is prioritizing the creation of faster and more comprehensive routes between airports, ports, industrial clusters, and urban centers.

Reach out to targeted industries with emphasis on developing new technologies in the EEC. Under the broader vision of Thailand 4.0, the government’s development strategy, Thailand has identified five existing industries to further develop as well as five new industries to target. The government hopes to attract these industries to the EEC through tax exemptions and other benefits.

What can investors look forward to?

The government is hoping to secure much of the funding for the EEC through PPPs and FDI. Offering attractive incentives for both foreign investments and foreign presences in the EEC will be essential in realizing the EEC’s development.

The Eastern Economic Corridor Bill – approved in principle in mid-April 2017 – will amend or suspend more than 100 Thai laws and regulations within the EEC that restrict foreign investment and generally curb the ease of doing business.

While the government has yet to finalize a comprehensive list of incentives, it has announced a major cut in personal income tax to 17% for investors in the EEC, land leases of up to 50 years, and free flow of foreign currencies in the three eastern provinces.

Furthermore, a 50% reduction in corporate income tax over a period of five years is now on offer for investors.

To create incentives within the next-generation automotive industry, the government is planning to provide tax and import exemptions on vehicle manufacturing for up to eight years, depending on the type and scale of production.

Foreign experts operating in key fields will be eligible for tax exemptions between ten to 15 years. The government has also established a 10 billion baht competitive enhancement fund for targeted industries.

The development of the EEC is an indicator that the Thai government is aiming to diversify its economy, moving away from previous dependences on the garment and agriculture industries. The government plans to expand urban centers within the EEC and is working to develop advanced training programs to improve its skilled workforce.

Expansion of airports, railways, and sea ports may very well transform Thailand’s eastern provinces into a robust and dynamic commercial region. With the creation and expansion not only of manufacturing centers but entire cities, the success of Thailand’s EEC may open up Thailand as a premier investment and business location in ASEAN.