Striking the Right Balance in Your Company’s Capital Structure 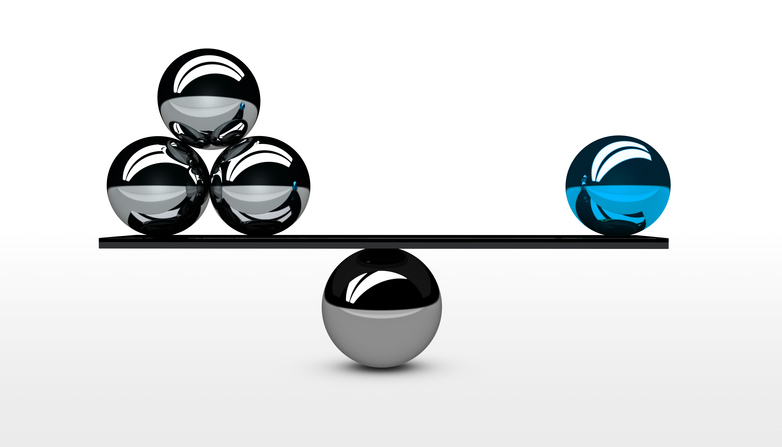 The purpose of a company’s capital structure is to support the business’ growth given a highly competitive environment. Although there are a number of theories which seek to explain how companies should set their capital structures, there is no single capital structure which is appropriate for all corporations.

Setting an appropriate capital structure is a balance between maintaining the financial strength of the company and providing sufficient opportunities to create growth. Get it wrong and a bad decision on capital structure can result in a company losing control of strategy.

But get it right and a company can grow with the confidence that it has sufficient financial flexibility to take advantage of opportunities as they arise and to provide protection in the event of a downturn in the economy.

In October, at the Executive Institute at the AFP Annual Conference, experts debated the concept of optimal capital structure. Generally, they agreed that the key to an ideal capital structure is finding the right balance so that you’re not sacrificing your future.

Creating an effective capital structure is much more complex than simply targeting a particular leverage ratio over time. While it is possible to target a particular split between debt and equity to finance a company, there are many different dynamics which can affect how a decision to increase debt, for example, will affect the treasury and wider operations of that company.

Second, because the decision on capital structure is a fundamental one, it will be taken at the board level. It is part of the finance team’s role to explain the implications of different decisions to board members before a final strategy is agreed.

Richard Rivero, managing director of Goldman Sachs, began by explaining that in his line of work, he advises corporate clients on capital structure, corporate finance and M&A, using data science, metrics and theory.

“We try to package that and deliver it in useful forms to treasurers and CFOs and sometimes CEOs,” he said. “The conversation always starts with, ‘What is the right capital structure?’”

To design an optimal capital structure, Michael Roberts, professor of the Wharton School of Business at the University of Pennsylvania, believes that the first thing you have to do is determine the costs and benefits.

“What are the trade-offs you face in deciding that optimal level of liquidity more broadly?” he asked. “When I think of the more popular trade-offs, in terms of what we teach, ones that come to mind immediately are things like the interest tax shield that debt provides, as a benefit, traded off against the costs if the firm gets into financial distress by being overlevered.”

One thing that academics like Roberts are currently exploring in the post-recession environment in the US is the interplay between macroeconomics and finance. For example, he is reviewing things like how global competition from Europe and Asia impacts corporate yields.

“So what we’re trying to sort through is, what are all these different forces? How important are they, relevant to one another? And how do they apply to different firms at different stages of their lifecycle and the economic cycle?” he asked.

Grady Walker, treasurer and finance director for Popeyes Louisiana Kitchen, said that in attempting to answer these questions, it would be a good idea to bring in the knowledge of corporate practitioners to see how they are applying and modifying that theory to fit their industry and their practice.

“One of the things that we did was take a triangulation approach to capital structure,” he said. “We began with a traditional WACC [weighted average cost of capital] analysis, which was based on the market. But then, just like a GPS takes three points to find you, we decided to make sure our capital structure was found in the best possible place.”

From there, Popeyes did a stress test based on its debt covenants, which revealed that the restaurant chain’s business is largely based upon same-store sales and sales growth.

“If our same-store sales and sales growth dropped off the map for five years, how would we handle that? How would we stand that? That was the second part of the triangulation—the stress test,” Walker said.

Lastly, Popeyes wants to make sure it doesn’t box itself into a capital structure that could impede the things it wants to do in the future.

“Flexibility to maintain future growth is the third point of that GPS triangulation, and that informed a lot of our capital structure and how we put it together and how we planned for the future,” Walker said.

“That’s how I applied the theory and added a few other nuances and tests to get to where it was more practical for us.”

Craig Martin is Director, Treasury Practice and Executive Programs, at the Association for Financial Professionals.