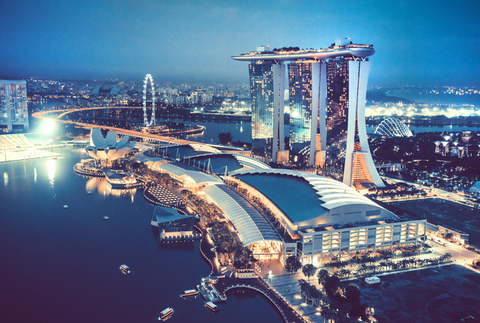 The Q4 growth rate was not only lower than that in Q3, but also was adjusted downwards from an earlier official estimate of 2.2% and at the same time lower than some economists' forecast of 2.1%.

The MTI maintains its 2019 full-year growth forecast at 1.5% - 3.5%, expecting growth to be slightly below the mid-point of the range.

The ministry said uncertainties and downside risks in the global economy have increased since three months ago, including a looming Chinese slowdown, trade tensions between the US and its major trading partners, and the possibility of a no-deal Brexit.

As a result, economic growth in the country is expected to slow again in 2019, the MTI said.

Given the goings-on in the outside world, the pace of economic growth in the Republic is expected to slow again in 2019, it added.

Other highlights of full-year growth

“The manufacturing sector is likely to see a significant moderation in growth following two years of robust expansions,” the MTI said in a statement. “In particular, the electronics and precision engineering clusters are expected to face external headwinds due to weakening global demand for semiconductors and semiconductor equipment with the fading of the global electronics cycle.”

Outward-oriented service sectors such as wholesale trade, transportation & storage, and finance & insurance are expected to weaken over the coming months, the ministry said.

Resilient sectors include the information & communications sector and the education, health & social services segment, the MTI noted, adding that the construction sector would see a turnaround following three consecutive years of contraction.