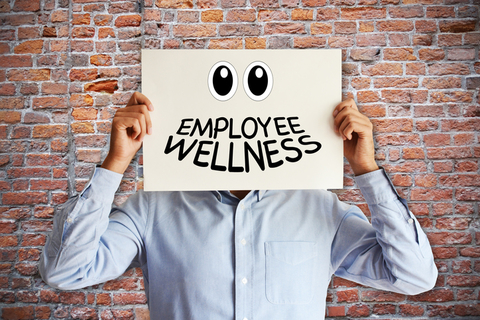 While wellbeing programs could help improve employees' physical and mental health, which would eventually be translated into higher productivity and medical cost savings, but should such programs be compulsory?

“You’d be hard pushed to find anybody who is willing to argue the case against wellness programs, but it might take some convincing for employers to make wellness mandatory,” said Grant Torrens, Business Director of Hays Singapore.

Torrens quoted statistics from United Healthcare, saying that 62% of employees who use workplace wellness program report productivity increase and 56% have fewer sick days.

Despite the benefits, a study by the National Bureau of Economic Research found that less than 39% of eligible employees chose to participate at all, he added.

There are some companies that have made wellbeing programs compulsory, according to Torrens.

KPMG was reported to have launched one such program earlier in the year, Hays pointed out.

The consultancy firm launched a three-day course for all UK-based auditors, known as ‘KPMG Audit University’, said Hays, adding that compulsory sessions included mindfulness and yoga that are supposed to help staff deal with the stress from their work.

In Sweden, every Friday staffers at fashion and sportswear company Björn Borg are required to down tools for a mandatory workout at a nearby gym, the recruitment firm noted.

However, there are arguments against compulsory participation, Hays observed.

“Although companies may have good intentions in mandating participation in wellness activities, those efforts can backfire if not executed properly — disrupting trust, heightening tensions and allowing cynicism to grow in the workplace,” said David W. Ballard, Assistant Executive Director for Organizational Excellence at the American Psychological Association.

There’s no point having meditation or resilience classes if managers are still overworking people; if the environment is too controlling; if there’s discrimination; or if there is no scope for autonomy. Wellness needs joining up to the business as a whole

How to encourage participation

There are several ways in which employers can increase employee participation in wellbeing programs without making them compulsory, according to Hays.

Providing incentives is one major way to achieve that, said the recruitment agency.

IBM has four wellbeing programs comprised of training courses lasting 12 weeks, Hays said, adding that the technology firm offers a maximum of US$300 a year—US$150 for each course completed.

IBM reports that 80% of its 400,000-plus employees have signed up for at least one of the wellness programs every year, according to Hays.

Employers can also adopt the “use it or lose it” strategy.

Companies could move a greater proportion of their wellness options into employees’ flexible benefits pot – essentially forcing them to use them or lose them, and guaranteeing at least some engagement with wellbeing services, Hays advised.

Another way to do it is to add participation to the annual review.

Hays quoted Sue Baker, Director of the ‘Time To Change’ movement at mental health charity MIND, as saying that firms could make mental health check-in part of their annual review, or part of joining in the first place.

There must also be an overall change in a company’s culture for wellness programs to work well, Hays pointed out.

“There’s no point having meditation or resilience classes if managers are still overworking people; if the environment is too controlling; if there’s discrimination; or if there is no scope for autonomy. Wellness needs joining up to the business as a whole,” Hays advised.

Hays also advised employers to be aware of the need to support employees with mental health issues.

According to a survey of more than 1,400 people across nearly 100 countries by Hays earlier this year, mental health issues remain a taboo and employees might not get the support they need in a timely manner.

Of those respondents who indicate that they never raised a mental health issue, a staggering 33% said they didn’t feel comfortable speaking to their manager while 26% stated they were worried it might harm their career progression.

In addition, 24% declared they were concerned with confidentially and 14% were not aware of the support that was available to them.

Among those respondents who indicated they mentioned their mental health issues to their employers, 27% said they received no support.

Those who reported they received support revealed the followings:

“This survey has highlighted the importance organizations must place on educating their workforce about the support that is available to them should they experience a mental health issue,” said Sandra Henke, Hays Group Head of People & Culture. “Creating a culture in which employees feel they can approach their manager with such issues is very important as well. The well-being of employees should be paramount for organizations and managers must ensure they are supporting their employees as a priority.”

It's about time for employers to be aware of the wellbeing issue and to throw support to their workers while growing their businesses.

Hong Kong is a vivid example that illustrates a thriving economy without much support to its hard-working population.

According to government figures, tens of thousands of people in Hong Kong work 75 hours a week while a UBS survey in 2016 indicated that Hongkongers work an average of 50.1 hours weekly—the longest work week around the globe.

However, support for mental health needs by employers is rare in Hong Kong.

Nearly three quarters (73.4%) of respondents surveyed by Aetna International and Mind Hong Kong earlier in this year in the city said their workplaces don’t have any such support programs.

In addition, 60.4% of our respondents stated that they don’t know of any other sources of support for mental health apart from hospitals.

"It’s clear that there is lots to be done to help improve knowledge and attitudes around mental health and mental health problems, and the stigma that surrounds the subject in Hong Kong,” said Dr Hannah Reidy, CEO of Mind HK.

“Among our own members in Hong Kong, we have seen about a 30% increase in annualized claims for psychological and psychiatric services since 2015,” said Kevin Jones, Chief Executive of Aetna Insurance (Hong Kong) Limited. “We believe that everyone is equally deserving of affordable and accessible treatment for mental health issues—as well as support from their employers, colleagues, families and friends.”