Retail: 24% of the Top Global Players are in Asia Pacific 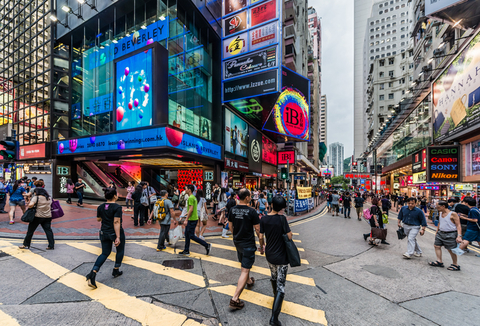 Asia Pacific has 60 of the top 250 global retailers, according to Deloitte’s Global Powers of Retailing 2019 report.

Asia Pacific retailers in the top 100

Top retailers in APAC had most of revenues from home turfs

Retailers in Asia Pacific have been relatively slow to invest in international operations, according to the report.

On average, they operated in four countries, compared with 9.5 countries for the entire Top 250 group, Deloitte observed.

Nearly half of the companies operated only within their home country, while 88% of the composite revenue for the region’s 60 retailers in the Top 250 was generated domestically in FY 2017,, Deloitte added.

The Top 250 global retailers generated aggregated revenues of US$4.53 trillion in fiscal year 2017, representing composite growth of 5.7%, the report indicates

“Until early 2018, the global economy displayed strong growth. With inflation accelerating in major markets, governments making shifts in monetary and fiscal policies, and most of the emerging markets experiencing significant currency depreciation the global economy will slow down in the near future,” he explained.