Really? Singapore Is Costlier Than Tokyo and Hong Kong? 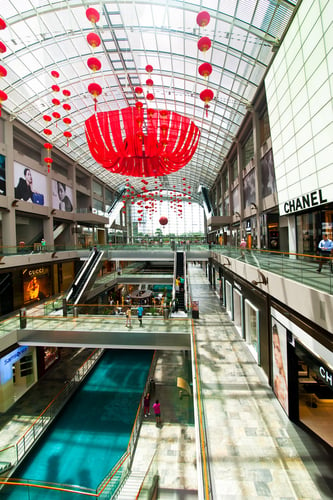 Really? Singapore is the costliest city in the world? If the Economist Intelligence Unit (EIU) is to be believed, that is indeed the case. Ranked No. 6 last year and 18th ten years ago, the Lion City is now a more expensive place to live in than Paris, Oslo, Zurich and Sydney.
Click on image to enlarge
The ten most expensive cities in the world

New York = 100. Source: The Economist Intelligence Unit
Hong Kong, notably, is not even in the EIU’s Top Ten most expensive list. Singapore’s rival business and financial center is ranked No. 13 (it was No. 14 last year).
The cost of living estimates have implications on business decisions. If the cost differential between, say, Singapore and Hong Kong is wide enough, companies may opt to set up their regional headquarters and assign expat executives in one city over another.
In the EIU survey, Singapore is assigned a world cost of living index of 130, meaning that it is 30% more expensive than New York (which is assigned an index of 100). Hong Kong’s world of cost of living index is below 117 – quite an appreciable difference.
Method to the madness
To appraise the results of the EIU survey, one must understand the methodology used. The latest survey was conducted in September last year and published in December for paying subscribers. The executive summary was released to the public this week.
“More than 50,000 individual prices are collected in each survey,” says the report. “EIU researchers survey a range of stores: supermarkets, mid-priced stores and higher-priced speciality outlets. Prices reflect costs for more than 160 items in each city. These are not recommended retail prices or manufacturers’ costs; they are what the paying customer is charged.”
The 160 products and services include food, drink, clothing, household supplies, home rents, transport, utility bills, private schools, domestic help and recreational costs. The prices are converted into US dollars at the prevailing exchange rate “and weighted in order to achieve comparative indices,” says the report.
“The cost-of-living index uses an identical set of weights that is internationally based and not geared toward the spending pattern of any specific nationality,” write the EIU researchers. “Items are individually weighted across a range of categories and a comparative index is produced using the relative difference by weighted item.”
Bread, wine and petrol
The 40% appreciation of the Singapore dollar over the last decade is apparently a factor in pushing the city up the global ranking. “The city also has some structurally expensive items that skew the overall cost of living upwards,” says the report. Transport costs are almost three times as high as New York, for example, in part because people have to pay “very high related certificate of entitlement fees” to buy and use a car.
“Equally, the proliferation of expensive malls and boutiques on Orchard Road (Singapore’s retail hub) import luxury European brands to satisfy a wealthy and fashion conscious consumer base,” explains the EIU. “This means that Singapore is the priciest place in the world in which to buy clothes.”
At the equivalent of US$3.36, the average price of a loaf of bread in Singapore is not too bad compared with US$8.44 in Paris, US$5.91 in Oslo and US$6.19 in Zurich. Bread in Singapore is also 52% cheaper than in Tokyo (US$7.12) and 27% cheaper than in Sydney (US$4.65).
But wine lovers have to pay much more – the average price of a 750-ml bottle of table wine in Singapore is US$25.04, two times the price in Tokyo and 11% more than in Sydney. The EIU executive summary does not contain information about wine in Hong Kong, but the average price is certainly among the lowest in Asia. The Hong Kong government removed all duty-related customs and administrative controls on wine in 2008.
Click on image to enlarge
Prices now and then – Top 10 cities

Abenomics is making headway against deflation in Japan, but the falling value of the local currency is making prices of goods and services look cheaper in US dollar terms.  “A weaker yen has pushed Osaka and Tokyo away from the top of the cost of living ranking,” notes the EIU report. Tokyo was ranked the most expensive city in the world last year.
On the other hand, the long-term appreciation of the Australian dollar is helping keep cities Down Under in the upper reaches of the EIU’s cost-of-living list. Sydney is currently ranked No. 5, and estimated to be 20% more expensive than New York (it was No. 3 last year). Ranked No. 5 last year, Melbourne is No. 8 in the latest ranking, and reckoned to be 18% more expensive than New York.
Cheap, cheaper, cheapest
The EIU executive summary also lists the ten cheapest cities to live in, a ranking that includes Karachi in Pakistan and Damascus in Syria, not exactly among the world’s safest places.
Click on image to enlarge
The least expensive cities in the world

The cheapest city is Mumbai, at No. 131 (it was ranked 130 last year). New Delhi is ranked the third cheapest, after Karachi. In India, says the EIU, “income inequality means that low wages proliferate, driving down household spending and creating many tiers of pricing that keep per capita spending low. This, combined with a cheap and plentiful supply of goods into cities, as well as government subsidies on some products, has kept prices down, especially by Western standards.”
Jeddah and Riyadh in Saudi Arabia are also in the list of the world’s cheapest cities. Along with Panama City, these two place are much more stable than either Karachi or Damascus. “Price controls on staples in Saudi Arabia [are] continuing to guarantee low prices for many goods,” observes the EIU. You need to pay only US$0.13 per liter of unleaded gasoline in Riyadh – compared with US$1.74 in Singapore and Tokyo.
Red flag for Singapore
What does all this mean for CFOs and other executives? The survey, which is now on its third decade, is designed to enable HR managers and expat executives “to compare the cost of living in 140 cities in 93 countries and calculate fair compensation policies for relocating employees,” says the EIU (131 cities, apparently, on the evidence of Mumbai coming in 131st in the ranking).
For Singapore, specifically, the EIU survey may be a red flag about inflation trends and asset price appreciation. According to data compiled by Bloomberg, annual inflation in Singapore averaged 2.8% in the past ten years, more than double the average 1% of the decade before that.
“Singapore’s rise [in the ranking] is partially attributable to the continued strength of the Singapore dollar, but the city has seen price rises too which have no doubt been compounded by a reliance on imports,” said Jon Copestake, the report’s editor, in a statement.
There are, of course, other factors at play when companies compare the desirability of siting offices and expats in one city or another. For example, Singapore is typically lauded for the quality of its air (except when forest fires in Indonesia befoul the skies), something that Hong Kong, Shanghai and Beijing cannot claim.
But cost of living is surely a key differentiator – especially as places like Kuala Lumpur continue to improve infrastructure, regulations, tax structures and other business initiatives. Singapore may need to examine some of its policies and rein in some of its costs to remain at the top of the game.
About the Author