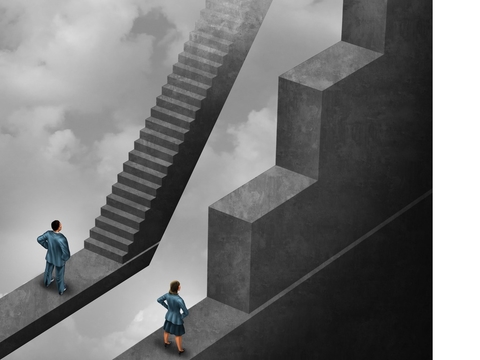 If you’ve ever suspected that men are less likely to recognize gender inequality as an issue in the workplace, you might be right.

Ahead of this year’s International Woman’s Day on Mar 8, recruitment firm Hays recently surveyed more than 1,100 people across nearly 100 countries, asking respondents on a scale of one to five how committed their employer was to achieving gender equality.

Overall, 32% said their employer was less committed to achieving gender equality, revealing women (39%) were more likely to believe there was a need for improvement, versus 23% of men.

While 45% of all respondents said their employer was more committed to achieving gender equality, 57% of men believe this to be the case versus 38% of women.

In addition, women (72%) were more likely to identify equal pay as the biggest improvement needed, versus 39% of men.

“It’s concerning to see that equal pay is still seen as an issue which isn’t being tackled by employers,” said Sandra Henke, Hays Group Head of People & Culture.