Management Styles: How Not to Be a Control Freak 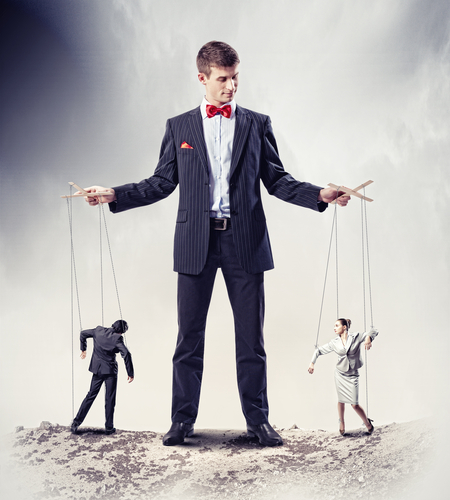 Managers are mostly concerned with accomplishing short-term organizational objectives such as meeting monthly sales targets, hitting factory production quotas, drawing up shift rosters and meeting the monthly financial closing deadline. This is especially true of middle managers.
Because of the pressing and immediate nature of these goals, managers may try to motivate employees to achieve them within a specific time frame through incentives, directives and compliance requests.
However, these motivational mechanisms are often “manufactured contingencies . . . that are separate from or are arbitrarily related to the activity” that employees are hired to do, says Johnmarshall Reeve, a professor in the Department of Education at Korea University and author of Understanding Motivation and Emotion, now on its sixth edition.
He describes such mechanisms as a “controlling motivating style,” which pressures employees to behave in a specific and manager-directed way. In contrast, an autonomy-supportive motivating style, Reeve tells [email protected], is one that nurtures employees’ inner motivational resources: interest in the job, a sense of value in their work and perceived competence in their duties.
The problem is that managers who have gotten used to managing by control tend to apply that short-term style to everything else. “If you watch a manager day after day, month after month, what you’ll see is a fairly consistent style,” says Reeve, who was recently at Singapore Management University (SMU) to speak at the SMU Social Science and Humanities Seminar. “Even after many appraisals and training, if they are controlling now, they’ll be controlling the next year.”
“It’s not something they can change on their own – they need external evidence-based advice,” he continues. “It’s not about changing one or two or three things because it’s developmental. The manager needs to change, grow and then change some more. And from there, a manager could become genuinely autonomy-supportive.”
The autonomy-supportive manager
Other than nurturing inner motivational resources, Reeve identified three kinds of behaviors typical of autonomy-supportive managers:
“As a manager, you not only have to address negative effect, you also have to deal with it and take it off the table before you ask for engagement,” Reeve explains. “If the employee is resentful or frustrated or angry, he or she won’t be a good worker. The manager needs to see where the anger is coming from and ask if there’s anything he can do to help.”
Reeve adds: “The employee often knows what the problem is and even how to solve it.  But they typically need the manager's understanding and assistance in changing the situation for the better. Once the adjustment has been made, and if the frustration is gone, then the manager can get on with solving the problem. That’s what a manager does – setting up an employee so he or she can do her job well.”
Findings from the field
In 2008, as part of his research for his Autonomy-Supportive Intervention Program, Reeve conducted a study at a Fortune 500 company. The results suggest that managers’ motivating styles towards employees are malleable, and that highly experienced managers were especially able to expand their entrenched style to incorporate autonomy-supportive behaviors.
Still, they needed some convincing. “They were skeptical at first,” Reeve recalls. “That’s why the first thing I put across to them was, ‘The last thing I want to do or imply I would do is that I want to change your managerial style. What we want to do is expand it, to add elements of autonomy support that aren’t there.’”
“So we told the managers, ‘Here’s what we saw on the floor, and here’s how you can approach it.’ We’re not asking them to change anything, we’re just trying to supplement and build on their style. They were open to that.”
But there was little evidence that these managers made the ultimate leap to building and enhancing employees’ inner motivational resources. Reeve wrote in his research: “Having been most concerned with their most salient, performance-relevant problems, managers apparently did not work as actively or consistently on the next-level goal of enhancing employees’ inner motivational resources to enhance autonomous motivation.”
The role of senior management
Why? Are middle managers simply too pressed by deadlines to think about such things? Would it make a difference if senior management completely bought into the idea of an autonomy-supportive environment?
“It’s like being in a school, where the principal and parents are pushing, and they want to be able to control you – you’re just a conduit,” Reeve says. “They just want you to make a certain number of phone calls, or produce a certain number of units of a product. In such a situation, it’s just not going be an autonomy-supportive organization.”
How then does one convince senior management to take the plunge?
Reeve says: “If another company adopts it, it works, and that company gets an advantage by employees being more productive, or if the attrition rate drops. Upper management will say, ‘Whatever they are doing right, we’re going to copy it.’”
About the Author