Insights From CFO Innovation’s Forums: What a Thousand CFOs Are Thinking 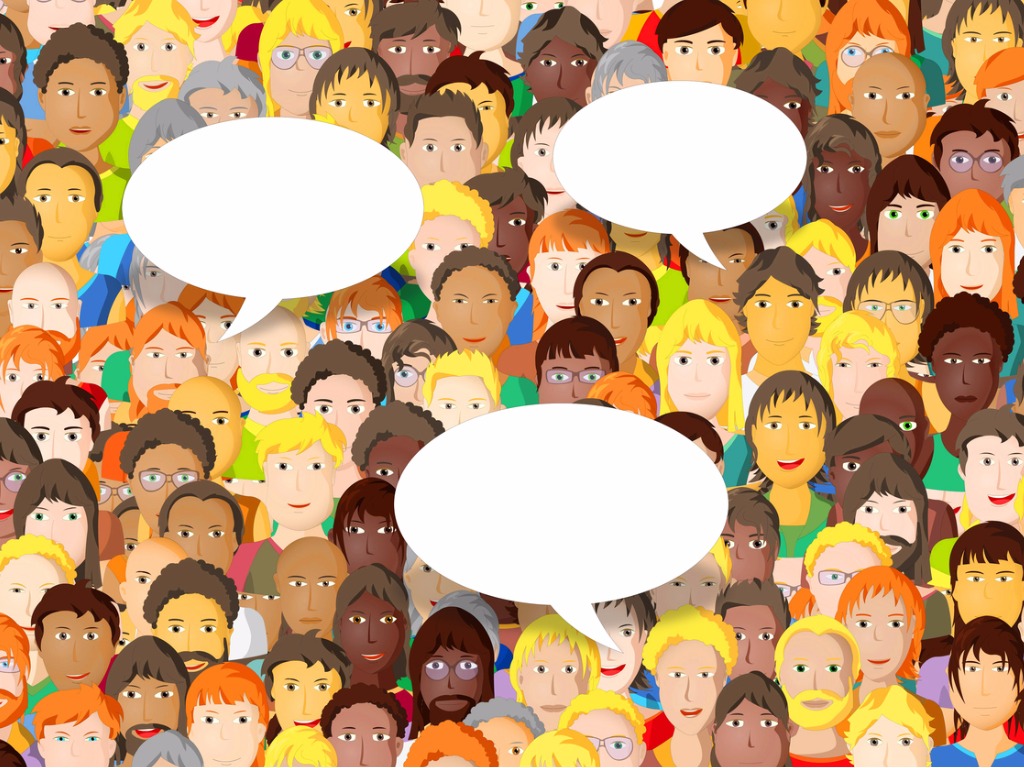 So far this year, more than a thousand CFOs and other finance leaders have attended CFO Innovation’s conferences in Shanghai in March, Jakarta in April, Singapore in May, Manila in June and Bangkok in July. Still to come are forums in Hong Kong and Kuala Lumpur.

It is remarkable how similar the concerns and areas of interest of finance functions are, regardless of geography. The issues that resonate include the following:

The lesson: Monitor sentiment, because if it grows strong and persists long enough, it could eventually affect the real economy. But don’t panic

While the delegates continued to be interested in currency risk, analytics, technology and talent management, the initial worries about the global economy and international trade expressed in Shanghai in the first quarter had become muted by the time the Manila forum was held in the second quarter. But the jitters were back in Bangkok in the third quarter.

The US, Chinese, European, Japanese and ASEAN economies (as well as Hong  Kong) continued to show resilience going into the third quarter, even as the populist and protectionist instincts in France and Germany appeared to have been tamped down. North Korea’s missile tests and the threats and counter-threats between Trump and North Korea subsequently roiled nerves again.

The ups and downs highlight the perceived uncertainties in the global economy. But as one CFO in Singapore observed, the volatility stems more from sentiment and news flow, rather than structural changes. The real economy, and thus business growth and prospects, remains stable, at root. The economists who spoke in the various forums uniformly forecast solid economic growth for Asia in 2017 and 2018, with the Philippines, India and China predicted to top the league table.

The lesson: Monitor sentiment, because if it grows strong and persists long enough, it could eventually affect the real economy. But don’t panic because the real economy can remain robust despite Trump, North Korea, Brexit, terrorist attacks and other worries.

In Asia, companies should continue to invest and expand because consumers are continuing to earn and spend, infrastructure is being built and improved, exports have recovered, and general business activity remains buoyant. In this environment, the overly conservative and timid business could be left behind by more agile competitors.

Also destined to lose out: Companies that fail to recognize and respond to the impact of technology on their business. The disruption can hit the enterprise’s very business model, as transport companies, retailers and travel agencies are finding out with the likes of Uber, Grab, Amazon, Alibaba and Tencent eating into their market shares.

But again, the feeling was that it is not yet time to panic. The disruptors will not have it all their own way, as evidenced by Uber’s recent problems in the Philippines (the regulator slapped a one-month suspension on the company for non-compliance with a driver recruitment directive).

And the doomsday scenarios are not really panning out in certain sectors. For example, the hotel business continues to thrive despite Airbnb and other home-sharing ventures. Asia’s long-time retailers are not closing down either, despite the onslaught of new online rivals like Zalora, Lazada and the like.

CFOs in our forums say they are monitoring the technology disruptors, but they are not necessarily radically overhauling their business models as, say, Wal-Mart is doing in the US in response to Amazon entering the retail space.

Some inputs are priced in US dollars even if produced in-country, such as oil, cotton and other international commodities. Foreign-currency exposure is unavoidable in these cases

The merit of that cautious approach remains to be seen. One resource person pointed out that Asia’s emerging economies have a lot of capacity to expand in terms of consumption, unlike the saturation in advanced markets. So for now, there is room for both incumbents and disruptors in such places as China, Indonesia, the Philippines and Thailand, not to say Cambodia, Laos and Myanmar.

Incumbents have the time to study how the new technologies can be integrated into their business models and how the spirit of entrepreneurship and outside-the-box thinking can be adopted. In their turn, the disruptors also have breathing space to learn how to operate like incumbents in having stable and standardized processes without losing their edge in innovation and risk-taking.

Among the concrete steps panelists and participants said they were taking:

In May, one CFO in Manila declared that his company’s base case for the Philippine peso was that it has stabilized against the US dollar. The company was therefore not planning to renew its hedging contracts. In contrast, some CFOs in the Shanghai forum in April were worried about the renminbi falling against the greenback because of capital outflows.

Fast forward to end of August and the opposite scenarios are holding sway. The Philippine peso has continued to deteriorate while the renminbi has risen strongly and stabilized. Of course, these currencies can still go the other way, but the lesson is clear: Forecasting currencies is and will always remain an inexact science.

What is the CFO to do? Among the suggestions:

Maximize natural hedging. Match the currency of revenues with the currency of expenses, including borrowings and production inputs. Hong Kong and Singapore have well-developed bond markets, while emerging economies like the Philippines are aggressively developing local-currency debt exchanges. Locally produced and priced parts and commodities can also be sourced to replace imported components.

Use commercial hedging. Some inputs, however, are priced in US dollars even if produced in-country, such as oil, cotton and other international commodities. Foreign-currency exposure is unavoidable in these cases, along with the need to borrow in foreign currencies to fund the purchase of machinery and equipment such as aircraft, for example.

Hedging instruments are available in Hong Kong and Singapore, but options are more limited in Indonesia and Thailand – even though regulators there encourage companies, particularly exporters, to hedge against extreme currency movements. Both the rupiah and baht had been forecast to weaken, but had confounded the prognosticators by rising against the US dollar instead.

Let headquarters deal with it. One panelist said local operations are insulated from currency volatility because treasury management is conducted in headquarters in Europe. The in-country CFO still strives for natural hedging, but exposures beyond that are handled by centralized treasury, whose comprehensive view of global accounts allows it to offset currency exposures notionally and/or in real terms with derivatives.

The strategy is becoming more accessible for Asian multinationals as jurisdictions like Hong Kong, Malaysia and Thailand join well-established Singapore in offering infrastructure and incentives to set up regional treasury centers in their territory.

Stick to the right reason for hedging. Panelists and participants stressed that currency hedging is not meant to make the company money. That can be a happy side benefit, but the program should never be designed for profit. The real reasons to hedge should be to put a floor to currency-related losses, which may or may not happen, in order to allow more effective budgeting, forecasting and risk management.

What if did not move in the direction anticipated, as happened to the renminbi, which is now at a 14-month high? Some in the company may say the fees paid for the hedge had been “wasted.” But it’s similar to insurance premiums, argued a participant. The company should not begrudge the premiums paid to guard against fire, but should be thankful the facility did not, in fact, burn down.

Of course, finance still has the responsibility to ensure that the hedging contracts’ counterparties are legitimate and reliable, that the contracts are priced at rates that balance risk and prudence, and that the strike prices make sense in the light of the company’s risk appetite and operational requirements.

In the Singapore, Manila and Bangkok forums, a quick poll of the delegates showed that more than 90% of the companies represented had not suffered from the WannaCry or NotPetya cyber attacks. Still, cybersecurity was top of mind in most of our forums so far this year – against the backdrop of an increasing number of companies migrating their ERP and finance processes to the cloud.

The cloud-based services providers were one in insisting that their dedicated data centers, sophisticated security systems, specialist teams and continuous research and investment make them more likely to be able to repel ransomware and other cyber attacks, compared with the IT departments of companies guarding on-premise hardware and software. We have not had any instance of cyber intrusion ever, said a representative of a cloud ERP company.

But a little known cloud accounting software provider in the Ukraine has been tagged as the unwitting conduit for the NotPetya virus, highlighting the potential for massive and extensive damage if a major global provider were to fall victim to cyber intrusion. The incident underlines the importance of due diligence in choosing cloud providers and what processes – whether non-core such as email or core systems such as financial management and HR – should migrate to the cloud.

If cyber attacks do become more prevalent and virulent, as currently expected, finance departments will be faced with a new calculation: whether to beef up spending on in-house IT to protect on-premise systems, or entrust those systems to cloud providers and hope their cybersecurity infrastructure is strong and dynamic enough to withstand cyber attempts.

Part of that new calculation is cyber insurance, a new product that insurance companies are marketing to spooked organizations. The policy covers a variety of damages, including business interruption loss, data loss and restoration, legal costs including contractual indemnity, crisis communications expenses, liability from failure to maintain confidentiality of data, and regulatory investigations expenses.

The talent-management discussions this year featured an interesting overlay: the impact of automation, robotics and artificial intelligence on finance teams

An insurance representative in Singapore acknowledged that very few in Asia have taken out cyber insurance, though the product is gaining traction in the US. But the expectation is that interest will pick up as the news flow around malware, ransomware, cyber theft and other cyber attacks intensifies.

One side benefit of talking to an insurance provider, he said, is the chance to assess the company’s current cyber security situation. That process could red-flag deficiencies. Organizations found to have robust infrastructure and systems, he added, can expect to be charged lower premiums.

Ever since CFO Innovation organized its first forum in 2010, the issue of talent recruitment, development and retention has always been a key area of interest. The discussions this year featured an interesting overlay: the impact of automation, robotics and artificial intelligence on finance teams, particularly on older finance professionals.

It is still early days. But the hope is that the new technologies will not make finance folks redundant, but instead free them from the grunt work of transaction processing and other routine work to focus on forecasting, analytics, business intelligence and business partnering.

In Singapore, however, one finance controller said her company’s long-term aim is the automation of the finance function to the extent that it will need only five people – from the current 20-strong team. That caused a stir, but the prospect seemed remote to many in the room who are still faced with a finance talent shortage.

Time will tell, as always. CFO Innovation will be tracking the revolution (or more likely evolution) of these concerns and areas of interest in specific economies and across the region in years to come.