Indonesian Economy Grew 5.27% in Q2, the Best in More than Four Years 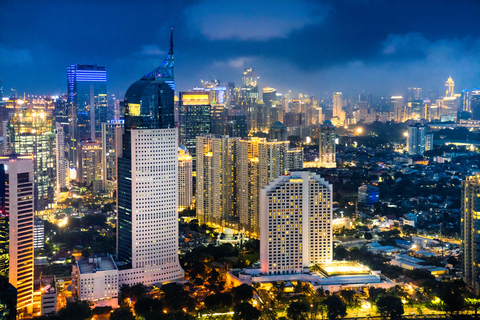 Indonesia’s GDP grew 5.27% year-on-year in Q2, according to the data of country’s Central Statistics Agency.

It’s the best growth in four and a half years and serves as a confidence lifer given the country’s economy expanded 5.06% year-on-year in Q1, which is far below its projection of 5.4%.

However, there are also concerns as results of a survey published by the statistics agency indicate that lower income projection made consumers less confident.

In addition, a key rate hike by 100 basis points in May might also slow demand, while there could be more hikes in the year as the country is having problems stopping its currency Rupiah from further fall.

Repatriated earnings can help the country refill its declining foreign exchange reserves, which the central bank uses to prevent sharp drop of the Rupiah amid a heavy selloff in emerging market currencies.

After touching an all-time record high of nearly US$132 billion in January 2018, the country’s foreign exchange reserve has kept dropping.

According to data of Bank Indonesia—the country’s central bank— foreign exchange reserves fell US$1.5 billion in July to $118.3 billion.

BI said the reserves were used in July to defend the Rupiah and pay for the government’s external debt defend the rupiah.

The end-July reserves level was equal to 6.9 months of imports, above the international adequacy standard of three months, the central bank said in a statement.

The Rupiah has depreciated 6.6% against the US dollar due to the US hiking cycle and capital outflows from the Indonesian market, Natixis pointed out. In response, Bank Indonesia hiked the 7D repo rate by 100bps to 5.25% since May 2018 to support the currency even with inflation remaining manageable within the target band.

"Although the hikes successfully prevented the Rupiah from being the worst-performing currency in emerging Asia and the central bank from using reserves to support the currency, tighter monetary condition will weigh on growth, as signaled by slowing investment growth," the investment bank said in a statement.

The Indonesian government aims to grow the economy— the 16th largest economy in 2017—by 5.4% for the entire year.

Last month, the World Bank has cut its annual growth forecast for the country to 5.2% from the 5.3% projected earlier this year, amid volatile global financial conditions that have forced the central bank to tighten monetary policy.

The World Bank’s projection in line with those by the Asian Development Bank and IMF, which put their estimates at 5.2%.