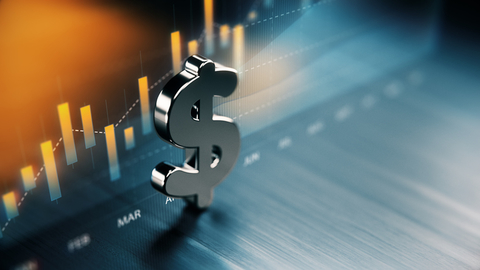 While the minutes of the July 31-Aug 1 Federal Open Market Committee (FMOC) meeting released yesterday signals interest rate increase next month, Trump—who told Reuters earlier this week in an interview that he wasn’t thrilled with the central bank’s rate hike—could weaken the US dollar via five policies.

According to ING, these five policies are:

However, some of them are not likely to be deployed and their impact varies, ING said.

The most likely policy is pressuring major trading partners to strengthen their currencies, whose impact would be medium, ING noted.

“We have already seen the White House tie currency clauses to any new trade deals – with the updated US-South Korea trade agreement (KORUS) a good example,” ING said in a statement.

Indeed, this may also be a tactic that President Trump is currently employing with China on any forthcoming trade deal – with headlines crossing the newswires last Friday that Washington will put pressure on Beijing to "lift" the RMB as part of upcoming talks, the bank pointed out.

“The effectiveness here shouldn't be underestimated; a more stable – and even higher – RMB would be transmitted across other closely-linked currencies,” it added.

US FX intervention is not likely and the impact would be limited, according to ING.

For ESF (Exchange Stabilization Fund) interventions that involve buying FX assets – which have historically largely been in EUR and JPY – USD assets on the ESF balance sheet need to be sold.

"In a fully-fledged risk-off market, negative Trump comments on the USD would have a negligible—and potentially non-existent—short-term impact"

As of July 31, 2018, there are only more than US$22.27 billion dollar-denominated assets held on the ESF balance sheet—all in US government debt), the bank pointed out.

Even if the Treasury Secretary instructed all of these to be used to purchase FX assets, the direct impact on a USD market that has a US$4 trillion daily turnover would be fairly muted, ING added.

Changing the game for the Fed: Unlikely despite high impact

A more effective way to weaken the greenback would be to alter the rules of the game for the Fed in a way that would force them to adopt a slower tightening path.

However, it’s difficult to see Congress passing any change in the Fed’s mandate that would effectively force the central bank to adopt a higher inflation target, said ING, adding that it is the FOMC that holds the mandate to set the explicit level for the inflation target.

Further criticism from the White House over the Fed's tightening approach could have two indirect consequences though, according to ING.

It could in the short-term force the Fed to more likely than not err on the side of caution whenever the decision to raise interest rates is clos, said ING.

It might get the FOMC re-thinking its long-run monetary framework, the bank added.

The most likely action from Trump is ongoing talking down of the dollar and US interest rates, said ING.

“The effectiveness of this has been mixed and we think the prevailing market conditions matter for whether the impact is sustained,” said ING. “For example, in a fully-fledged risk-off market, negative Trump comments on the USD would have a negligible—and potentially non-existent—short-term impact.

ING identifies the following channels through which any Trump jawboning could weigh on the dollar in a normal market environment:

A US sovereign wealth fund is unlikely

One final and very left-field idea to weaken the dollar – or at least put a lid on dollar strength – would be for Trump to build the US’s sovereign wealth fund (SWF), said the bank.

Typically SWFs have been created by those nations running huge current account surpluses—largely on the back of natural resource exports—and have chosen to save those export proceeds for future generations, ING pointed out.

Thus the likes of Norway and the Middle East have some of the largest SWFs in the world and conduct regular FX buying operations to prevent those export proceeds driving the domestic currency a lot higher, the bank added.

“Its typical position of a net debtor on the current account would not make the US a conventional candidate for an SWF,” ING said. “But these are unconventional times and were Trump to instruct the US Treasury to build up FX reserves for the purpose of capitalizing an SWF at some future date, the move could serve to knock the top off of an emerging dollar bull trend.”