How to Fight Protectionism and Close the Trade-Finance Gap 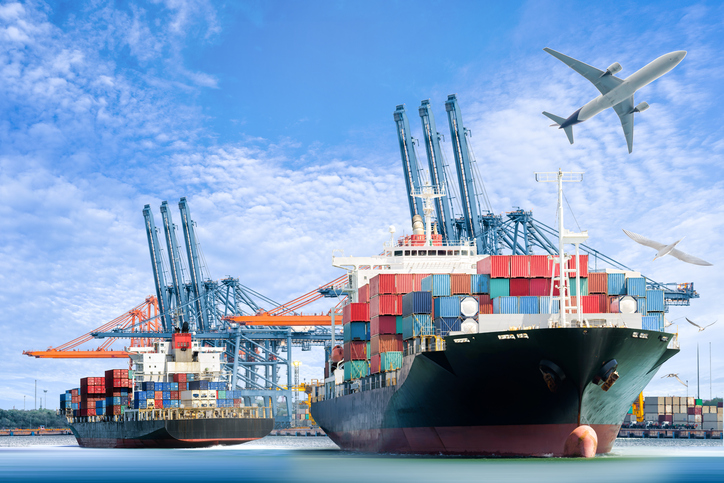 In spite of recent challenges to growth, Asian trade has remained resilient. The region has helped to bolster recent global trade figures – with ASEAN exports, for example, growing 12% from 2013 to 2016 to reach US$875 billion.

Yet, where world trade once grew at twice the rate of GDP, the World Trade Organization’s (WTO) forecast for world trade growth in 2016 was a rate of just 1.7% – slower than global GDP for the first time in 15 years.

The WTO 2013 Trade Facilitation Agreement finally came into full force in February this year. TFA is forecast to slash trade costs by an average of 14.3%

If the huge opportunities in Asia are going to be realized, the wider trade finance industry must work to combat slow global growth by addressing the challenges holding back trade. Of these, three stand out as critical: increased Western protectionism; China’s economic slowdown; and, crucially, the widening gap of trade-finance availability.

Driven by concerns about economic and political risk and a marked increase in Western protectionism, the global trade landscape is experiencing a period of instability. Between mid-October 2015 and mid-May 2016, the G20 economies introduced 21 protectionist trade-restrictive measures a month – the fastest pace since 2008’s financial crisis and the subsequent protectionist fallout.

Moreover, the recent US rejection of the Trans-Pacific Partnership (TPP) trade agreement has had serious implications for the five Asian member countries and their future economies. Vietnam, for example, was predicted to experience an 11% rise in GDP by 2025 as a result of the deal.

This is just one example of rising anti-globalization feeling coming from the new administration in the United States, fueling fears of a new “anti-export” trend that would threaten the successful establishment of subsequent trade agreements.

The strength of the region

Principally, the region with the most promise and potential to lead the way is Asia. Though China’s economic slowdown and reduced commodity consumption are of some concern, with exports falling 7.7% year-on-year in 2016, the world’s second largest economy is making concerted efforts to combine the strength of the region.

Moreover, in a move that has inspired some renewed optimism for global trade, the WTO 2013 Trade Facilitation Agreement (TFA) finally came into full force in February this year. Aimed at reducing tariff and non-tariff barriers to trade, the TFA is forecast to slash members’ trade costs by an average of 14.3% and potentially boost global trade by up to US$1 trillion per year.

Furthermore, while the WTO is focused on reducing institutional barriers to trade, China is looking to reduce physical, political and cultural barriers in the region with the One Belt, One Road project, funded in part by the Asian Infrastructure Investment Bank (AIIB).

“One Belt” refers the land-based Silk Road Economic Belt, stretching from Hong Kong to Scandinavia; “One Road” refers to the addition of shipping lanes to the Maritime Silk Road. One Belt, One Road comprises more than physical thoroughfares. It is a project aiming for economic, political, social and cultural co-operation between China, Asia and the rest of the world.

In turn, this is inspiring increased levels of intra-regional trade and FDI.

Moreover, the idea of China as “the world’s factory” is being challenged by growing production strength elsewhere in the region. Indeed, as more and more low-end manufacturers move from China to other Asian countries such as Vietnam and Cambodia, the collective strength of the region is becoming abundantly clear.

In this respect, too, Asian initiatives that aim to bind the region closer together and forge stronger international ties – in trade, economics and politics – are hugely exciting and contribute to the global view of Asia as a strong and diverse region.

An unintended consequence of increased regulations and subsequent de-risking by banks, developing Asia faces difficulties in financing US$692 billion in trade transactions

One of these forces is the ASEAN Economic Community (AEC), whose goal is not only to promote trade opportunities by facilitating movement towards a globally competitive single market, but also to promote interregional economic, political and social cooperation.

With a collective GDP of US$2.6 trillion and a population of over 622 million, the AEC’s potential influence is immense. Most importantly, it aims to support the free flow of goods, services, investments and capital between its 10 member states.

Moving through its milestone 50th anniversary year as a highly successful regional community, the ASEAN is well poised to embark on its next stage of development and integration with the AEC. If ASEAN’s last half-century is anything to go by, the rest of the world will witness the AEC and, by extension, Asian trade, prosper in the coming years.

As the AEC aims for regional cohesiveness, so the Regional Comprehensive Economic Partnership (RCEP) strives to widen that cohesive geographic space. The RCEP is a prospective free trade agreement that has the capability to produce results of real value.

As well as all 10 ASEAN countries, the RCEP includes India, Australia, New Zealand, Japan, South Korea and – its instigator – China. Moreover, following the US rejection of the TPP, the RCEP is looking to be unchallenged, and increasingly likely to succeed.

Without doubt, Asia is a region full of opportunity. With a rapidly growing consumer base, a hunger for growth and new influential initiatives in place, trade in Asia has the potential to flourish. Yet, in order to do so, it requires effective trade finance methods and global financial collaboration

This will involve overcoming the final hurdle: a daunting US$1.6 trillion trade-finance gap, of which developing Asia (including India and the People’s Republic of China) accounts for 43%. The region’s companies face difficulties in financing US$692 billion in trade transactions.

An unintended consequence of increased regulations and subsequent de-risking by banks, the trade-finance gap is perhaps the most significant barrier to trade, particularly in Asia. Indeed, following increasing regulatory measures, 34% of bank respondents in Asia have reported the termination of correspondent relationships due to compliance issues.

This is where global trade reinvigoration demands a global response. In order to bridge the trade finance gap, the wider industry must work towards two vital goals: technological innovation and collaboration.

Banks and corporates in Asia and across the world are increasingly looking to leverage the powerful capabilities of technological innovation to enhance trade. In particular, there is growing excitement surrounding the transformative potential of distributed ledger technology, with the blockchain making a huge impact across the industry.

Crucially, once a “block” or document is placed on the blockchain, it is in the public domain and is irrevocable. This means it can provide unparalleled levels of transparency and legitimacy and, as such, could help to address risk-related concerns.

In turn, blockchain could play a potentially significant role in reducing barriers to trade and, consequently, the trade finance gap itself.

Banks are already exploring the possibilities of blockchain to tackle issues of fraud and multiple financing. For instance, supported by the Infocomm Development Authority of Singapore (IDA), two groups of banks have started separate initiatives to develop a blockchain based system.

One of these pairings is DBS and Standard Chartered (SCB), which are pursuing an initiative called TradeSafe. Using the details of an invoice, TradeSafe creates a unique “hash value” and stores it on a ledger. Any attempts to use the same invoice by another bank would not be possible, thus preventing multiple financing while preserving confidentiality.

Rapid advances in technology hold the potential to bring about considerable benefits for trade. Yet, to fully leverage effective digitization strategies, the combination of skillsets across the industry will be invaluable

Developments in technology are integral to the success of trade finance. APIs (Application Programming Interfaces, which are tools that can be used to build software applications and also seamlessly link them together) could significantly enhance trade.

Importantly, their interoperable and customizable capabilities are enabling banks and clients to work far more collaboratively on the development of new solutions, allowing clients to benefit from customized, value-added offerings.

By promoting ease of communication and an intrinsically collaborative environment, APIs have the potential to enact change across the trade landscape. Indeed, such client involvement will not only help to generate greater understanding of new technology capabilities, it will help to ensure that the digital trade landscape evolves in accordance with client needs.

Understanding the importance of APIs, we at BNY Mellon have developed NEXEN, an industry-leading, cloud-based ecosystem that integrates solutions and data from BNY Mellon, clients and select third-parties (including fintechs).

Such a system can transform the client experience, providing cohesion, flexibility, security, and end-to-end analytic insights – as well as driving industry collaboration, interconnectivity and efficiency.

Certainly, the rapid advances in technology hold the potential to bring about considerable benefits for trade. Yet, to fully leverage effective digitization strategies, the combination of skillsets across the industry will be invaluable.

And none more so than correspondent banking partnerships. The combination of local experience, global connections, a breadth of knowledge and sophisticated technology can help to ensure trade opportunities are leveraged to the full.

Not only can partnerships between local and global banks in underserved markets help to kick-start renewed buoyancy in trade. They are also a powerful means for banks to share expertise and capabilities in order to provide the very best for clients and their trade experiences.

Fundamentally, and especially in the face of rising protectionism, it is crucial to recognize that trade continues to be the driver of the global economy. In order for the trade sector to produce the results it is capable of, the industry as a whole must work together to support and facilitate opportunities within it.

In short, through proactive collaboration and the pursuit of higher transaction visibility, the wider industry can reclaim the narrative surrounding global trade and, crucially, seize the huge opportunities promised in Asia.

Dominic Broom is Global Head of Trade Business Development at BNY Mellon, which provides investment management and investment services that help individuals and institutions to invest, conduct business and transact in markets. The views expressed herein are those of the author only and may not reflect the views of BNY Mellon.